Calheiros and Randolfe talk about the Armed Forces: “Nobody will intimidate” 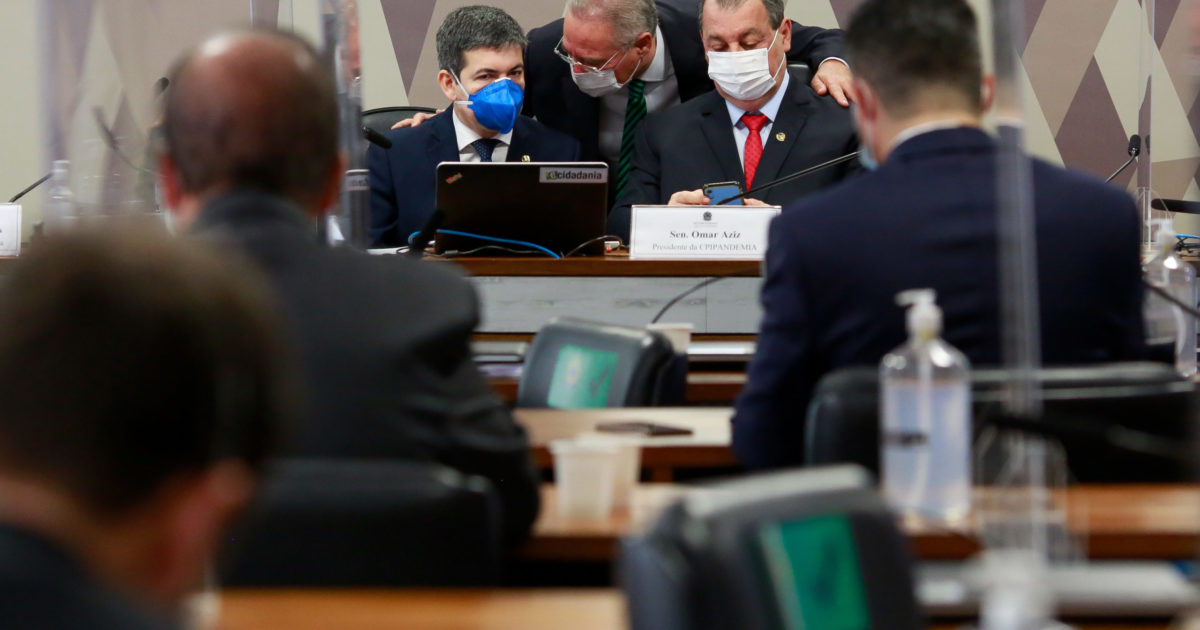 Senators Renan Calheiros (MDB) and Randolfe Rodrigues (Rede) said this Thursday (8.Jul.2021) that Covid’s CPI investigations will not be stopped because of “intimidation”. The two referred to the note, released on Wednesday night, by the Armed Forces.

“This Parliamentary Inquiry Commission, which is an institution of the Republic, cannot be threatened under any pretext”, said Calheiros during the CPI session. “You can’t confuse our role or think it’s going to intimidate us. We’ll investigate, no matter what”, completed the CPI rapporteur.

Randolfe stated that the commission sees the responsibility of Colonel Élcio Franco and said that his attitudes “ashamed” the Armed Forces. The vice president of the CPI also said that he is sure that “good military” agree with him.

Calheiros said the investigation is “removing the mask of a scheme that worked at the Ministry of Health and which led to the aggravation of the number of deaths among Brazilians” because of covid-19. “Well, whether this will reveal the participation of civilians or military does not matter,” he said.

On Wednesday night, the Ministry of Defense and the commanders of the Armed Forces repudiated statements by senator Omar Aziz (PSD-AM) about the actions of some soldiers in episodes of negotiation of vaccines. During the CPI meeting. the chairman of the commission had said that “The good guys in the Armed Forces must be very ashamed of some people who are in the media today.”

Also during the CPI meeting, after being alerted to the speech by senator Marcos do Val (Podemos-ES) that the statement could sound like a criticism of the Armed Forces as an institution, Aziz still tried to soften what he had said:

“When we talk about some Army officers, of course, we are not generalizing. Unfortunately, for the Brazilian Armed Forces…So, it’s not… By no means, we are entering here in the merit that the Armed Forces have.”

But the strategy did not work. The Ministry of Defense and the commanders of the Armed Forces in an official note repudiated the senator’s statements. In the statement, it is said that Aziz made statements “disrespecting the Beloved Forces and generalizing corruption schemes”

“The Armed Forces will not accept any light attack on the institutions that defend the democracy and freedom of the Brazilian people”, informed the note. The communiqué is signed by the commanders of the Navy, Army and Air Force and by the Minister of Defense, Walter Braga Netto.

The president of the CPI stated on Wednesday (7.jul) that he considered “disproportionate” the note from the Armed Forces. Aziz also stated that “they can make 50 notes against me, just don’t intimidate me”.

The grade was shared by President Jair Bolsonaro and by Minister Onyx Lorenzoni (General Secretariat), who try to assert the narrative that the objective of the CPI is only to pursue the president.