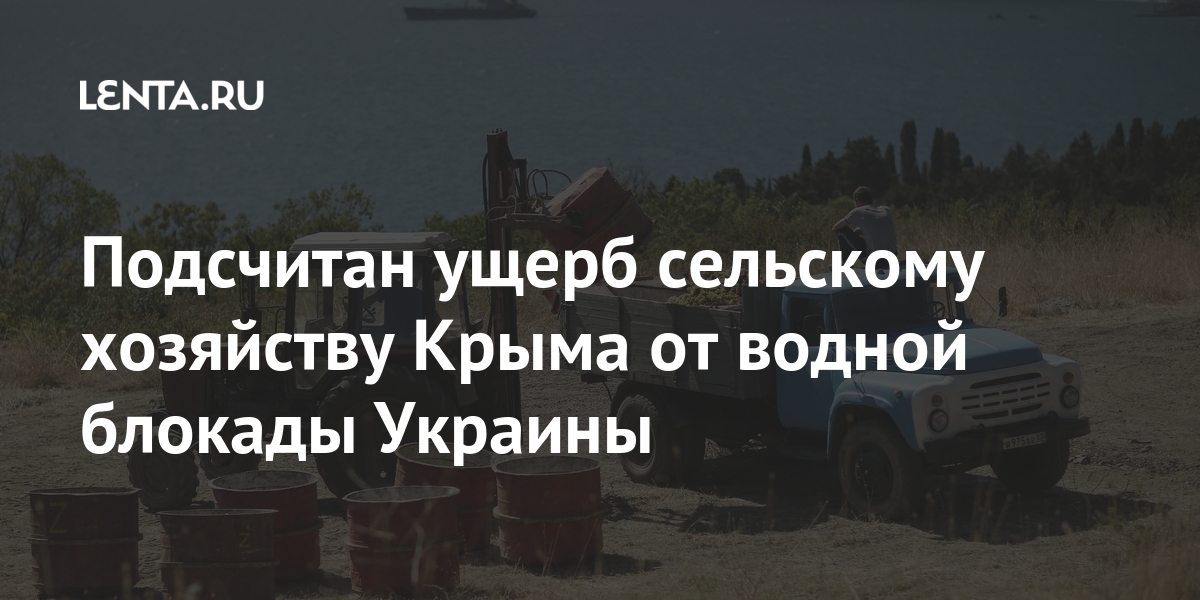 According to preliminary estimates, the damage to the Crimean agro-industrial complex due to the water blockade from Ukraine exceeded 200 billion rubles. About this agency TASS told the regional Ministry of Agriculture.

The blocking of the channel significantly affected the yield, agricultural production and the profitability of the industry. “Due to the termination of guaranteed irrigation, moisture-dependent crops – corn, rice, soybeans – are almost completely excluded from the crop rotation. The volume of production of vegetables in open ground has been significantly reduced, ”the ministry said.

The fishing industry and animal husbandry also suffered significant losses. Another consequence of the water blockade in the ministry called a reduction in the production of forage crops, as a result of which the number of farm animals was reduced.

Earlier, the permanent representative of the peninsula under the President of Russia, Deputy Prime Minister of the Crimean government Georgy Muradov said that Crimea would not ask for water from Ukraine. “Ukrainian nationalists should not be happy that they managed to create difficulties for the Crimeans,” the politician said. He promised that the authorities of the peninsula will resolve the issue of water shortages. The Permanent Representative said that the issue will be resolved thanks to the collection of fresh water, active desalination of treatment facilities and the construction of dams, reservoirs, desalination stations.

Earlier, the speaker of the State Council of Crimea, Vladimir Konstantinov, said that the peninsula will be in litigation with Kiev because of the damage caused by the water, energy and transport blockade. He explained that Russia was forced to spend billions because of the actions of Ukraine.

Crimea became part of Russia in 2014 after a referendum in which the majority of the inhabitants of the peninsula supported this decision. Ukraine considers this territory annexed, which is why it blocked the North Crimean Canal running from the Dnieper, which previously provided more than 80 percent of the peninsula’s fresh water needs.

FIFA deepens the reform of the transfer system and governance rules

8 years and 12 kilos: the girl who is a symbol of the abandonment of the Yanomami in Brazil