CaixaBank reduces layoffs to 6,750 people when there are hours to close the ERE negotiation 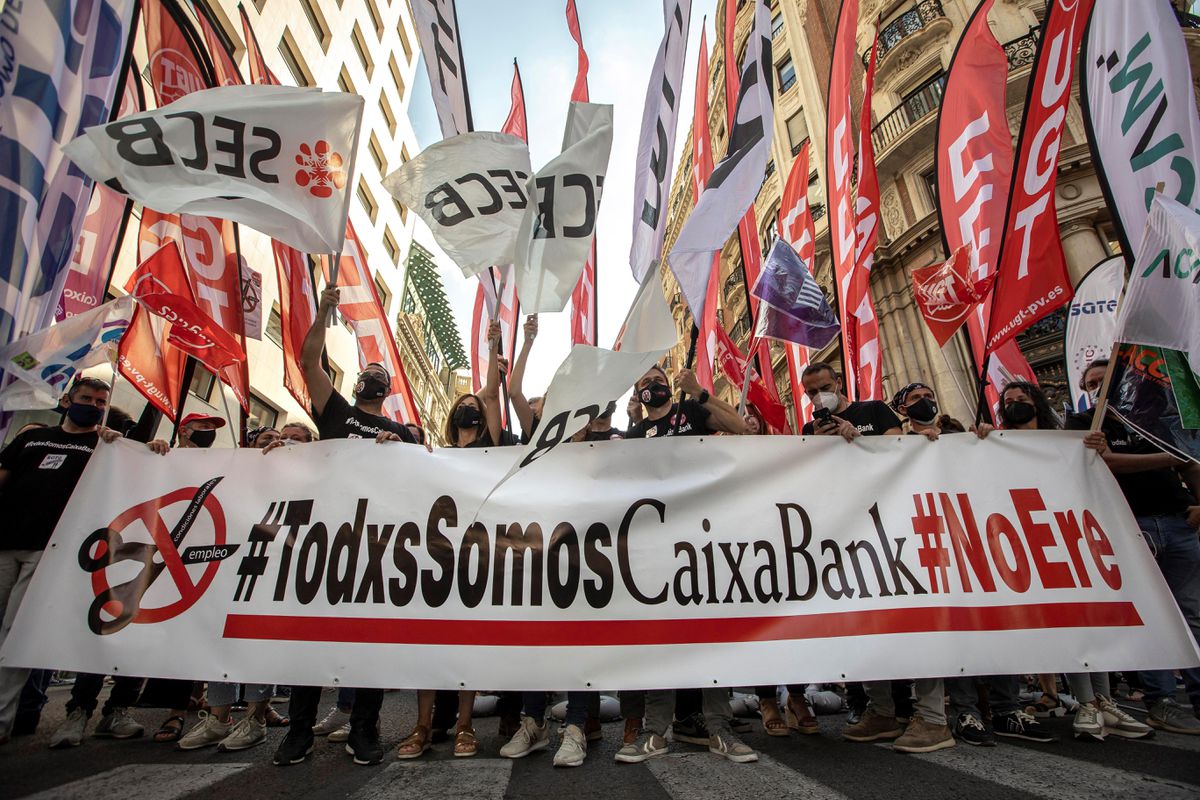 Many eyes are on the negotiation of the CaixaBank ERE. Among them, those of the Government, who through the mouth of its second vice president, Nadia Calviño, has demanded a union agreement in the negotiation of the file, the largest in the bank and one of the most numerous in the Spanish business sector. The State owns 16% of the bank’s capital due to its former controlling stake in Bankia, which was merged with the Catalan entity.

CaixaBank’s management presented a new proposal to the unions on Tuesday that reduces the number of people affected by the ERE to 6,750. Of this figure, 686 are kept as relocations in subsidiaries of the CaixaBank group, while the rest are decreases in the estimate of surplus. This represents a reduction of 1,541 workers compared to the 8,291 positions that were to be eliminated initially. The decrease is 18.6%, less than that of BBVA, which was close to 30% of the figure initially presented.

The company has also proposed measures of geographical and functional mobility so that departures take place, whenever possible, maximizing voluntariness. It is a new offer when, in theory, there are hours left to close the negotiation, something that should occur before this midnight. However, the lack of agreement suggests that it could “stop the clock” and keep the conversations until dawn.

The unions have not responded to the bank’s proposal, but they want the reduction in layoffs to reach 6,300 employees. Meanwhile, they recount the success of the strike this Tuesday. CaixaBank union sources affirm that the strike has caused the closure of more than 90% of the branches and a decrease in activity of more than 95%. The company has not given its figures on the incidence. In addition to keeping the branches closed, thousands of workers have protested in the street against the ERE and demand that all exits be voluntary. According to the UGT, in many autonomous communities, office closures reach 100%.

The differences between the entity’s proposal and the objectives that the unions want to achieve focus on the exits by quotas, especially by provinces, that CaixaBank wants to carry out, and that the unions fear that they will cause forced dismissals.

The entity chaired by José Ignacio Goirigolzarri is experiencing moments of anxiety. On June 22, the first strike was held at CaixaBank in the 117 years that the entity that has created the bank has been. And in a week it has had its second strike, also with a majority following that has paralyzed its activity.

Fit the puzzle of the templates by provinces

Unions have broken a traditional calmer way of bargaining because they are unwilling to accept forced exits. The bank wants to ease some regions where it has a lot of presence because both Bankia and CaixaBank were already very present before the merger. This is the case of the Balearic Islands, a territory of origin for the Catalan bank, which joins the great presence of Sa Nostra, the bank integrated into Bankia.

The new bank also has a large presence in Andalusia and is presenting high dismissal figures that could lead to forced exits. Sources of the entity point out that the lack of mobility from one region to another, or from one province to another, makes it more difficult to organize the balanced design of the workforce and they fear that many workers could leave areas where there are not enough, while it maintains the surplus in other regions.

The distance is so important that the unions affirm that they could challenge the ERE if CaixaBank does not finally accept to incorporate voluntariness into the planned exits of employees, for which they would have already contacted lawyers.