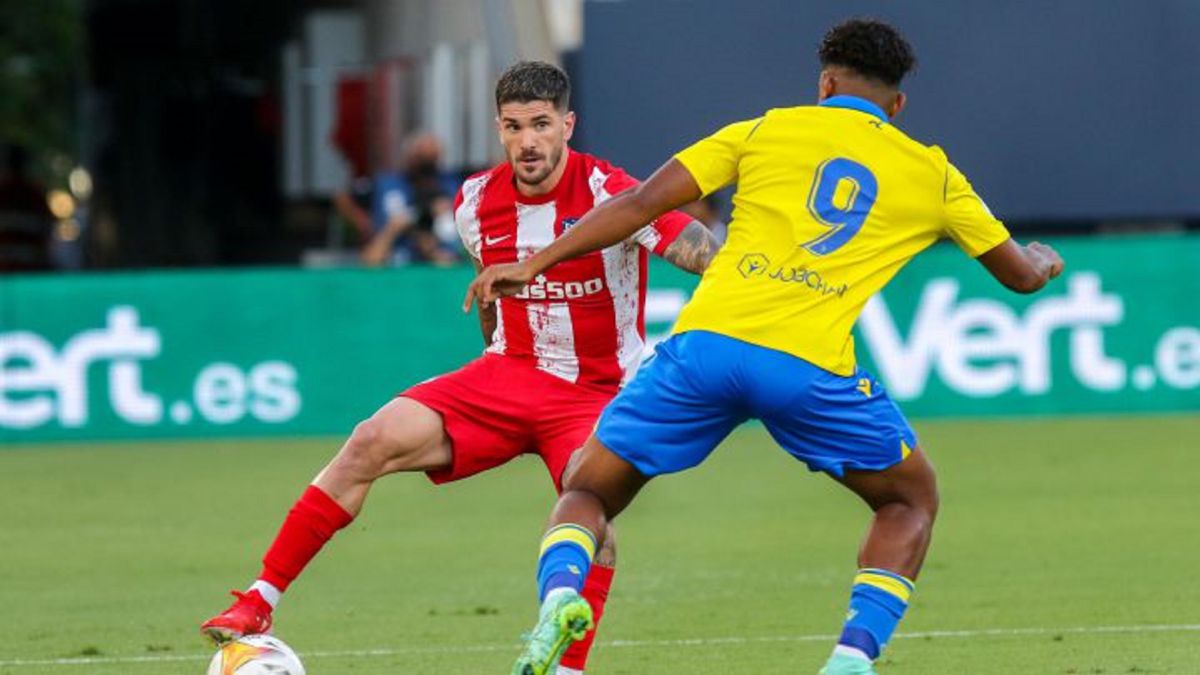 He had received one last hug from Paul as soon as he jumped up, stood to the right, and looked around. The stands roared, the throats dull for so long. He was hugging Kondogbia, partner in the center. That the Argentine graduated, the rojiblanca was dressed for the first time. All eyes were on him. He is Atlético’s summer signing, the man Simeone asked to dress him as a soldier.

Cádiz did not make it easy, nothing, from the beginning, wanting to appear in his photo, that for something Carranza is his tournament, his reunion with the public, this long year and a half later. He entered the game better, more done, cooked, commanded by Choco. The Atleti, still Frankenstein, among the new ones, the returns, the cholitos that remained (Giuliano and Garcés). With Simeone insisting on his plan, the five men behind, Saúl showed his best version again from the left lane.. With passes, overflow, stride, that when Simeone sends him there for something and Simeone hits more than he is wrong. Carrasco, his man with the most imagination, occupied the right, although not even with freestyle dribbles did he escape from the Cervera cage. De Paul, ahead of the centrals, began his story at Atleti with a pipe that shouts: “Things are going to happen …”. And they were passing. 40-meter passes, work back, good footing.

Cádiz threatened, yes, but without intimidating. And the rojiblancos were growing on that good Saúl, his band, a knife, and the easy football of Lemar, as good shrimp. It was minute 40 when Carrasco, finally, broke the cage. The goal was signed by him, with a foot and left foot, but he was born from the hunger of a boy, Giuliano, who is all Simeone.

When the game returned from halftime, De Paul’s first 45 ‘with the rojiblanca had ended. With little things, yes, but little indictment. You know, game by game. The duel continued, with the first changes, cholitos back on stage and Cádiz as at the beginning, more and better mixed, done. Camus took a sung goal from Akapo out of Oblak’s goal while the stands did not stop thundering. The public had been entering the field, that place that is more home than many homes, since 7:18 p.m. “To return is to win” that read several posters distributed by the access doors to the stadium. Since the warm-up, the palms did not stop clapping, as if shaking off the dust of so much absence, happy, joyful, applauding just for that, to reconnect with their seats, the afternoon sun falling on the seat of preference, the yellow filling the palms, the backs and the throats.

They had reasons to thunder. Cádiz had taken control, cornered from his left wing, with Nano and Akapo, and did not stop intimidating, now, in the Oblak area. Perea through. Perea in everything. The goalkeeper premiered his gloves in a close-range shot of his and Montero pulled out as best he could a ball that fell like a bomb in his domain with Nano and Jonsson throwing themselves at it to explode it. In the Cádiz area, meanwhile, nowhere. The Atleti was rocky but, without Carrasco, as harmless as calm water. Even Saul had turned pale. And so much was the yellow jug going to the fountain that, of course, it ended up breaking: six minutes from the end, Perea put the gooool Carranza again in the mouth, beating the Slovenian with a low shot. Draw, penalties, and Cádiz bent in De Paul’s photo– He took the tournament flawless on penalties without Oblak stopping any on the afternoon when, when he started with a hug, it only brought that name as a Levante wind: De Paul.

REFEREE: Munuera Montero, from Andalusia. He admonished Alarcón (14 ‘) and Montero (58’).