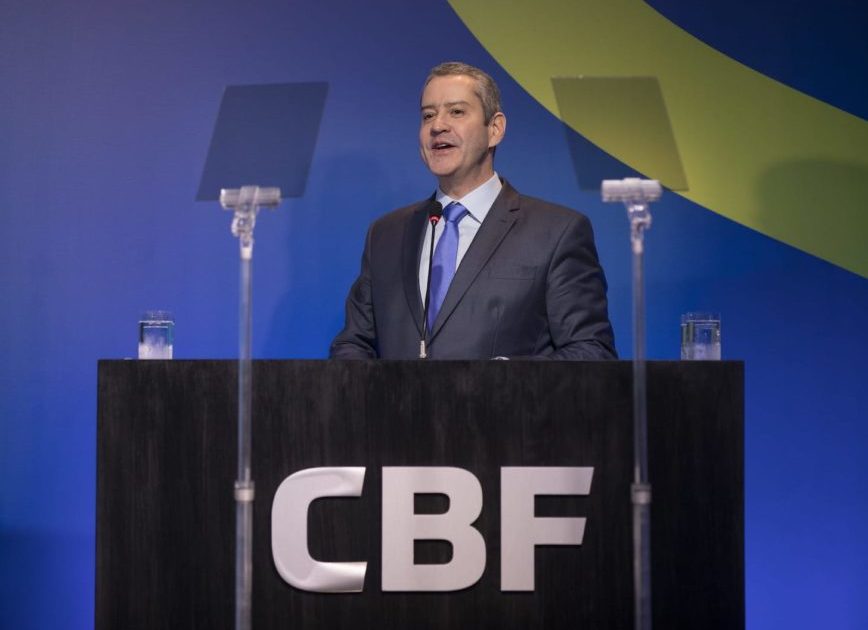 The president removed from the CBF (Brazilian Football Confederation), Rogério Caboclo, accused Marco Polo Del Nero this Thursday of having proposed an agreement worth R$ 12 million so that an employee of the entity would not file a complaint of sexual and moral harassment against Caboclo.

Del Nero is a former president of the entity, and was banned from all activities related to football by FIFA. The harassment complaint was filed by the employee on June 4th. Two days later the president was removed from office for a period of 30 days.

Caboclo released a hand-drawn note supposedly from Del Nero with the value, “amount that should be paid by CBF as compensation to the employee in exchange for not filing the accusation.” according to the removed president.

The full note of Caboclo’s note was published by the portal ge:

The president of the CBF, Rogério Caboclo, reveals further scathing proof that Marco Polo Del Nero, former president of the confederation banned from football, was the one who brought the R$ 12 million proposal to prevent an employee from filing an accusation with the Council of Ethics of the entity and make it public.

It is a note made by hand by Del Nero pointing out the amount of R$ 12.409 million, an amount that should be paid by CBF as compensation to the employee in exchange for not presenting the accusation. Right in front of the number 12,409 was written: “corresp [correspondente] 20 years of salary, transferring to the present value at a rate [de correção] of 2.75 [%] Yearly”.

To the portal, Del Nero said that “the unfortunate Rogério Caboclo is perverse”.

“In addition to his tempestuous talk and stumbling walk, and through this inflated ego, hardened liar, he travels in hallucinations, thinking he can hide his harassments, leveraging disconnected and untrue accusations against others. I advise you to take care of yourself and the victims”, said the former president.