Cable car accident in Italy: Eitan (5) informed about the death of his family – lawyer with depressing details 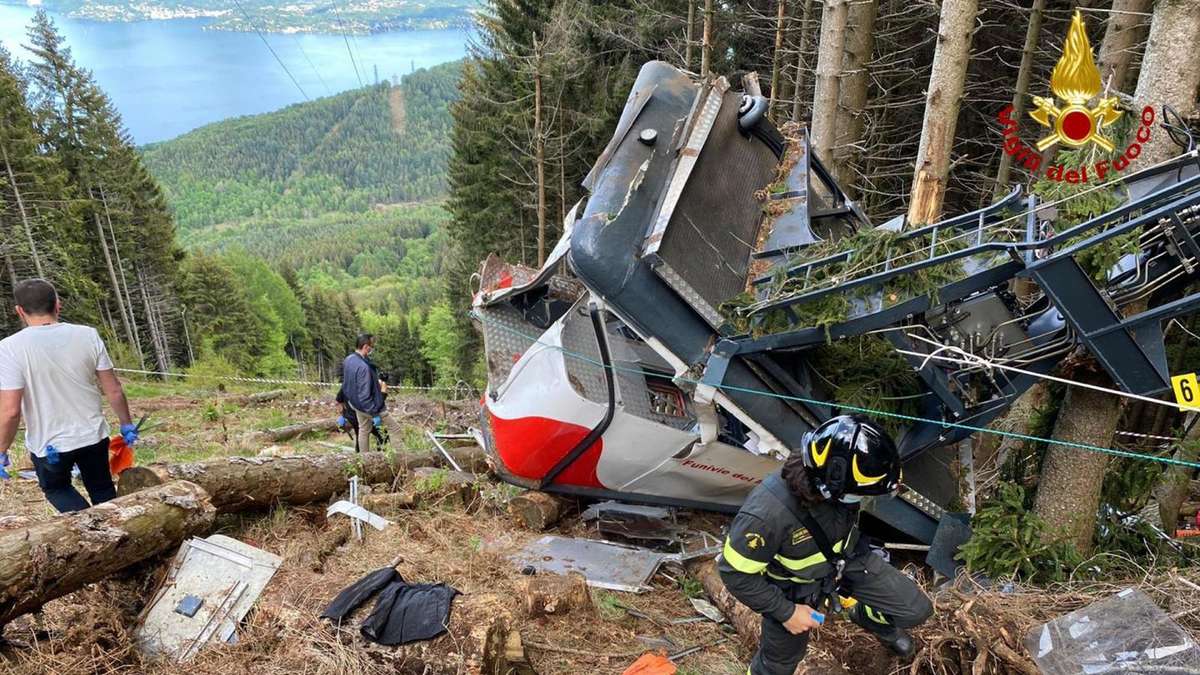 After the cable car accident in Italy, the only survivor is still in a clinic. However, the five-year-old now knows about the fate of his family.

Verbania – It is a tragic accident that has deeply shaken Italy and the people beyond. The crash of the cable car west of Lake Maggiore in the Piedmont region claimed 14 lives, and only one young boy survived the accident. Now relatives are said to have told the five-year-old the truth about the crash on Pentecost Sunday.

Cable car accident in Italy: boy is still in hospital

The cable car was just before the mountain station when it crashed and crashed on the slope. Any help came too late for 14 people, only little Eitan survived the gondola crash. As rescue workers explain shortly after the rescue, the little boy probably owes his life to his parents, who had taken him protectively in their arms at the moment of the crash. Little Eitan fought for his life for days, while his parents, great-grandparents and little brother could only be rescued dead.

As Italian media reported in the days after the accident, doctors are said to have advised not to tell the boy the truth about the death of his parents at first. The trauma that such a message could trigger in the still seriously injured child is too great. In the meantime, however, little Eitan should know about his fate and that of his closest family, at least that’s what the Italian newspaper reports La Repubblica. According to this, the boy’s aunt, who rushed to her nephew’s bedside immediately after the tragic accident, and a psychologist talked to the little boy about the tragic accident of Pentecost Sunday.

As the paper explains, citing the family’s lawyer, Cristina Pagni, little Eitan is still in the hospital. However, the five-year-old is no longer in mortal danger. As the lawyer reports, his family is helping him to cope with the unimaginable. Accordingly, immediately after the accident, his aunt, grandma and grandpa traveled to Italy to stand by little Eitan’s side.

The exact background of the accident has still not been fully clarified, for a previously unexplained cause the cable of the cable car broke. Actually, the emergency brakes should have applied at this moment, but these were apparently manipulated. As a hobby filmmaker claimed with his own recordings a few days after the accident, they may have been manipulated for years.