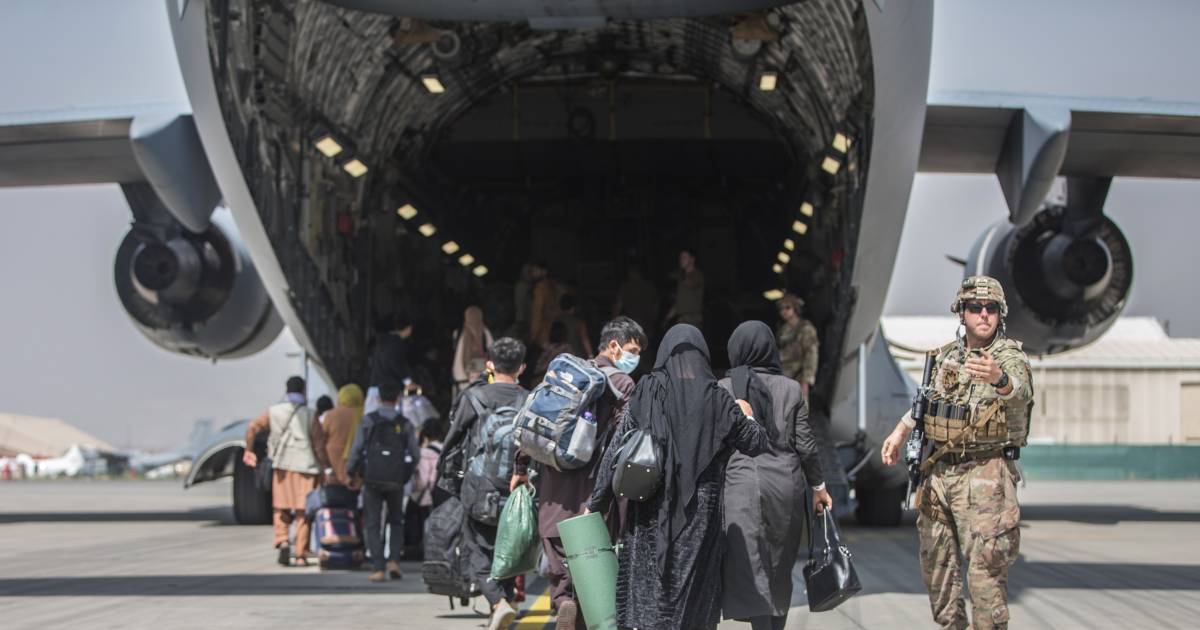 Dutch and Afghan evacuees no longer have to come to Kabul airport under their own power. Dutch soldiers who are in Afghanistan are now also going into the city to guide stranded people past the Taliban. Previously, this was still taboo for the cabinet.

The cabinet describes the new working method in response to parliamentary questions. Some of the 90 soldiers present ‘assist the evacuees to reach the airport’, write outgoing ministers Ank Bijleveld (Defence) and Sigrid Kaag (Foreign Affairs) to the House of Representatives.

Insiders report that it is actually about collecting people. This is not said in so many words ‘in the interest of the safety of our soldiers, diplomats and evacuees’. The ministers do not want to “endanger the operation”, they write. The cabinet takes ‘serious account’ that not everyone can be ‘evacuated in time’.

Time is running out

The cabinet previously stated that stranded Dutch nationals and Afghan helpers had to make their own way to Hamid Karzai International Airport. This turned out to be impossible due to the poor security situation – the Taliban have checkpoints everywhere and there is a large crowd around the airport.

Extra soldiers were already sent to the region on Saturday. At the time, the Ministry of Defense did not want to say how many people were involved. There now appear to be 28, including members of the Special Security Assignments Brigade (BSB). These elite soldiers of the Royal Netherlands Marechaussee are often deployed in dangerous countries such as Iraq or Afghanistan, also for the security of diplomats. Last week, 62 military personnel – commandos and marines – were sent along with the embassy’s emergency team to manage the evacuation at the airport.

Defense has also prepared two Cougar helicopters with crew for transport to the region, although they are not yet being used to shuttle people to the airport in Kabul. Extra special units are also being flown to a location near Afghanistan as a precaution. In addition, in the Netherlands, units of the Marine Corps and the Airmobile Brigade are on standby if necessary.