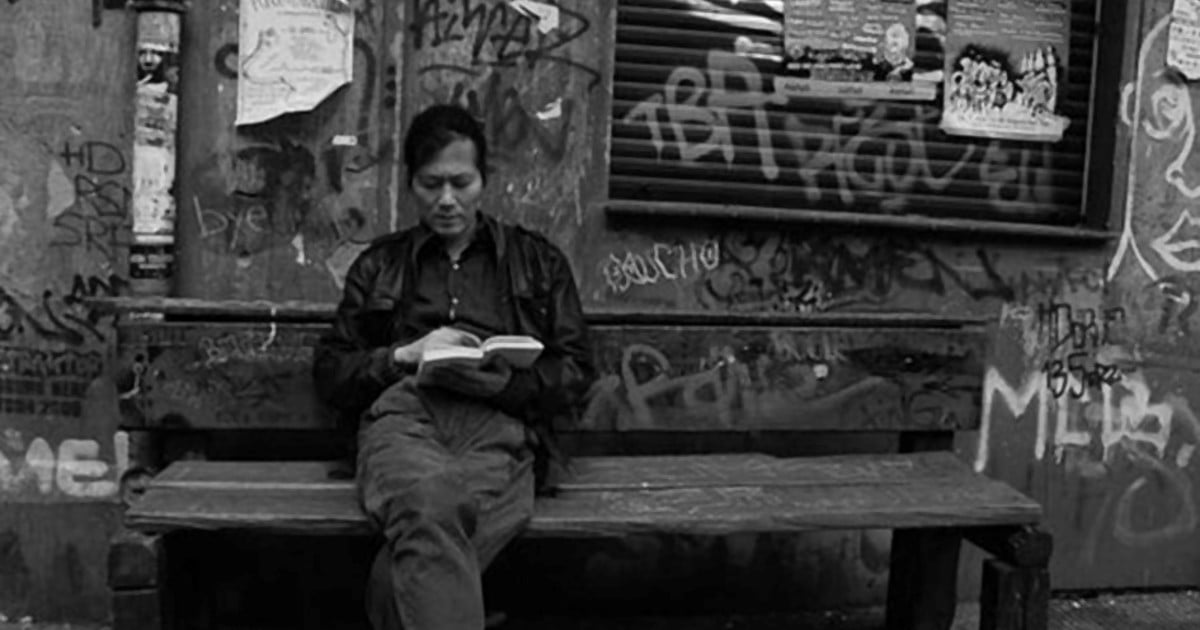 The virus is the mirror of our society. Reflects the society we live in. Today survival is absolutized, as if we were in a permanent state of war. All vital forces are used to prolong life. The palliative society turns out to be a society of the survival. In the face of the pandemic, the bitter struggle for survival is undergoing viral radicalization. The virus invades the palliative wellness zone, transforming it into a quarantine in which life is completely stagnant in survival. The more life is reduced to mere survival, the more afraid one is of dying. The algophobia it is ultimately a thanatophobia. The pandemic once again makes death visible, which we had meticulously repressed and banished. The omnipresence of death in the mass media makes people nervous.

The daughter of a migrant worker who has been quarantined at a government school waits for her father to return with food packages in New Delhi, India. AP Photo / Manish Swarup

The survival society loses all capacity to value the good life. Even enjoyment is sacrificed to high health in its own right. The rigor of the smoking ban is a paradigmatic testimony to the hysteria to survive. Also enjoyment must yield to survival. The prolongation of life at any price ends up becoming globally the supreme value, relegating all other values. We willingly sacrifice to survival everything that makes life worth living. Because of the pandemic, even the radical restriction of fundamental rights is assumed without question. We abide by the state of exception without question, which reduces life to pure survival. Under the state of viral exception we voluntarily confine ourselves to quarantine. Quarantine is a viral modality of the internment camp, in which sheer survival prevails. In times of pandemic, the neoliberal labor camp is called «telecommuting». The only thing that differentiates it from the field of work of the despotic regime is the ideology of health and the paradoxical freedom of the self-exploitation.

As a consequence of the pandemic, the survival society prohibits masses even in Easter. Even the priests keep their social distance and wear protective masks. They completely sacrifice faith for survival. Paradoxically, the charity it is expressed by keeping distance. The neighbor is a potential carrier of the virus. Virology overthrows theology. Everyone is watching what the virologists say, who in this way become the ones who have the last word. The resurrection narrative is totally superseded by the ideology of health and survival. In view of the virus, faith degenerates into a sham. It is replaced by the intensive care unit and respirators. The dead are counted daily. Death completely dominates life. It empties it into survival.

Survival hysteria makes life radically fleeting. Life is reduced to a biological process that must be optimized. It loses all meta-physical dimension. The self-trackingo self-tracking ends up becoming cult. Digital hypochondria, permanent self-measurement with applications for health and fitness, degrades life to a function. Life is stripped of any narrative that gives it meaning. It is no longer the narrable, but the measurable and countable. Life lays bare and even becomes obscene. Nothing promises duration. All those symbols, narratives or rituals that made life more than mere survival have also completely vanished. Cultural practices such as ancestor worship also give vitality to the dead. Life and death are associated in a symbolic exchange. As we have completely lost those cultural practices that give stability to life, hysteria reigns to survive. If it is especially difficult for us to die today, it is because it is no longer possible to make the end of life fill death with meaning. Life is interrupted at the wrong time. Whoever is not capable of dying at the right time will inevitably perish at the wrong time. We grow old without getting older.

Capitalism lacks the narrative of the good life. Absolutize survival. He lives off the unconscious faith that an increase in capital means a decrease in death. Capital accumulates to escape death. We imagine capital as the ability to survive. Since the time of life is limited, accumulation of capital time is made. The pandemic shocks capitalism, but does not eliminate it. It does not contribute any narrative contrary to capitalism. The viral revolution will not come to pass. Capitalist production does not slow down, but is forcibly stopped. A nervous paralysis reigns, a tense calm. Quarantine does not lead to idleness, but to imposed inactivity. It is not a place to linger. What happens in the face of the pandemic is not simply that health is prioritized over economics, but that even the entire economy of growth and performance is subordinated to survival.

Concern for the good life must be opposed to the struggle for survival. The society dominated by survival hysteria is a society of the undead. We are too vital to die, and we are too dead to live. When we are exclusively concerned with survival we resemble the virus, that undead being that it does nothing but multiply, that is, that it survives without actually living.

The palliative society is a society of positivity. It is characterized by unlimited permissiveness. Their mottos are “diversity,” “community,” or “sharing.” The other is made to disappear as an enemy. The circulation of information and capital, which must be accelerated, reaches its maximum speed when it does not meet any immunological resistance in the different. That is why transitions are smoothed out and become mere steps. Borders are removed. Thresholds are knocked down. The immune rejection of the different is radically deactivated.

As in the times of the Cold War, the immunologically organized society lives surrounded by fences and walls. The space consists of separate blocks. But immune barriers slow down the movement of goods and capital. The globalization, which was launched with great force after the end of the Cold War as a process of deimmunization, radically removes these barriers to accelerate the flow of goods and capital. The enemy’s negativity, which is highly immunologically effective, has no place in the constitution of the neoliberal performance society. Here one wars above all against oneself. Exploitation by others gives way to self-exploitation voluntary.

Well, the virus triggers a immune crisis. It invades the permissive society, which is very immunologically weakened, and throws it into a state of shock that paralyzes it. In the middle of panic the borders they close again. The spaces are isolated from each other. Movement and contacts are radically restricted. The whole society regresses to the modality of immunological rejection. Here we are faced with a return of the enemy. We wage war against the virus as an invisible enemy.

The pandemic acts as the terrorism, which also attacks sheer survival bringing her sheer death, thereby provoking an energetic immune reaction. At airports, everyone is treated as if they were a potential terrorist. We submit without question to humiliating security measures. We allow our bodies to be searched for hidden weapons. The virus is a terror that comes from the air. Each of us is suspected of being a potential carrier of the virus, which generates a quarantined society and will end up bringing a biopolitical police regime. The pandemic does not put any other way of life in perspective. In the war against the virus, life is more than ever mere survival. The hysteria to survive flares virally.

Without freshness, trade and experience