“By reforming temporality, we are going to face a problem and a cultural inertia” 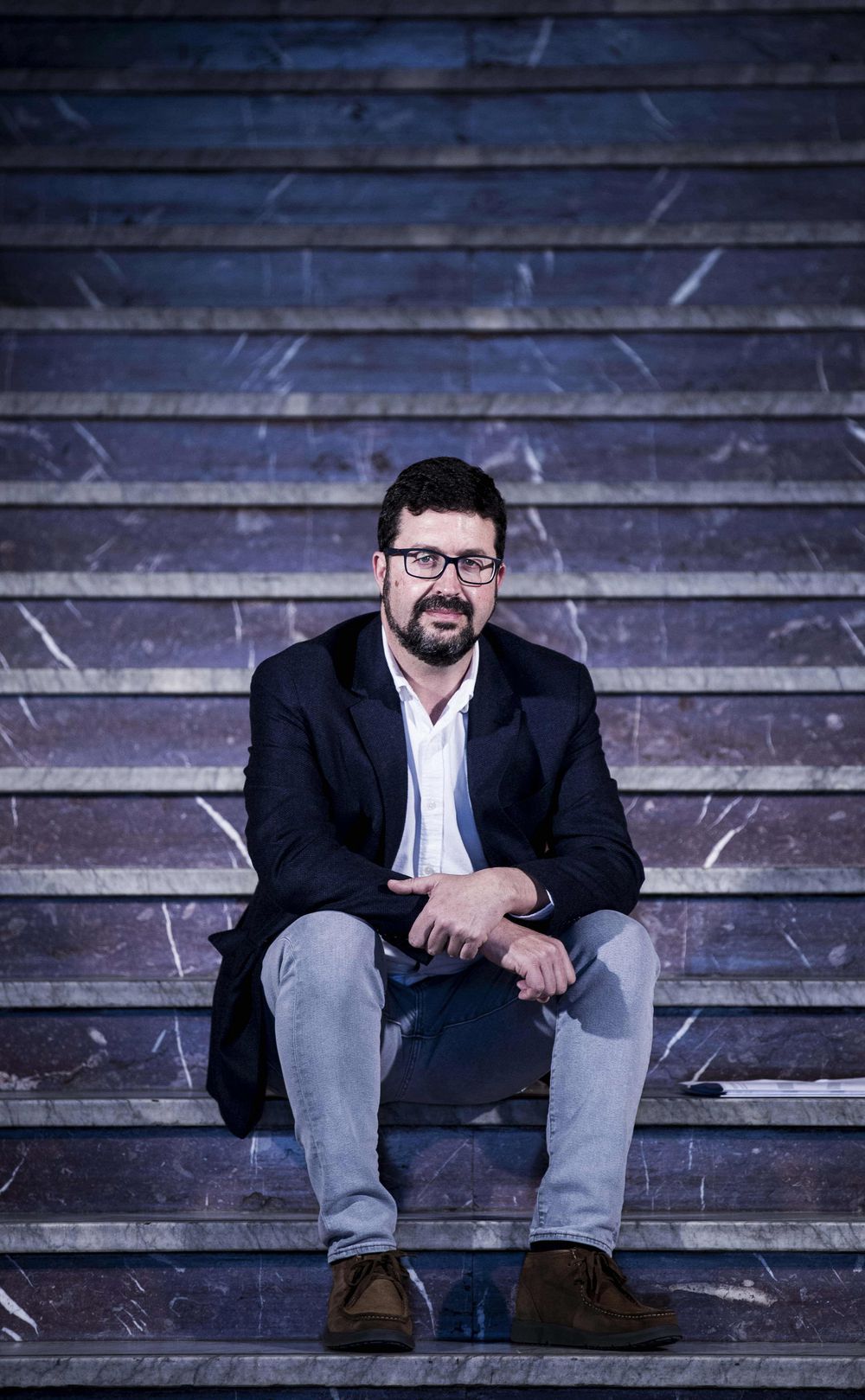 Joaquín Pérez Rey (Madrid, 48 years old) is a fast learner. When this professor of Labor Law at the University of Castilla-La Mancha became Secretary of State for Employment, he had almost no experience in negotiations and social dialogue. Of course, he has always been very close to the Workers’ Commissions. Little more. On the other hand, in these 14 months – a period in which the severity with which he contracted covid-19 led him to the hospital a year ago – he has received an advanced master’s degree in negotiating tables leading the Ministry of Labor team and has closed seven social pacts. In front of him, trade unionists and businessmen who together have decades of experience in the tug of war of the labor conflict … also by his side there are those who have long careers at tables. His counterparts recognize him for a combination of tenacity and optimism even in the worst of times, as well as technical and legal knowledge. He, with the recorder turned off, speaks only of “patience.”

He avoids commenting on whether the movement of Pablo Iglesias pointing to the Minister of Labor, Yolanda Díaz, as a possible candidate for the Presidency of the Government can add problems to his political management due to the misgivings that he raises in the PSOE. He escapes saying that “it is something for political organizations to decide.” He prefers to emphasize that with the appointment of his boss as third vice president “work gains a political weight that it never had.”

The appointment is Thursday in his office, the morning after resuming the conversations with the social agents to dismantle the labor reform. Just two hours ago, the still third vice president of the Government, Nadia Calviño, has distanced herself in a radio interview from the position that Trabajo maintained in that meeting the day before. Calviño, always reluctant to repeal the PP labor reform, speaks of “looking to the future, not the past.” When asked about that, Pérez Rey admits that he hardly knows those statements, although he jokes with retreat internationalist: “We only look to the future, the past must be shattered.” Laughing, he makes a request: “Don’t put this on.”

When he comes in to answer seriously, he again shows that he is a fast learner. So far he has not been on the political front line, but he is skillfully fleeing the head-on clash with Economía. He resorts, without fanfare, to the United We Can manual for these cases: “The priorities are determined by the coalition agreements that indicated what was urgent to address.” And those match their plans. “In addition”, he continues, “out of pragmatism it is convenient to address [antes] collective bargaining and subcontracting. We all know where the positions of the employers, unions and the Government are ”. “We cannot propose a recovery via 2012, based on wage devaluation or outsourcing, which is predatory on labor rights. We will get out of here by stimulating an income policy. All the instruments, including those of collective bargaining, must be focused on that end ”, he argues, placing himself close to the union positions.

Avoid specifying too much what you mean by “tackling collective bargaining.” It refers to giving priority in the application to the sectoral agreement over that of the company; recover the indefinite extension of the agreements, the legally called ultra-activity; or establish that the labor reference of the subcontractors is the agreement of the company that hires or that of the sector, not one of its own with worse working conditions.

And the temporality that Calviño places in the first place? “It is an absolute priority, but I think it will need more negotiation. With temporary hiring, we are going to tackle a technical reform, but we are going to face a cultural problem. We will try to break with the cultural inertia built since the mid-70s. It is enormous and cannot be postponed, we will not take long [en empezar a abordarla]. But it needs a more calm reflection, because we are going to the heart of the darkness of the labor market in Spain ”.

Along with this point, Pérez Rey places the structural reform of the ERTE – the regulation of the pandemic is temporary – to facilitate adjustments without job destruction “in crisis [empresariales o sectoriales] that are not irreversible ”. The intention is to start from the experience of the health crisis so that “the SEPE, the companies and the workers coordinate”. “The idea is that the ERTE as a protective mechanism from the point of view of the employment with the exemptions to the Social Security”.

He admits that the idea is expensive and he himself clarifies that it is still green: “The ERTE financing fund is under construction. I would be lying if I said that we have a clearly delineated proposal ”. Although he throws some idea: “The remainder of unemployment benefits.”

And all this in what timeframe? “Social dialogue cannot have a deadline because it does not work properly,” he excuses. His patience with this has been demonstrated in the covenant of the law of the rider: five months to agree on a page. Although to reach the 17 reforms that the Government has proposed to Brussels, of which four have already been made, it will have to accelerate the pace a lot.

And while the labor reform attracts the spotlight, Pérez Rey also negotiates with social agents and autonomous communities the reform of active policies. “It goes in parallel and one thing does not stop the other,” he warns CEOE, who wants this latest change to take precedence over the labor reform thought by Labor.

The restructuring of active policies is the eternal demand of the EU and there is not a single person in charge of Labor in years who has not said that it is among his priorities. He explains that they have already taken an important step: “Resources have increased 35% in budgets. That should start to be enough, “he says, talking about money. He then goes on to the content: “You have to reorganize them to see if they work, evaluate them, and incorporate a dynamic that is based on three elements: individualized attention, care throughout life and personalized guidance. For that, the guidance system must be strengthened and we need the public employment services to be able to start offering individualized attention ”. This speech resembles that of his predecessors, he assumes it. But he argues that now it will be different because “the employment activation strategy is going to be renewed and the Government has informed Europe that it is going to modify the employment and training law.”

United States Prosecutors: Chauvin pushed Floyd to the neck a total of about nine and a half minutes