By court order, the Ministry of Health delivers all the emails it exchanged with AstraZeneca 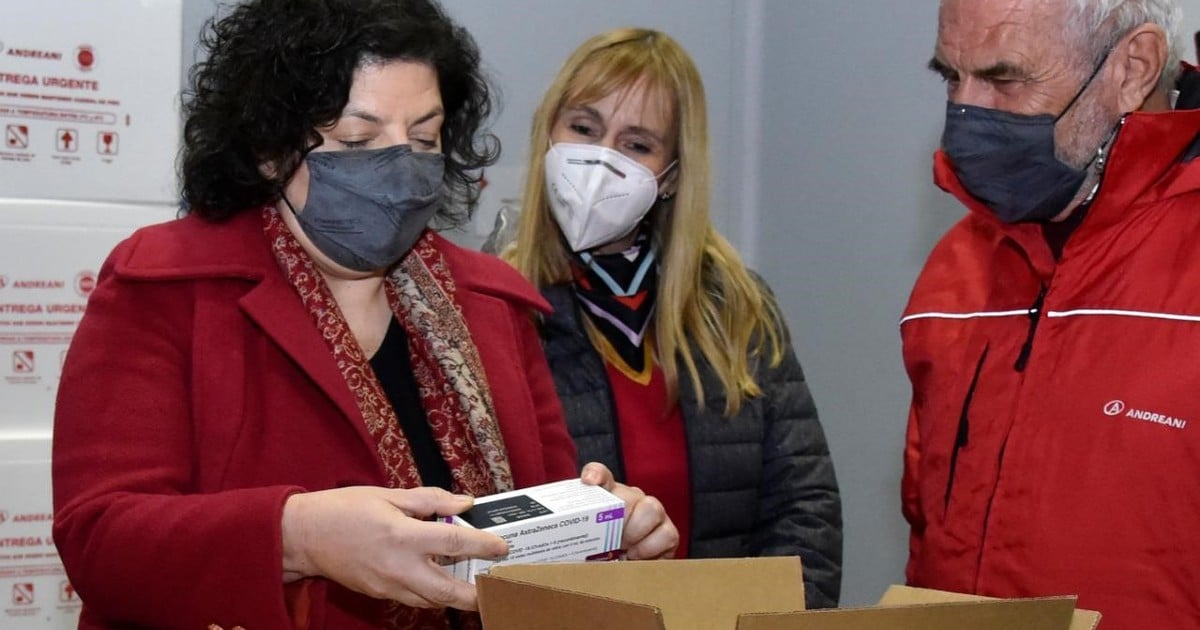 AstraZeneca has 27 days to deliver more than 15 million vaccines to our country. With the deadlines approaching their expiration, the Justice advances in the investigation that focuses on the delay in the delivery of the doses against Covid-19 and the responsibility of the State that signed a contract of more than 89 million dollars. This Monday the Ministry of Health must deliver to the prosecutor Guillermo Marijuan all the communications made with the laboratory, since the exchanges are analyzed between officials and representatives of Astrazeneca.

There are hundreds of emails that were sent between Vizzotti, Cafiero and other lower-ranking officials with the laboratory that produces the vaccine. .

Federal Justice investigates alleged irregularities in the contract for the purchase of 22.4 million vaccines from AstraZeneca, with a budget agreed upon in 89.6 million dollars. The case began with a complaint against Alberto Fernández, former Minister Ginés González García, his successor Vizzotti and two other officials from the Ministry of Health, for alleged abuse of authority, misappropriation of public funds and negotiations incompatible with the public function.

Due to the denounced events, “the Argentine State would have been financially damaged, as a result of which the vaccination process against the Covid-19 virus would have been delayed, increasing the risk of spreading the pandemic in the national territory,” said the prosecutor. by requiring that the raids be ordered to the local laboratory offices.

The schedule was clear: During the first half of this year, AstraZeneca was due to deliver 22,400,000 of vaccines to our country in three sections that ended in July.

The updated figures according to the laboratory reflect that 6.2 million were delivered until the last week.

Carla Vizzotti and Santiago Cafiero receive a lot from AstraZeneca in Ezeiza. Both are involved in the case investigated by Justice.

Prior to signing the contract, there was a meeting at Quinta de Olivos, on August 12, 2020, where the Astrazeneca firm announced that it was in a position to produce the vaccines that motivated the contract in the national territory. Subsequently, the meeting was held on April 13 of this year, at the Government House. All this explained Santiago Cafiero, Chief of Staff, quoted from a testimonial statement by Marijuan.

On that last meeting, the prosecution made particular emphasis, and raised a series of more specific queries. There Cafiero acknowledged that the meeting was to request “information on the delivery of vaccines, having received confirmation of a new delay based on the results of the quality control of the batches formulated in the United States.”

The meeting was attended by the representatives of AstraZeneca, Carla Vizzotti and the Chief of Staff. He also said that, days after that meeting where delays in the arrival of doses were discussed, President Alberto Fernández sent “an email dated 04-18-2021 to Mr. Pascal Soriot of the AstraZeneca firm.” Outside of these meetings, the prosecution deepens another line of investigation: all communications between government officials and representatives of the laboratory.

For this reason, the exchange of e-mails during the period of the negotiations is analyzed.

The AstraZeneca doses that reached the country. They are investigating the contract that the government signed. Photo Presidency.

The representative of the Public Prosecutor’s Office considered that for the “clarification of the events investigated”, it was important “to have any type of record that also accounts for the communications related to the delivery of doses that were maintained after the conclusion of the contract and up to the present time “.

The prosecutor seeks to determine if the State was aware at the time of signing the contract that Astrazeneca was not going to be able to meet the agreed deadlines, since more than 55% of the contract was paid in advance.

In this context, by order of the prosecution, the Ministry of Health promised to deliver on Monday all communications emails between AstraZeneca and the Government. That day they will provide a first part and later they will make a second delivery of documentation.

Regarding the laboratory, the prosecutor Marijuan ordered the company that provides the server of its offices to safeguard all the information related to exchanges with the national government.

As a first measure, the representative of the Public Prosecutor’s Office ordered Carla Vizzotti not to make changes to the contract with Astrazeneca, fearing that an extension will be signed due to non-compliance with the deadlines. Federal Justice maintains that the corresponding penalty should begin to be applied if the 22,400,000 vaccinations are not reached by July 31.