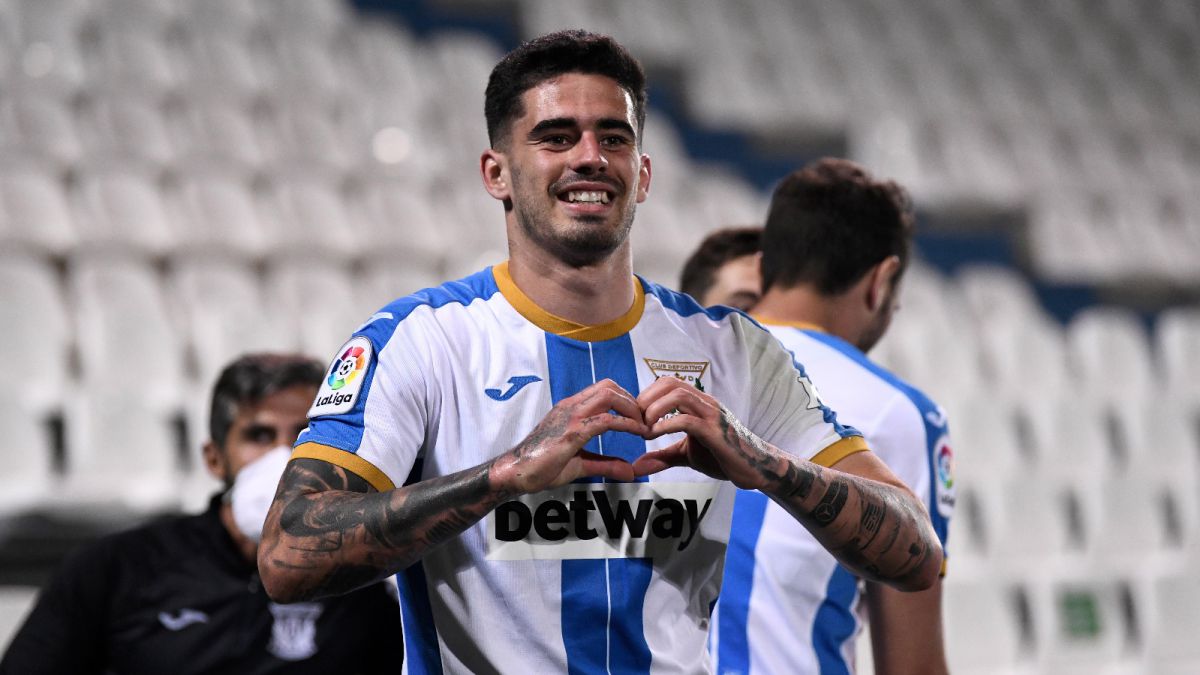 Miracles live in closed spaces. And the smaller the margin, the bigger its shock wave becomes. The one with Leganes today in the return of the playoff semifinals (follow the game live on As.com) is negligible. A den of hope. So, to achieve it, to go to the final, there will be an earthquake of happiness. Hard. The 3-0 with which the Vallecanos (Baby in front) vaccinated Garitano and his boys in the trip three days ago it still hurts. It remains to be seen whether it will have side effects in the form of a virulent, angry reaction. Of Leganes, it is assumed.

The dressing room is convinced of it. Plunged into a silent conspiracy. Yesterday his training was a procession of angry faces. Zero jokes. All intensity. Concentration to search the history. From the wreck of Vallecas, the blue and white parish asks its own to believe. Do it anchoring your heart not so far away feats. Like the 2016 promotion. Or the Pepinazo of the Bernabéu. Even the (almost) salvation of a year ago against Real Madrid itself. That there is attitude and good image beyond the result.

To the Lega two serve you: the 4-0 during the 90 minutes or a prolonged 3-0 until the end of the extension. He only achieved both markers in 7 of his last 194 league games. Including those from home and those from abroad. 3.6% faith with 1,500 souls (4,000 requests were reached) pressing in the stands. There is again life in the stands from Butarque. Public with veins injected in illusion before the impossible. Working spirit of faith. The last time they came to see Lega was on February 29, 2020.

The team they will howl at this time will be an offensive model, but without throwing the house out the window. Balance. Garitano will outline a eleven similar the one who devastated a week ago Saragossa (0-5) with Kevin Bua, Juan Muñoz, Ibáñez and Miguel besieging the enemy. In the engine room Ruben Pardo aims to replace the blurred Perea and Omeruo could prop up a defense in which he did not appear due to injury since he broke precisely in front of the Lightning. More inches to add a new offensive resource. Everything counts. He too support for of those who, from outside, will receive Leganés to inject courage into the bus route. From 20:00 outside of Butarque.

Baby a hero in doubt

The Lightning surely do not shake the eleven much. Iraola does not promise big changes. Good news. Because the main ones pointed to relays for medical reasons. But Óscar Valentín and Mario Hernández seem to be coming to the game. Fair, but they will come. What Baby, sore hero of the first leg who, if he goes to Butarque today, will do so with a shattered shoulder and from the dock. He already scored the third goal without barely moving his limb, becoming a soldier for the Rayista cause. It will be all the players who today will line up a team stubborn in its own feat. Nobody gave a real for his pass to the final. Now they caress her. Whatever happens, today will be a day of Madrid deeds south of the capital.

He is deadly to space and his style of play, of special intensity and struggle, guarantees a battle against the defense of the Lightning. Add five goals.

He shone in Vallecas with his feline reflections and paradones. His alliance with the rear left a clean sheet. Since he returned under the sticks, Rayo has only conceded two goals in four games.

Intensity: Leganés de Vallecas was a team with attitude, but without intensity. The Ray passed over him in a desire for victory. Today they need to reverse that.

Final Suspense: The last quarter of an hour of the game is being the most prolific for Rayo. In that period he has scored 16 goals and, precisely there, the last one came, the foul of Baby (93 ‘).

Not fit: If Leganés wants to pass, they need not to fit in. That is why the Lega will be offensive, but will not seek madness. Let Risk return to its stops-miracle, key.

Punch: The franjirrojos showed great effectiveness in Vallecas. This season he had only scored three or more goals in five games (Málaga, Espanyol, Zaragoza, Alcorcón and Oviedo).

“In sports, anything can happen. We have already seen it. Here in Leganés we have already done cool things. It will be very difficult. We have to play a very complete game and hope that everything will turn out for us, which was the opposite of what It happened to us in Vallecas. I can’t imagine a different Rayo “.

Iraola: “We must scare them and get there”

“More than focusing on results and calculations, we have to play well again. Leganés will score, but we must also scare them and get there. This is all or nothing and you have to have personality, especially at times when they squeeze us. “