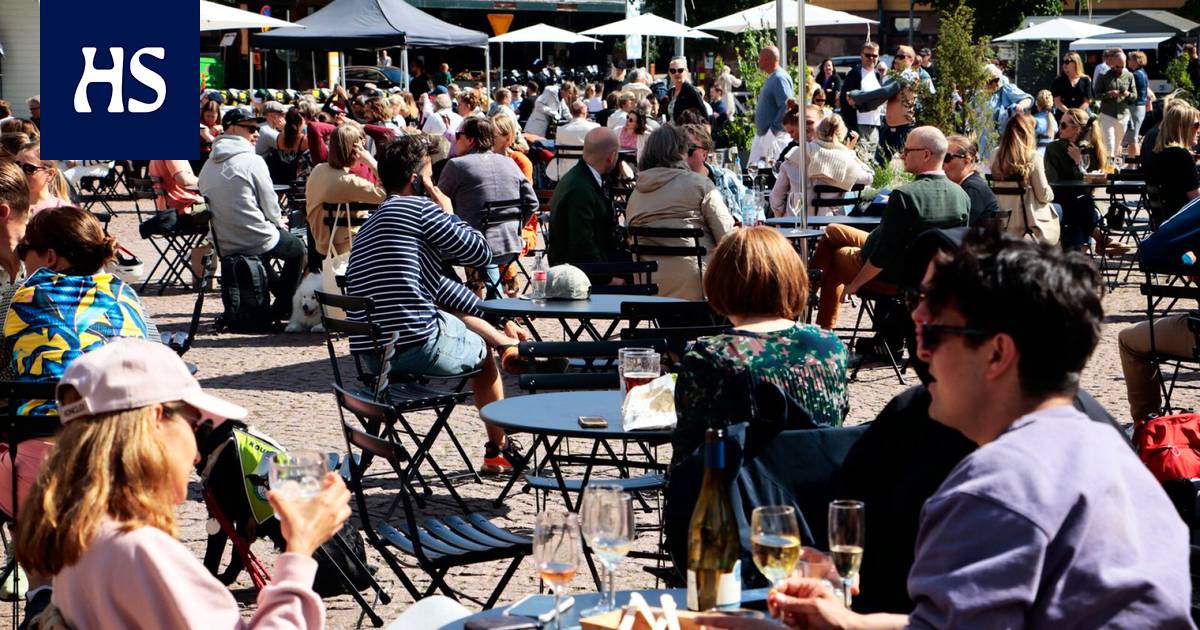 Demand growth is broad-based and the focus of growth has shifted from industry to services.

Eurozone economic growth has strengthened and is also broader.

According to preliminary data, the Purchasing Managers’ Index, which reliably forecasts economic growth, was 59.2 points in June. Based on this, the growth rate of the economy is the strongest in 15 years. In May, the index was 57.1 points.

“The eurozone economy is growing at a rate not seen in 15 years as companies report broad-based demand growth and a shift in focus from industry to services,” says economist at the index-producing research firm IHS Markit. Chris Williamson in the bulletin.

Demand for services has been boosted by the phasing out of business restrictions imposed in the spring to curb the coronavirus pandemic.

Index is based on a survey of 5,000 euro area companies and is one of the key predictors of the economy.

If the index is above 50 points, it predicts GDP growth. If it is less than 50 points, GDP is likely to shrink.

Gross domestic product means the total value of goods and services produced for final use.

“Economic growth in the euro area is still better than forecast. In industry, growth is constrained by component shortages and production bottlenecks. Without them, the eurozone economy would grow even more. Growth in demand for services was also strong in June, but slightly gray hair is caused by new coronavirus variants, ”says the Forecast Manager at the Finnish Business Research Institute. Markku Lehmus.

European central bank evaluated two weeks agothat the recovery in the euro area this year will be significantly stronger than previously estimated.

“We expect economic activity to accelerate in the second half of the year, as other restrictions continue to be lifted,” said the President of the European Central Bank. Christine Lagarde two weeks ago.

Economic growth The strengthening in the euro area will inevitably affect the Finnish economy as well, as 40% of the value of goods exports goes to the euro area.

Bank of Finland estimated last weekthat the economy will grow 2.9 percent this year and 3.0 percent next year. According to the Bank of Finland’s forecast, GDP, which measures living standards, will grow higher in the autumn than in 2019.

Read more: The Finnish economy is rushing to brisk growth, but the central bank estimates that the joy will remain temporary

Read more: VM: Finland’s economy will grow rapidly this year and next, last year’s economic forecast went wrong more than usual due to the pandemic

Read more: Danske Bank forecasts slower economic growth for Finland than in the other Nordic countries