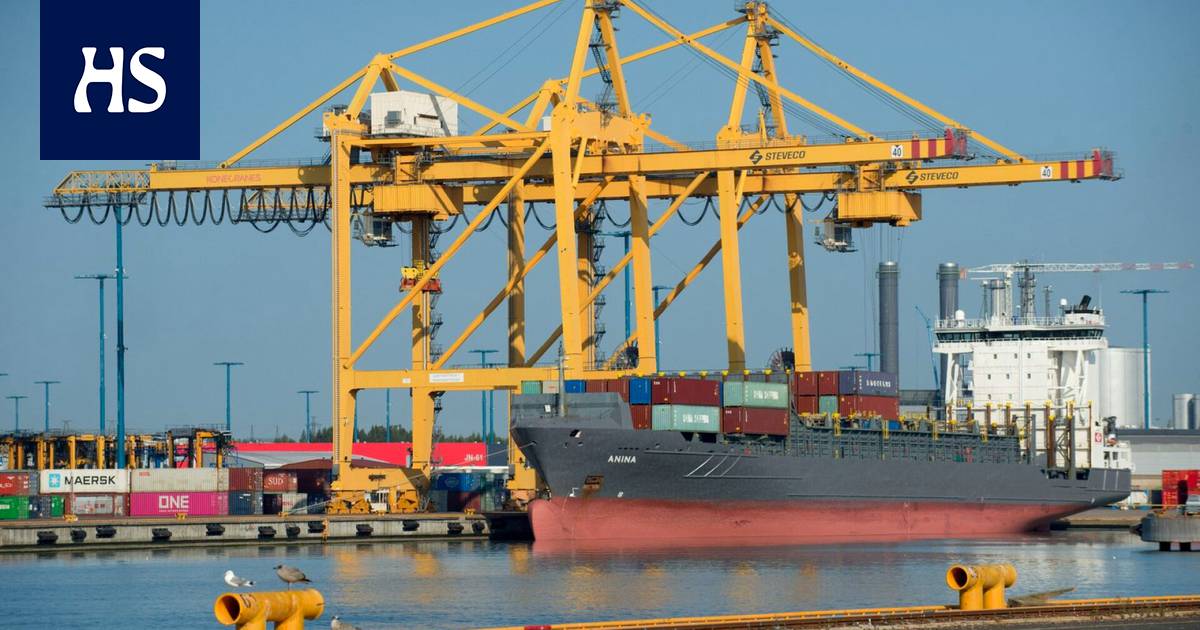 In April – June, both Finnish exports and imports increased from the previous quarter.

Finland Gross domestic product (GDP) grew by 2.1 per cent in April to June from the previous quarter, according to Statistics Finland’s preliminary data.

Compared to the second quarter of 2020, working day adjusted GDP grew by 7.5 per cent.

Danske Bank economist Jukka Appelqvistin according to the figure was expected.

“It was known that the opening up of the economy has boosted private consumption. On the other hand, consumption is still far from pre-crisis levels. In practice, this means that growth is far from over, but there is still room to recover, ”Appelqvist writes in his comment.

Chief Economist of Handelsbanken Timo Hirvonen in turn, commented that economic growth was broad in the second quarter. According to Hirvonen, household consumption, investment and exports grew among the demand items.

“Good growth in residential construction and strong growth in investment in machinery and equipment accelerated investment growth. Exports grew only slightly as exports of goods contracted, while exports of services grew.

Appelqvistin According to him, the recovery phase of the Finnish economy will continue in the autumn. According to him, surveys show that the outlook for exports remains excellent, and the strong development of investment reflects this positive outlook.

“The delta variant has brought a slight headwind to the economic recovery, but thanks to vaccinations, it has not been able to substantially change the direction of the business cycle, even in the service sectors,” says Appelqvist.

“There are no very significant threats to the U-turn of the business cycle, even though Korona throws sand in the stroller, and component availability problems and increased production and logistics costs remain a nuisance.”

According to Appelqvist, the precondition for growth is that the vacancies reach the employees.

“Otherwise, labor shortages will start to stifle growth faster than they were afraid a moment ago.”

In his comment, Hirvonen also mentions that the coronavirus delta variant creates uncertainty about the economic outlook. Still, the outlook is positive for the third quarter, he said.

“According to him, the lifting of restrictive measures and the expansion of vaccination coverage will support consumer and business confidence in the economy.”