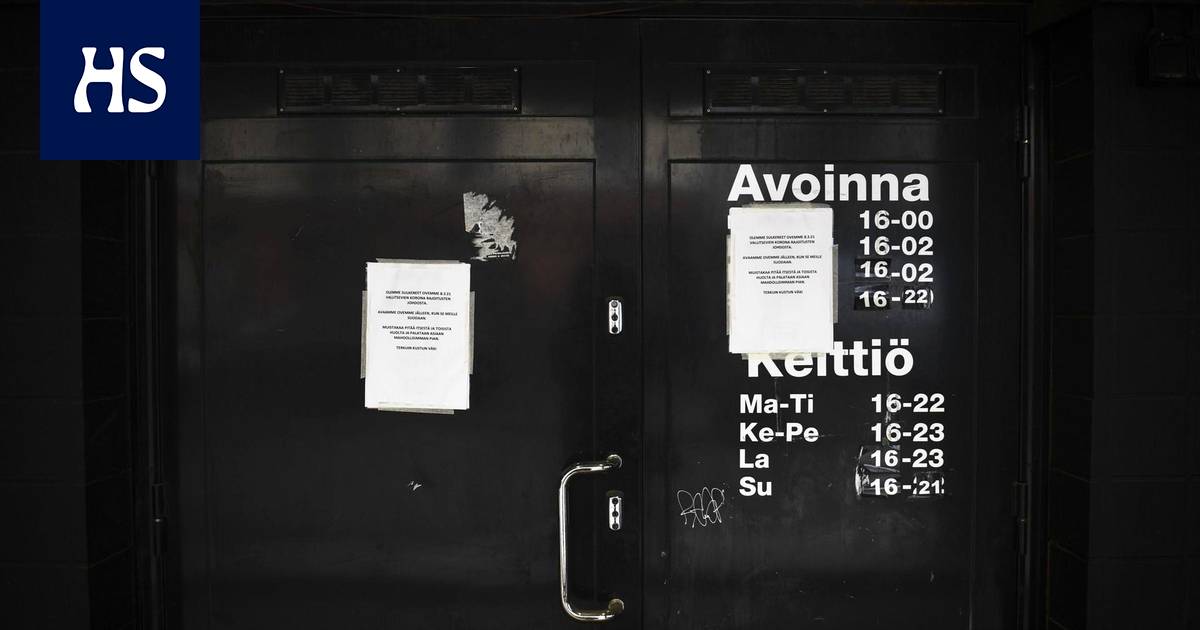 Last year, the Ministry of Employment and the Economy launched an assessment of the effects of Korona-era business subsidies. According to a report published on Tuesday, in a crisis, the order of forms of aid should be reversed, ie first we should focus on direct aid and only later on development aid.

Work and The assessment of the effects of Korona-era business subsidies, launched by the Ministry of Economic Affairs last August, has been completed.

The independent business support research division operating under the Ministry has concluded that the overemphasis on Business Finland’s development support and its choice as the largest form of support at the beginning of the crisis was a failed decision.

“A year ago, the downward spiral of the economy was feared to be much deeper than what it became. The atmosphere was panicky and therefore the first form of support was distributed relatively generously. The situation brought exceptional circumstances and momentum blindness ”, Chairman of the Research Department, Professor of Working Life at the University of Jyväskylä Seija Ilmakunnas says.

According to the climate, the amount of Business Finland’s support was also increased on a remarkably fast schedule. The form of support for development projects failed to target support to the sectors most affected by the corona. According to the report, a lot of Business Finland’s disruption financing was also distributed to sectors with increasing or only slightly declining turnover.

“An instrument was introduced that did not allow aid to be targeted in line with the objectives of decision-makers. In the beginning, the chips were too generously put into one medium. ”

The authors of the report say that the order of subsidies should be the opposite of what happened in the interest rate crisis. Initially, we should invest in direct subsidies such as cost support. As the crisis progresses and economic structures change, the share of development aid can be increased.

“In terms of cost support, the conditions have been very strict and there have been a lot of rejections,” Ilmakunnas says.

In the first round, 72 per cent of applications were rejected and in the second round, which started in December, 62 per cent.

Cost support has been specifically tailored to the interest rate crisis, but researchers have found it difficult to tailor a completely new form of support to work in detail. The amounts of applicants and grants awarded have been below estimates.

“Acceptance percentages are very different in different forms of support. In principle, the aim was to avoid bankruptcies. The goals were the same, but the support conditions differed quite a bit, ”Ilmakunnas says.

Aalto university made its own report on the impact of business support as a background to the work of the Research Division.

“It is reasonably clear that the subsidies distributed by Business Finland did not suit the situation in the best possible way. A direct injection was needed, but the BF can only provide support for development activities and additional costs. There is a contradiction in that, ”says Aalto University’s professor of economics Otto Toivanen says.

Given the situation and the timetable, on the other hand, the decision must be partly understood.

“This was the fastest way to get some money for companies,” Toivanen says.

According to reports and researchers, the implementation of cost support took too long.

The Aalto University study has been prepared by the Academic Group of the Situation Room of the Helsinki Graduate School of Economics (GSE). GSE is a joint teaching and research unit in economics at the University of Helsinki, Aalto University and Svenska Handelshögskolan (Hanken). Toivanen is the academic director of the unit.

According to the study, Finnish corona subsidies seem to have had an increasing effect on companies’ turnover and wages. Subsidies have also reduced layoffs, according to the group’s analysis. The effects appear to have come mainly from smaller grants of less than € 200,000.

Toivanen does not want to directly label subsidies as either successful or unsuccessful.

“The results show that the subsidies have not completely failed,” says Toivanen.

According to researchers, it is not clear whether direct and gratuitous business support is a viable or effective way to combat the wave of bankruptcies. According to the researchers, the temporary means used to change the lay-off regulations and the bankruptcy law, as well as various subsidies and monetary policy measures, could have been more effective solutions.

“It is possible that the subsidies reduced bankruptcies, but many other things may have affected it,” says Toivanen.

According to Toivanen, the analysis was complicated by the fact that at the same time as many different subsidies have been granted during the interest rate crisis, the situation of companies has also changed very quickly.

For decision makers and According to Toivanen, it was unclear to the public sector at the beginning of the interest rate crisis what would happen in the corporate field in general. He therefore hopes that in the future there will be more resources for increasing and maintaining knowledge.

“In preparing for future crises, the first thing to think about is gathering information and strengthening the picture.”

According to Ilmakunnas, Finland is in many ways better prepared for the next possible crisis. In the future, legislation for cost support is already in place.

“We can immediately use a form of support that targets subsidies in the worst affected areas,” says Ilmakunnas.

The Research Division now warns against continuing to distribute cost support simply because there is a shortfall in appropriations. On the other hand, it is justified to continue direct payments, as the activities of companies are also further restricted.

“We need to move from the crisis support phase to a new phase, where we think about how to support new beginnings and not support them in a way that preserves operations,” Ilmakunnas says.

Efes - Real Madrid: schedule, TV, how and where to watch the Euroleague

Books Paavo Arhinmäki made a slightly different book Huuhkajat, in which “A man looking like Kankkusen gets a wonderful scene of madness”