‘Burned Souls’, a short so that the lives of Baye, Fatoumata, Djoulde, Mame and Boubacar do not fall into oblivion 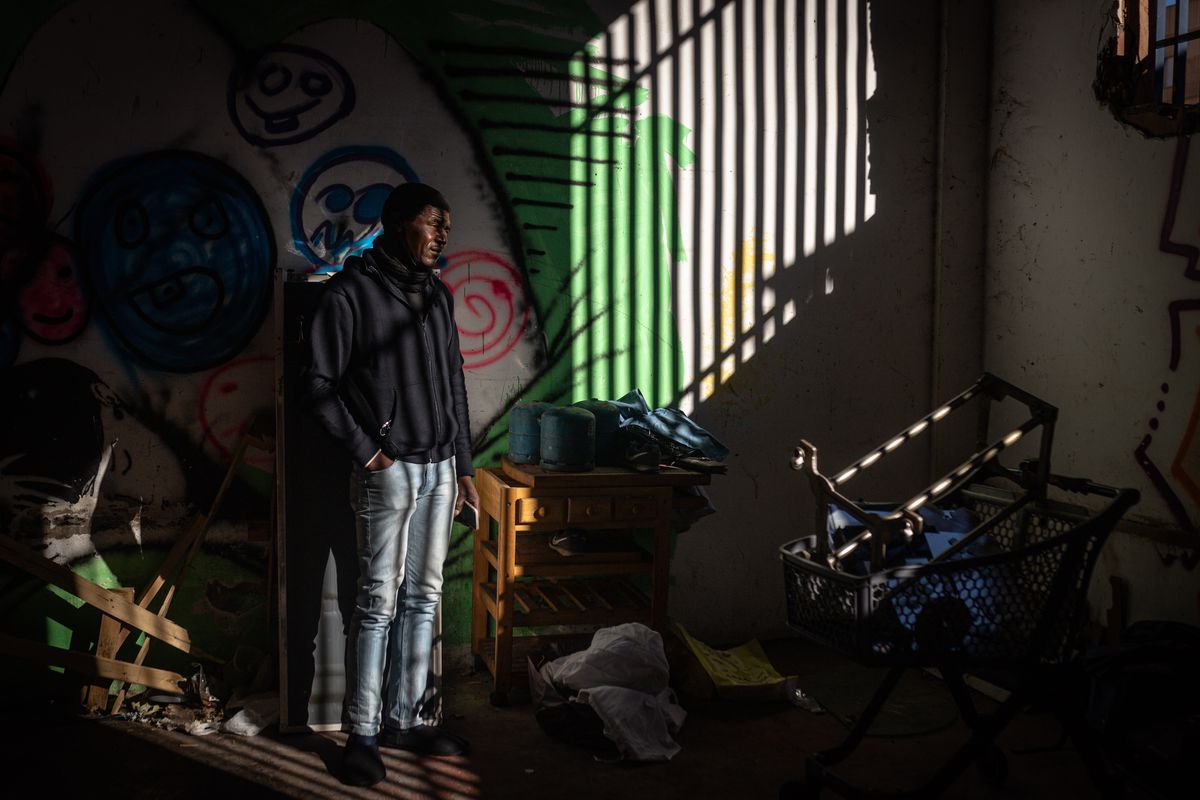 Mamadou Gieye was in his room when he heard someone shouting down the hall: “We are going to die, we are going to die.” The industrial warehouse in which he lived with some two hundred other Afro-descendants suffered from electricity problems. Days before, the cables of the electrical panel began to cause small short circuits. About nine o’clock at night on December 9, 2020, the tragedy happened. They had nothing to smother the flames with. The Badalona City Council had cut off their water three years earlier and the complex lacked fire extinguishers. The clothing and scrap metal they hoarded with the dream of one day taking to Africa helped spread the flames more quickly. Their only escape was a door located on the third floor and through which some of them jumped to survive.

This is how the first part of the documentary passes Burned souls, in which the night of the fire in which a little more than a year ago five people died in an occupied industrial warehouse in the Gorg neighborhood of Badalona is reconstructed. And he tells it in the best possible way, through the testimonies of the survivors.

“One day when I finished my work shift I found out that the ship was on fire and I ran to the Gorg to take photos, but I felt it was useless because the news was already covering it,” says Gian Marco Benedetto, co-director together with Adrià Come out ofBurned souls, a short film available on the Filmin platform and nominated in international festivals.

Gian Marco had been following other stories around the area and knew the neighborhood. In fact, her friend Xiomara had already told her about the ship and the conditions in which they lived there. Just after the fire he realized that this was a story that needed to be dealt with in depth, as the ship had been inhabited for ten years. A conclusion reached by both fellow photojournalists who decided to spend time with the survivors and listen to their stories.

“I went to cover the event and when I got there I realized that it was not a random fire, but rather a series of events that had been repeated for months and years that led to this disaster. The two of us quickly agreed that it was an issue that was invisible and we had to report it, ”explains Adrià Salido.

The personal story of Mamadou Dieye, one of the survivors of the fire, serves as a common thread to bring us closer to the reality that these people suffer once they set foot on European soil with the hope of improving their lives.

“My first day, when I got off the plane, I slept in the Arc de Triomphe (Barcelona) and a friend who I met there, my countryman, told me to go to Gorg, that there was a house there and that there were people who slept there, a house for us, for blacks ”, relates Mamadou in Burned Soul.

The personal story of Mamadou Dieye, one of the survivors of the fire, serves as a common thread to bring us closer to their reality, once they set foot on European soil

Mamadou has been one of the few who has dared to tell his story in front of the camera. The directors warn that others were afraid of being harmed if they told what happened there. Others feared that their families would discover the miserable life they lead in our country. At one point in the interview, the Senegalese is emotional when he remembers the promise he made to his injured friend while trying to help her escape: “She told me, please, don’t leave her there alone and I told her that I would not leave her alone. , that we would go to the end and that we would both come out alive. I promised it ”.

Fatoumata Drammeh left her life in that industrial complex.

It is clear that with Burned soul, Adri and Gian Marco, have managed to perfectly reconstruct the history of the fire in a faithful and objective way. But whoever thinks that this documentary is limited only to that, is wrong. The directors go further and make an X-ray of the situation of some people who risk their lives to reach our country. Putting ourselves in the shoes of Ibrahim who, through a phone call to a real estate agency asking about the requirements to rent a home, presents us with the insurmountable obstacles they face in finding a decent home.

Mamadou Dieye, one of the survivors of the fire

Undoubtedly, a very intelligent look to denounce the vicious circle in which they find themselves and the contempt of the system itself towards this vulnerable group. A blow of reality that dismantles the principle of equal opportunities and rights that the European Union and our Constitution promulgate.

An injustice so great that it not only attacks them physically but also mentally. And it is at this point where the documentary takes on its greatest strength. The trust that both journalists achieved with the protagonists made it possible for them to open up about their psychological problems. Youseff, a young Moroccan, represents what lack of opportunities can do to mental health. In front of the camera he confesses: “I have nothing: I have no money, no friends, no family, no job, no papers … and now I’m just thinking about suicide.”

But perhaps the most illuminating testimony that makes the spectator’s conscience stir is the following: “I can’t continue my life like this. Sometimes I feel like ‘Okay, let me jump on the subway and kill myself.’ I think it would be the best for my family and for the Spanish people because I have done everything possible to make my life good, but I don’t know what is really happening with me in this country. I need help and a psychologist too because my brain no longer works as it used to ”.

The directors considered that it was important to address the subject of mental health because it is a direct consequence of the lack of opportunities. In addition, they are convinced that the disorders they suffer will end up being paid by society in general and not only those who suffer them.

This story also criticizes the condemnation to oblivion that the corpse repatriation system imposes on some people who leave their skin to get what we all want: a dignified life. Burned soul It is an effort so that the lives of Baye Gueye (Senegal), Fatoumata Drammeg (Gambia), Djoulde Allah (Gambia), Mame Thierno Wagne (Senegal) and Boubacar Hanne (Senegal), who died in the Gorg fire, do not fall into the I forget.

Genoa, the park of Villa Serra is transformed into a medieval village: the Abracadabra Festival is back

Melissa Paredes celebrates her daughter’s birthday in advance, after controversy with Rodrigo Cuba