Bureaucracy, delays and a lot of confusion: I’ll tell you about the Parents’ Odyssey to vaccinate their children in Rome 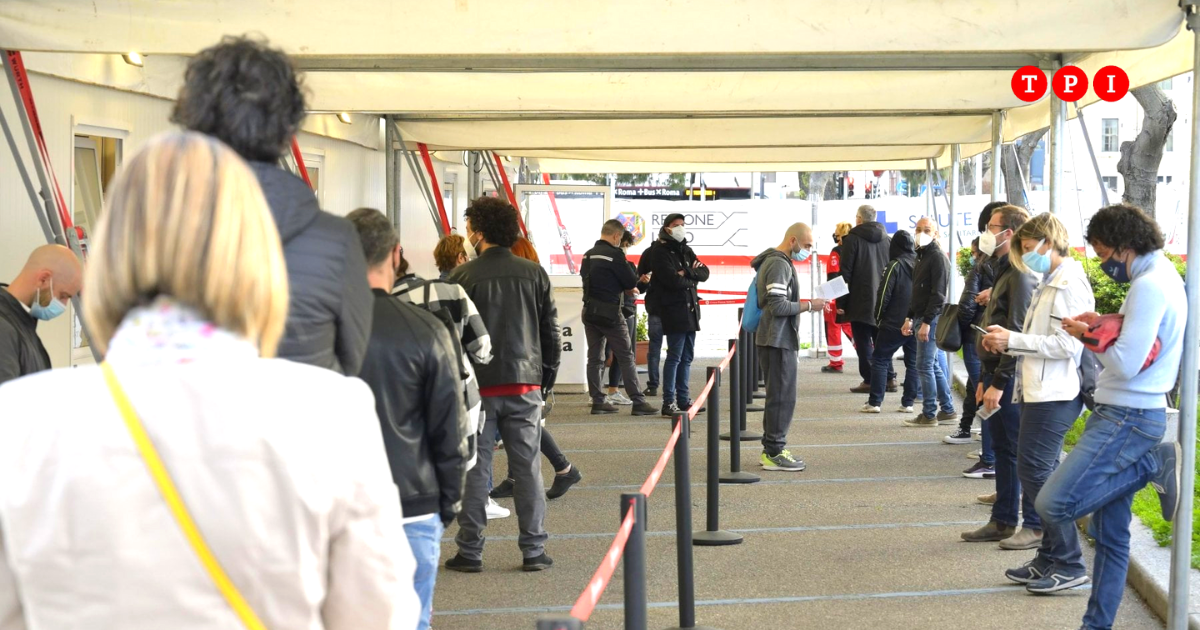 In a vaccination campaign not always lucky and in a climate of hostility in which those who get vaccinated under the age of forty appear as a Homeric hero, it still happens to have to find some obstacles in the vaccine poles.

It happens, for example, to the Sant’Andrea of ​​Rome, flagship of Lazio’s healthcare system, which, in terms of organization as a vaccination unit, finds it hard to shine as do other locations dedicated to other things (see the Auditorium or the Cloud of Eur, where it seems to be catapulted into a bright future where everything works).

To the Sant’Andrea you are welcomed, so to speak, under the classic white awnings, which struggle to contain the many people waiting under a scorching sun since eight in the morning. There is no real reception, there are two or three employees shuttling between the waiting room, which is not a waiting room, and the outside calling, with a average delay of about thirty minutes, the booked waiting.

In the infernal circle under the awning of the booked it is difficult to hear the increasingly feeble voice of the clerk, who in the meantime sorts and informs the unwise who turn to her for information, call the booked , blows up the chairs of those waiting to enter the infirmary and quarrels with the many furious parents who discovered only there that to vaccinate their underage children they both had to show up or produce a proxy, strictly on paper as at the USL of the seventies, a document and perhaps even the consent of Son.

“If they warned me I was carrying everything”, comments dejected yet another single parent forced to get to Labaro to print the coveted proxy and a photocopy of the document of the other parental half. But the notice did not reach anyone. Just as no one is prepared to do a vaccine, made in ten months to counter a pandemic, to the minor son under the July sun.

“Madam if you go to make any document this is the practice”, replies a doctor annoyed by the complaints of the umpteenth mother bounced on acceptance, because she lacks all the required documentation. The mother – Homeric heroine – should have countered by explaining that in America they also vaccinate you inside the tobacconists, with a white hood on your head while you speak in ancient Aramaic.

In Italy and, above all al Sant’Andrea, no.

Instead of encouraging parents to have their minor children vaccinated, the most exposed in this historical moment, those who, almost always asymptomatic, allow the virus to keep turning, changing and hitting, al Sant’Andrea would be able to pass the desire to inoculate also a Burioni.

What a Rome, now, you just can’t afford it.

Just look at the rows to make the molecular buffers (which therefore presuppose a positivity found with the antigenic), which closely resemble those of March, or the rediscovered noise of ambulance sirens, which begin to increase, or simply count how many people positive they know each other directly or as friends of friends.

Rome it is a bomb ready to explode in September and it cannot be left there bureaucracy to trigger it.

Communication, the real responsible for the many distortions of this vaccination campaign, should be reviewed.

Together with the e-mail or confirmation of the reservation of the vaccine, the parents of minors should receive the list of documents to bring. Or at least not find out from an employee who shows the regulation hanging on the wall disconsolately, as if it were the table of the gods Ten Commandments, telling us that we also found it on the hospital website, as if theSant’Andrea hospital was the most consulted site in the nation along with Dagospia.

Without wanting to put crosses on anyone, because it must be said, during the pandemic there Health in Lazio has proven to be at the top not only nationally but world-wide, we could work harder in informing better and we could simplify the part bureaucratic, to entice even the rebellious and not to let the unconvinced escape.

And maybe you could also take an example from the management of non-hospital vaccine poles so as not to make the reception of those in our hospitals seem like the entrance of a camping of the eighties.

Otherwise, then, someone might start thinking that it is better to privatize the Health.

But this is another matter.