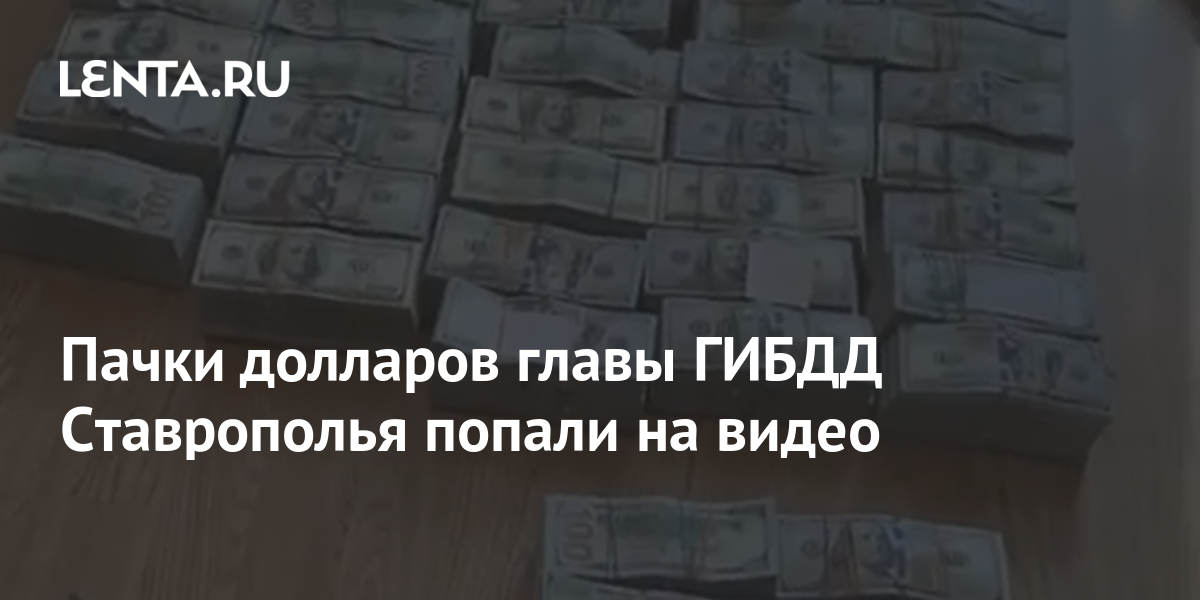 Law enforcement officers began counting the money found at the head of the traffic police of the Stavropol Territory, Alexei Safonov, who was detained in the case of accepting a bribe on an especially large scale. The work of the security forces was recorded on video, it is published Telegram-channel “Kuban News”.

Several people got on the footage – presumably, operatives. Each of them has a bundle of dollar bills in their hands. Also, money is on the floor, and a banknote counter is working on the table.

What amount was found at Safonov’s is not specified.

Earlier on July 21, a video from the “golden palace” of the head of the Stavropol traffic police appeared on the network. The video showed a two-story mansion with columns and golden gates, as well as the decoration of the house itself. The rooms have stucco and frescoes on the ceilings, carved doors, a marble staircase with gilded railings and crystal chandeliers.

State Duma deputy Alexander Khinshtein reported on the detention of Safonov and a number of his subordinates on July 20. According to investigators, for several years they made fake passes for the drivers transporting grain for money. For their services, Safonov and his accomplices received more than 19 million rubles. A criminal case was initiated under Part 6 of Article 290 (“Taking a bribe on an especially large scale by an organized group”) of the Criminal Code of the Russian Federation.