Bumping Knee skier Jimi Salonen’s knees were cut and cleaned in the spring, now he would need gesturing hands – otherwise the judges will punish 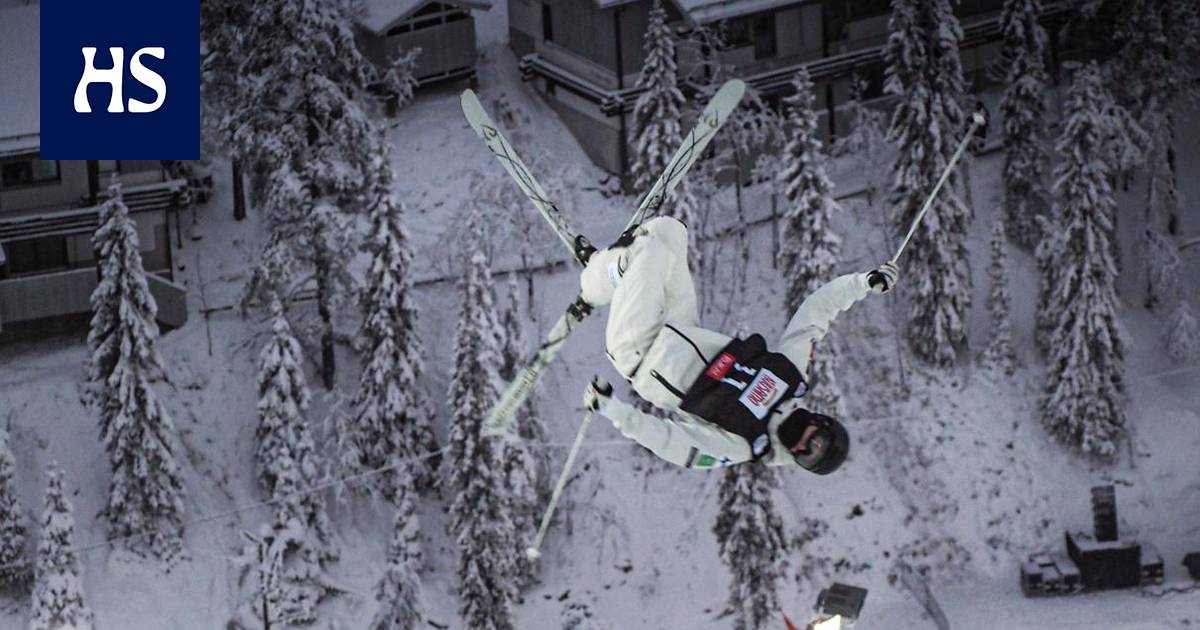 Humpie skier Jimi Salonen is the best in Finland and close to the top in the world in a demanding tough sport, but it has had its price. Salonen’s both knees were “cut and cleaned” in the spring.

“Purpose is to make your hands as gesturing as possible. The judges will punish if there is too much movement. ”

Jimi Salonen is the number one name for Finland ‘s current hill climbers, which means success in this winter’ s Games and next year ‘s Olympics.

However, for a 26-year-old skier, success still requires refining the most important part of the bill.

Moguls is a spectacular sport where skiers try to perform on a track of about 235 meters as quickly and technically smoothly as possible.

To keep the task from being too simple, there are also two big jumps in the hump hole, from which competitors skillfully show jumps and continue towards the finish line.

In total points, technology accounts for 60 percent. Jumps account for 20 percent as well as time. Salonen says that the peak times and jumping points have come, but there is still a bit to grind in the technique.

The judges will pay attention, among other things, to whether the legs open and there will be transverse turns, or whether the skier will be able to come straight into the hump.

“The foot works well. More has come from the upper body and hand movements are disadvantages. ”

“Judges vary a lot, and some judge just doesn’t like someone’s jumps.”

Moguls is thus 80% a type of criticism, which sometimes means dissatisfaction with points after a well-done decline.

In Idre Fjäll, Sweden, in December, Salonen was ninth in the World Cup. The bill left a good taste, unlike the judges ’points.

“I think I got less points for the jumps than I should have. Judges vary a lot, and some judge just doesn’t like someone’s jumps. ”

Assessing the calculation technique is difficult for the average home viewer, but the differences in the jumps are more obvious to the layman as well. The oscillations of the lower entrances, the amount and direction of rotation, the grip of the skis are all easily noticeable.

Salonen’s favorite jumps are a cap ton and a grab seven.

In English: a ton of cap means that during the jump you rotate three times around the body axis horizontally. So a total of 1,080 degrees.

Grab seven is otherwise the same trick, but there are two turns and the ski is caught during the jump.

Large jumps and the load on the hump cause many skiers knee problems. Both of Salos’ knees were cut in the spring.

“It was cut and cleaned. The rehabilitation went well and the legs feel good. ”

“At some point I realized where I am the best.”

The knees are hard on the hump.­Picture: Teemu Moisio

Always however, the calculation has not felt good.

The best achievements of Salonen’s career are from 2016. He came out of second place in the U.S. Deer Valley race, and he was Fifth in the overall World Cup points at the end of the season.

“Nothing miraculous has happened. Not only has a similar Tats not been found, now it is starting to be found again. ”

“The coaches have changed in between. I’m starting to learn their own body better. The same coach (Eemeli Kallas) for a few years. “

Work However, Salonen has been serious about it for many years. He got his skis for the first time at the age of four, and his nose, inspired by the example of two big brothers, often pointed towards the slope of Riihivuori in Jyväskylä.

Salonen says that he tried all kinds of calculations when he was younger. Slopestyle, snow gutter and ski cross became familiar.

“At some point I realized where I am the best.”

With these prospects, Salonen will be able to measure his skills and level next time at the beginning of February in Deer Valley.

Salonen says he doesn’t really care about conversion goals, he just wants to get good own bills.

“Succeeding requires reaching your own level. It feels like your own level is pretty high. Whenever I get my own good invoices, the result should come. ”

If everything hits right and your hands stay in control during the fall, you can even raise them in the finish as a token.

Jimi Salonen does not take pressure from the results.­

Rospotrebnadzor showed the first image of a new strain of coronavirus