Bullish play: which stocks will sink from the growth of the Fed rate 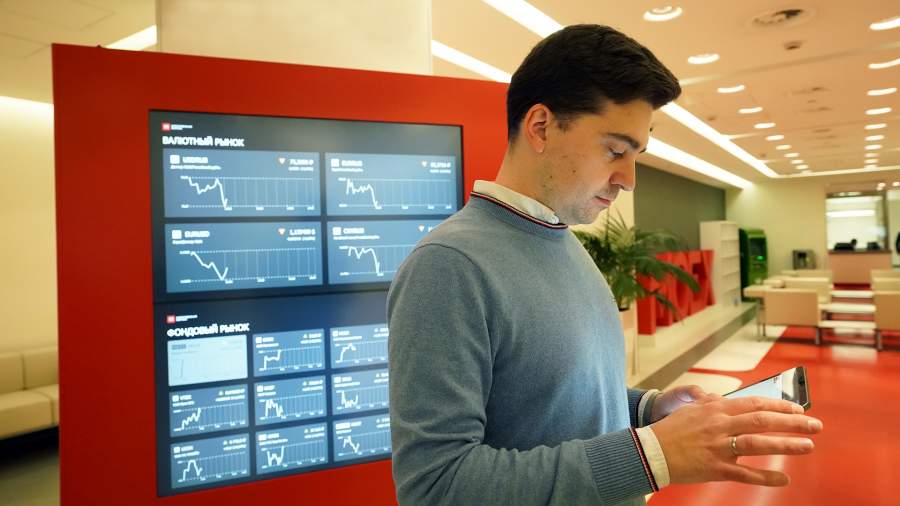 Record inflation and strong labor market performance could force the Fed to push through four rounds of rate hikes this year, along with a reduction in assets on its balance sheet in July, analysts at Goldman Sachs said. Izvestia interviewed stock analysts and found out what private investors in the shares of American companies should be afraid of in such conditions and how to protect their assets in the foreseeable future.

An era of high volatility

In the coming months, investors who invest in US stocks will have to closely monitor the actions of the Fed and quickly respond to them, rebalancing their portfolios in favor of the business most protected from rate movements. say analysts interviewed by Izvestia. Moreover, many of them argue that the prospect of changing the rate is either not yet included, or is included in the current quotes only partially. This means that market sentiment can still change significantly and some prerequisites are already visible.

— Traditionally, the technology sector reacts most painfully to the Fed’s rate hike. TThe Nasdaq Composite Index has been declining for several days in a row on expectations of a tightening of the monetary policy of the regulator, which at the moment was falling by 2.5%. Respectively, it is the shares of IT giants that are under attack as a result of tightening monetary policy in the United States, – said in an interview with Izvestia, the founder of the School of Practical Investing, Fedor Sidorov.

Vadim Merkulov, director of the analytical department of Freedom Finance, agrees with this opinion. According to him, not only IT companies, but also partially the communications sector and some other “growth” stocks will be the most sensitive to the movement of the Fed rate. The reason is that rising rates reduce the value of future cash flows, which largely determine the value of such securities. But this does not mean that the decline in quotations will be the same across the entire front of companies, some of them will retain the potential for growth even in the face of rising borrowing costs.

See also  Coronavirus Denmark and Norway loosen restrictions, even though thousands of infections are detected every day - Such interest rate restrictions now exist in other Nordic countries

— An investor should not give up on high-quality growth stories like Amazon, Salesforce, Adobe, Qualcomm, Google, Facebook, Activision Blizzard, Snap and more only on the grounds that the rate is likely to rise in the medium term, Merkulov says.

However, according to the analyst, there is a possibility that 2022 will bring with it a normalization of valuations for a significant number of companies, therefore, investors can benefit from shrinking positions in very aggressive growth stories like Snowflake, Datadog, Nvidia, Virgin Galactic, Plug Power, Docusign, Trupanion and others in favor of “uninteresting” companies like Coca-Cola, McDonald’s, Procter & Gamble, AstraZeneca, JP Morgan and Bank of America and others.

A similar opinion was expressed by the senior portfolio manager of Sber Asset Management Maxim Kondratyev. According to the analyst, at the moment in the US market there is a tendency for the flow of funds into value assets from fast-growing companies. But it is important to note that many of them have already shown a significant decline in quotes and may be of fundamental interest to investors with a long investment horizon.

Calm where there is money

Izvestia’s interlocutors generally believe that as a result of the Fed’s rate hike, balancing the value of companies will continue for several quarters until a certain level of transparency regarding the actions of the regulator is achieved. And this means that investors who managed to capitalize on last year’s growth stories should take a closer look at defensive assets in order to save existing funds. 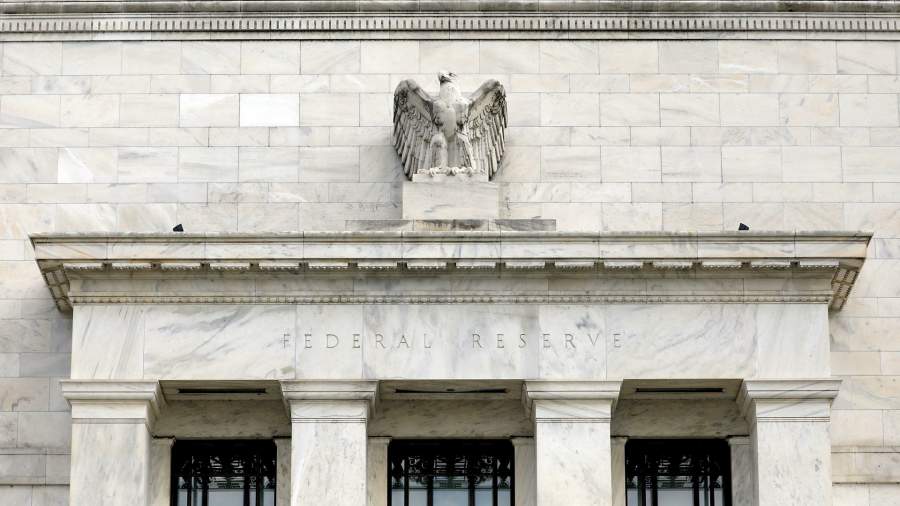 Among such assets, Fedor Sidorov highlights securities of companies from the energy sector due to the potential increase in energy demand as the end of the pandemic approaches. He also sees opportunities for growth in the securities of companies in the tourism sector, restoration of which may begin in the summer. Maxim Kondratiev from Sber Asset Management adds to this list companies that can pass inflation on to customers, and those that have unique technologies or positions in the markets where they operate.

“At the same time, commodity prices at the moment are mainly determined by the state of supply and demand, however, if inflationary pressures are not short-term, rising prices could support commodities,” he says.

But real estate in the current situation may not be the best way to cope with its protective role: The market has already experienced a strong rally last year and is likely to face difficulties as funding becomes more expensive due to the rate hike. On the contrary, the protective characteristics of gold in the context of rising inflation are not bad, as increased inflation stimulates the demand for gold as a hedging asset, while the growth in bond yields reduces the attractiveness of investing in gold, which will limit the growth of precious metal quotes, explains Merkulov. 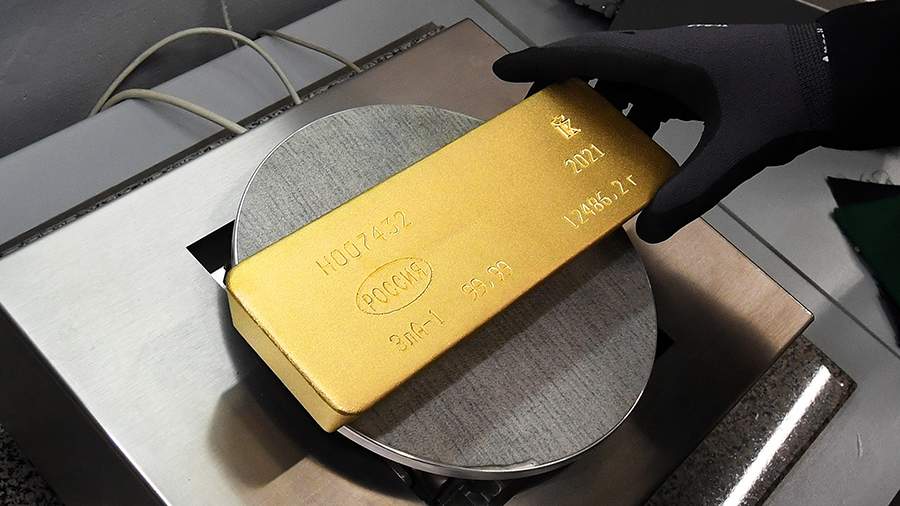 Other sectors that could benefit from a Fed rate hike include analyst calls banking sector, which may well become one of the main beneficiaries of rising inflation. To this can be added sectors with low elasticity of demand, such as health care and consumer goods. But mortgage and long-term bonds, together with the durable goods sector, are likely to feel noticeably worse.

Bet on the broad market

It is difficult to say what to expect for private investors who prefer to invest in the broad American market, and not in individual companies. According to some analysts, raising the Fed’s rate may lead to the fact that the same S&P 500 index will go sideways. In an interview with Izvestia, Fyodor Sidorov noted that even in such conditions, it may continue to grow, but the figures will not be as high as last year.

Maxim Kondratyev from Sber Asset Management does not give an unequivocal answer to this question, noting that a large number of significant factors influence the dynamics of the markets and the growth of the Fed rate may be only one of the determining ones.

– Here you can highlight the amount of money in the global financial system, and the funds in the accounts of companies that can go to buy back shares from the market and thereby provide support, and trade relations between countries, and shortages in many verticals of goods, and improving work logistics chains, – says the interlocutor of Izvestia. 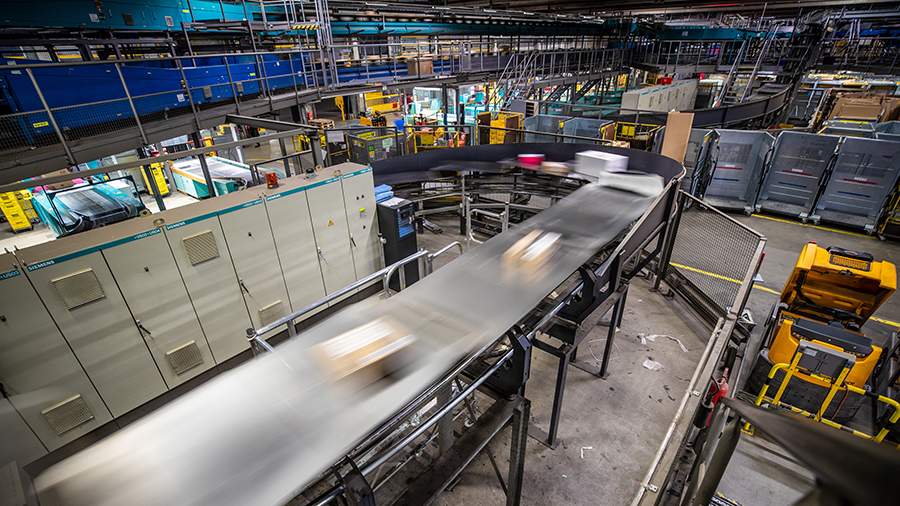 Vadim Merkulov from Freedom Finance is more optimistic. According to the analyst, the growth of the S&P 500 index this year can range from 9 to 14%, and in the base forecast it will be 5040 points. But this is not the only scenario.

– Wherein it is likely that a four-time (or more) interest rate hike in 2022, coupled with a reduction in the Fed’s balance sheet, as early as the first half of 2022, may increase risk-off sentiment and put pressure on the index quotes, which could lead to a decline in the broad market index at the end of the year, – summed up the interlocutor of Izvestia.

Analyst opinions expressed in this material do not constitute individual investment advice (IIR).

Luis Díaz: this is how Bambino Pons narrated the Colombian’s goal in Liverpool

Claudia Serpa wants to debut in At the bottom there is a place: “I can be the new Teresita”