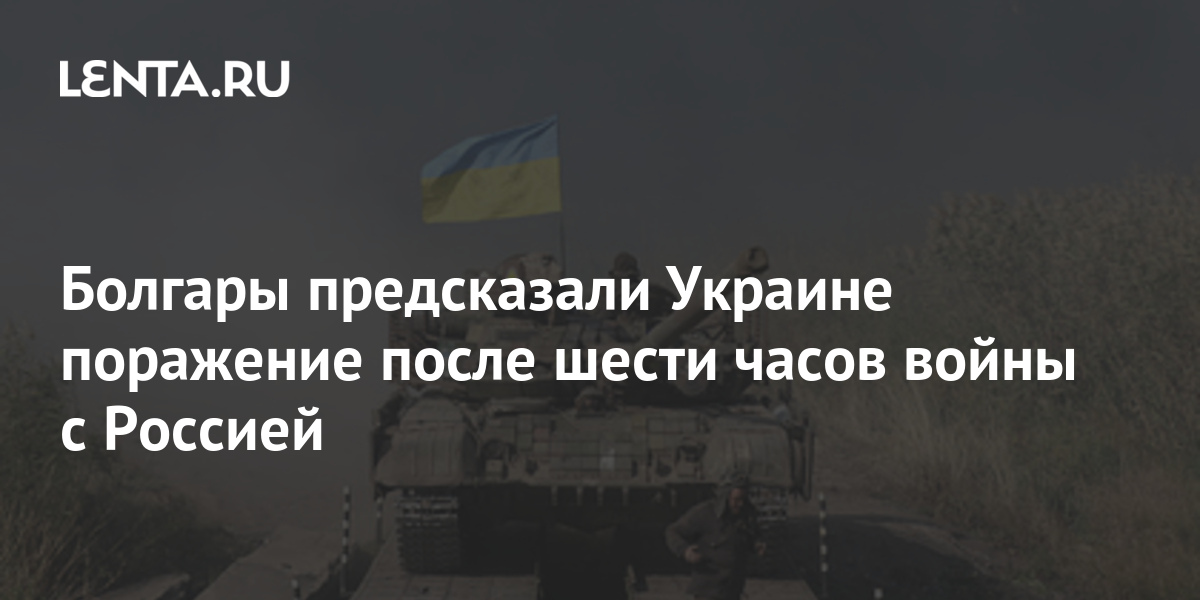 Readers of the Bulgarian edition “Fakti” predicted Ukraine is defeated in 6-12 hours in the event of a war with Russia. The corresponding reaction of users was caused by the statement of the press secretary of the President of Russia Dmitry Peskov that plans for the provision of US military assistance to Kiev could provoke unpredictable actions of Ukraine in the southeast of the country.

“A neighboring state cannot put pressure on Russia, which will surrender unconditionally within 6-12 hours from the start of the invasion. Cowboys cannot and will not bring nuclear weapons to Ukraine, because otherwise the same weapons will appear in Venezuela and Guatemala, “wrote the user Honest Zionist.

“Ukraine is not the country to be worried about, it is a temporary state,” said the commentator mi6osp. “Invaders, get out of Ukraine. Crimea is not yours, ”wrote user 1944.

Earlier it became known that the United States of America promised to intercede for Ukraine in the event of Russia’s attempts to contribute to the escalation of the situation in Donbass. According to the head of the Office of the President of the Republic, Andrei Yermak, we are talking not only about formal support, but also about Washington’s readiness to take “serious measures” against Moscow in order to prevent a new war in the region. The official noted that Russia is aware of such plans – the United States speaks about it directly.

More than a thousand young people infected and alarm throughout Spain: the ‘macro outbreak’ of coronavirus spreads in Mallorca