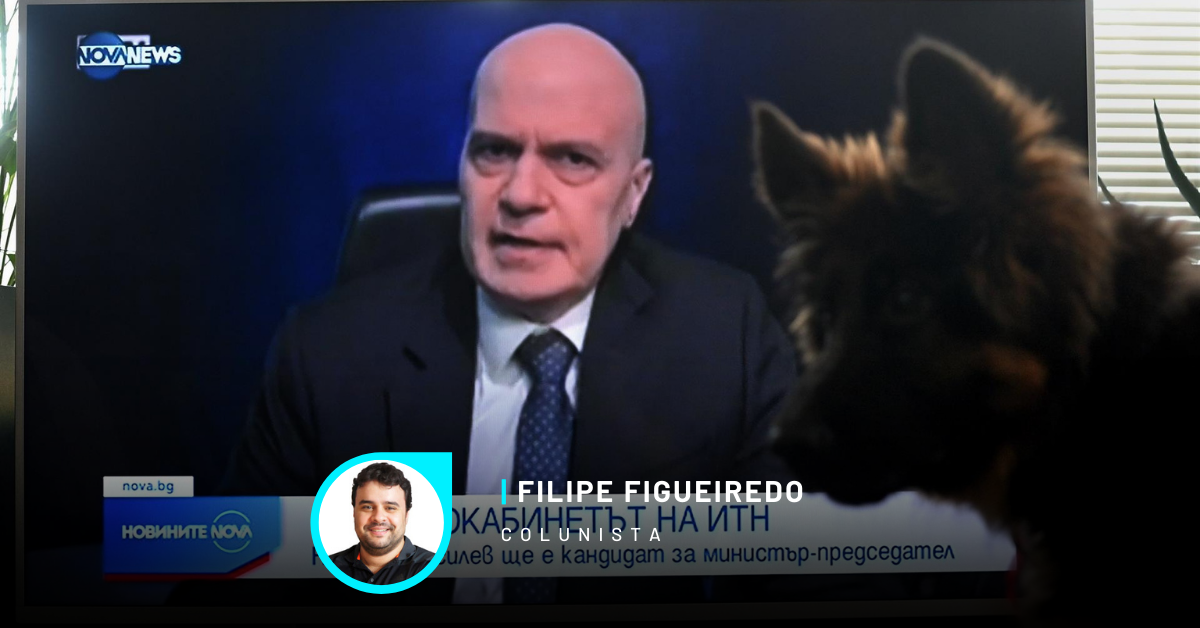 Several names considered “outsiders” of politics were elected in several countries in recent years. The comparison, as a rule, was always made with Donald Trump, a man of the business world and extremely media who, like a meteor, became president of the richest and most militarily powerful country in the world. Sometimes the comparison didn’t make much sense, at other times it had more to do with method. In the case of Bulgaria and its likely new prime minister, the comparison is quite appropriate.

Slavi Trifonov is 54 years old and was born in the historic town of Pleven. In the north of the country, the city was the site of an important battle between Russians and Ottomans in 1877. The Russian victory influenced both the independence of Bulgaria and neighboring Romania. In the 1980s, Trifonov studied music and graduated from the National Academy in Sofia, the country’s leading music conservatory. His studies, and part of his career as a musician, are focused on Bulgarian folklore, but it was in pop-rock that he found himself.

For the past thirty years, Trifonov has been an established figure on Bulgarian radio and television. His band, Ku-Ku, was very popular from the turn of the 1990s to the 2000s, and he participated in several reality shows with musical themes, some of the same franchises that are shown on Brazilian television. On November 27, 2000 premiered the Slavi’s Show, in the usual talk show format, with interviews, musical paintings, jokes and monologues. The program ran for nineteen years and over four thousand different primetime views.

Of course, things must be put into perspective. Donald Trump is a global media figure, but at home Trifonov reigned supreme. Upon studying about his figure, it is discovered that he holds the record for audiences on Bulgarian television outside of live journalism or football. Nearly three million people watched one of his programs. The number seems small, until we remember that the Bulgarian population is little more than seven million inhabitants. Something like half of the country’s adult population was tuned in.

And his talk show didn’t end after nineteen years, it just “grew up”. In 2019, Trifonov created his own station, 7/8 TV, and produces some of Bulgaria’s most popular programs. In the same year, and perhaps it is no coincidence, he founded his political party, which has an official voice in the network. Called “There is such a people”, it is referenced by the acronym ITN. The name of the party, even, is the name of one of the albums of his musical career. The heavy weight of media and pop culture was now entering politics.

The party is marked by the idea of ​​“against everything that is there”, like many of the so-called outsiders, but it is not amorphous like other similar phenomena. It has objective guidelines and registered in the statute. Change from the current system of proportional representation to a district system in national elections; halving the National Assembly; start of implementation of e-government, with remote and direct votes for some positions; mandatory voting; greater integration into the European Union; finally, expand the state’s social security apparatus.

In the April elections, which did not result in the formation of a government, Trifonov and the ITN took 17.3% of the vote and 51 of the 240 seats in parliament. In elections last Sunday, June 11, they grew to 23.7% of the vote and now have 65 seats. More than that, the ITN became the largest party in parliament, and Trifonov was given the right to form a government first. And now it’s time for the media bigwig to show if it can survive and swim among the sharks.

Even having been the most voted, the ITN is far from the majority. Nor was it so far ahead of the second-placed Gerb, the biggest party on the Bulgarian right. Formed as the successor to the party of Simeon Saxe-Coburg-Gotha, who was tsar as a boy and prime minister from 2001 to 2005, the party is controlled by Boyko Borisov. He is the leading name in Bulgarian politics in the 21st century. He was mayor of Sofia from 2005 to 2009, when he became prime minister, a position he holds almost uninterruptedly to this day, except for a few months of elections and government formation.

Borisov is accused of extending his influence to all spheres of Bulgarian life. Corruption would be what keeps him in power, including ties to mafia organizations that would act as “electoral militias”. In July 2020, then-President Rumen Radev, in a speech full of indirections, even called for the expulsion of the mafia from within the government. It became a party, translated something like “Stand up! Out, mafia!”, formed in the context of that year’s protests. The party has now won thirteen seats.

Gerb and Borisov were left with 63 seats, the second bench. They lost twelve, but he still has great political influence in the country. And Trifonov, in his policy of “regenerating politics”, has already rejected coalitions with traditional parties. In addition to the Gerb, the socialists, on the left, had 36 seats, and the center-liberal had 29 seats. The “Outside, mafia” and the Democratic Bulgaria party coalition, formed by greens and pro-European movements, remain as possibilities. Even so, he would not have a majority.

Knowing this, Trifonov announced that he allows taking office with a minority government. It will neither join the traditional parties nor form a coalition with the anti-corruption flag parties. A fragile solution that can be overturned in a simple vote of no confidence articulated by the other parties. And that may be the gamble Trifonov wants to make with a minority government. Get ousted by the establishment, pose as an honest persecuted, and expand your constituency.

There would be no shortage of new voters for him, even, since only 40% of the electorate turned out to the polls. Trifonov’s dream would be to achieve what Nayib Bukele has achieved in El Salvador, a large government majority in the legislature. For him to achieve this goal, it will first depend on him being able to survive among the sharks. If you won’t be devoured, if you’re incompetent, or even if you won’t become one of the school of fish that just want your bite.