Buffon continues his career and is preparing to return to the “beginnings”! 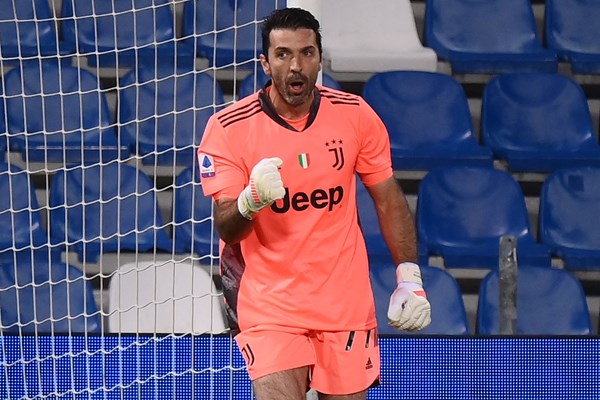 Veteran Italian goalkeeper Gianluigi Buffon has ruled out the idea of ​​retiring from football after his departure at the end of the season from Juventus, giving himself a few days before deciding on his next possible destination, his starting team, relegated to the second division, Parma.

The 43-year-old said in an interview with Mediaset during the opening of his football academy dedicated to goalkeepers, that I do not have the answer yet about his destination, and he said: I am in the process of thinking about important reflections that will eventually take me either to play abroad and participate in the Champions League as a base, or keep me In Italy

“In any case, the decision will be something I will not regret,” he added. The 2006 World Cup champion renewed what he made after announcing his second departure from Juventus, when he said that he would not retire despite his advanced age, coinciding with reports reported by the newspapers “Gazzetta dello Sport” and “Corriere della Sera” that his next destination would be to return to Parma, where he began his career. In the age groups in 1991, reaching the first team in 1995, before moving to the Turin giants in 2001.

Buffon crowned with Parma the European Cup, Italian Cup and Italian Super Cup in 1999, before becoming one of the most popular icons in the ranks of Juventus, who defended his goal from 2001 to 2018 before leaving him for one season for a French adventure with Paris Saint-Germain, and then returned Back to the old lady’s den in the summer of 2019.

Buffon won the Italian league title 10 times in the Juventus shirt and stayed with him when he was relegated to the second division in the 2006-2007 season due to the match-fixing scandal, which strengthened his position among the fans of the “Old Lady” team, who reached the Champions League final three times with him, but fell at the last obstacle. Against local rivals Milan (2003), Barcelona (2015) and Real Madrid (2017).

Buffon, who holds the record for the number of matches in the Italian league (657), bid farewell to the Turin giant with the heartbreak of giving up the local league title in favor of rivals Inter, and exiting the Champions League final price at the hands of Portuguese Porto, but he bid farewell to “Biaconeri” with a final title after winning the Italian Cup. Atlanta account.