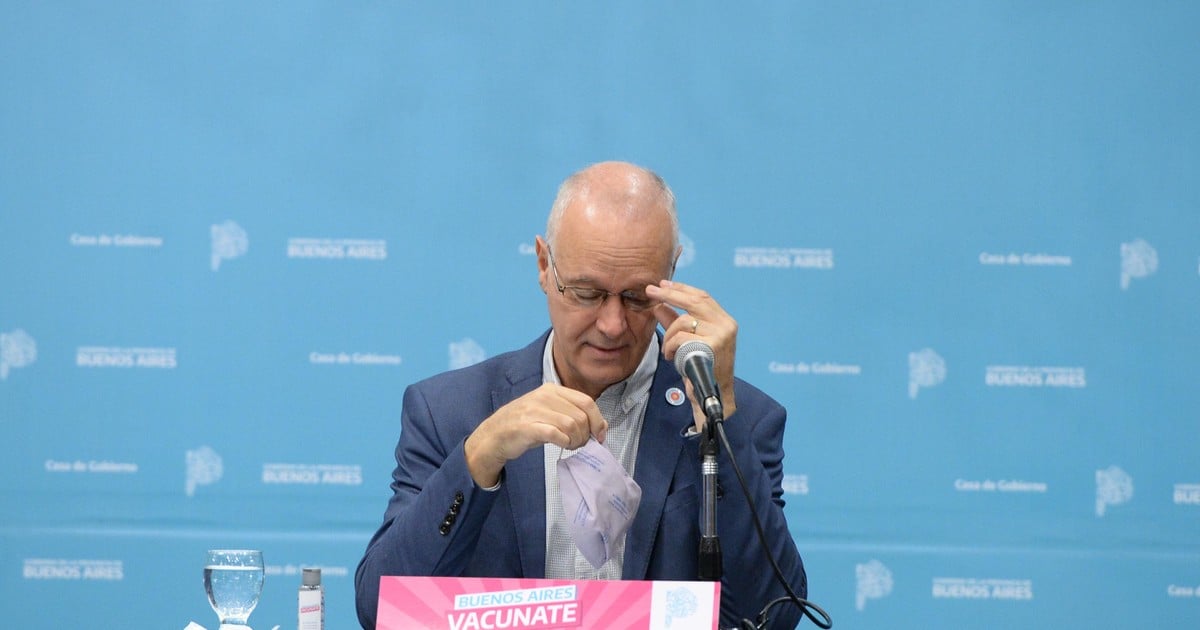 The government of the province of Buenos Aires resolved that both public and private sanatoriums they must give exclusivity to cases of covid in case your intensive care beds are 70% occupied for at least two days.

In that case, these sanitariums must suspend or reschedule “Any surgery and / or procedure that can be postponed and that, in the medical judgment do not have urgency, as long as the health of the patients is not put in imminent danger “.

This measure must be complied with by the establishments reached until “the indicated percentage decreases and remains below (70%) for at least two days”. being able then “to resume the activities suspended by the present“, it is added.

The Bed Management System (SIGEC) of @BAProvince it is an essential tool that we created 1 year ago. It is unprecedented in the country and its objective is to have the information of the entire health system to be able to know how many beds are left and efficiently manage referrals

The measure -signed by the Buenos Aires Minister of Health Daniel Gollán- is taken within the framework of the health emergency by the second wave of covid that hits the country and threatens the saturation of the health system especially in the AMBA.

Article 5 specifies that if the provision is not complied with there will be sanctions for “the Medical director and / or owner and / or manager and / or administrator and / or person in charge of the establishments”.

It summarizes: “The measures established here are reasonable and proportionate in relation to to the threat and health risk faced by our country in general and our province in particular, and they are adopted in order to mitigate the impact of the COVID-19 epidemic in order to preserve the public health of Buenos Aires citizens “.

The resolution, which is dated Tuesday, April 20, also provided for the implementation of the “Bed Management System (SIGEC)” which will centralize the information on public and private occupied beds.

“This resolution is a formal element to ask all hospitals, clinics and sanatoriums Buenos Aires residents who report the state of the beds in the SIGEC. The system is very tense and all parties need to have the information integrated to be able to optimize it, “Gollán reported.

The implementation of this “Bed Management System”, always as read in the arguments of the resolution, it comes from the differences they have in the data collection.

“That the survey has shown a differential of up to twenty-four percent (24%) between the occupation of beds reported in the aforementioned system and those that are actually occupied or released, which seriously affects decision-making,” they point out.

In this sense, one of the resolutions is that all Buenos Aires health establishments must update the bed census four times a day.

Around midnight, Daniel Gollán came out to cross the interpretation that this resolution was an “intervention of the private health system.”

“The Bed Management System integrates the public and private systems, based on an agreement of the different subsectors celebrated last year and ratified in 2021. It is strategic at this very complex time and agreed with the clinics. Confuse no more. Let govern !! “, Gollán tweeted.

One of those who made this complaint was the president of the PRO, Patricia Bullrich: “They had a year to adapt the health system. They did not. Now, the government of the province of Buenos Aires intervenes in the private health system and asks to suspend surgeries to give priority to COVID. They mess with freedom and dispose of our life. “

Russians were named ways to protect money in banking applications