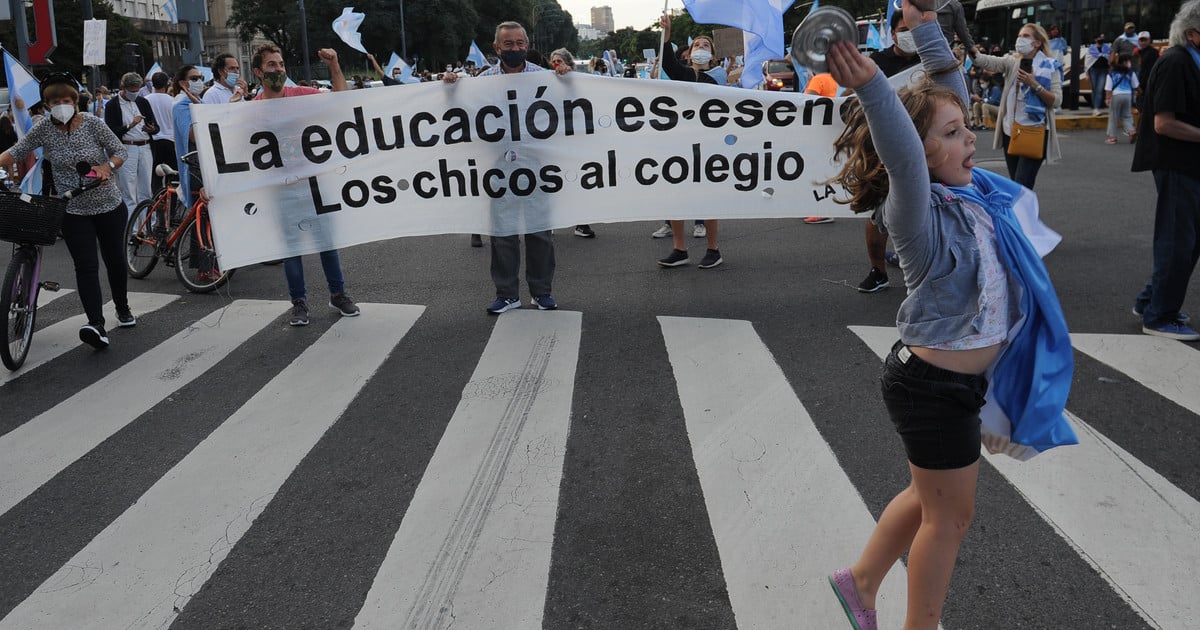 With decisive hours ahead, the City government hopes that Justice will open the way so that schools can open tomorrow. The most immediate resolution instance will be Room IV of the Buenos Aires Appeals Chamber, which has two appeals on which to issue. Prior to this, he will request the opinion of the Public Prosecutor’s Office. The head of Government simultaneously waits for the Supreme Court progress with the discussion on the unconstitutionality plate of Alberto Fernández’s DNU, which was presented on Friday.

Rodríguez Larreta’s promise continues to be to guarantee open educational establishments despite Decree 241/2021 signed by Alberto Fernández on Thursday at the last minute, which determined that face-to-face classes at the AMBA will be suspended for a period of fifteen days.

The first claim of the Buenos Aires government was before the Supreme Court of Justice, There they presented an action of unconstitutionality based on three axes: the alleged violation of the autonomy of the City, – “the decision adopted by the National State implies a virtual federal intervention”; the violation of the principle of reasonableness – “the suspension of face-to-face classes is not justified in empirical data” – and the violation of the principle of federal supremacy, according to which “the supremacy of the National Constitution is declared above all the legal order Argentinian”.

The Court understood, by criterion of the Attorney General, that it is competent to intervene in the proposal that centrally requests that the Decree of the national Government be annulled and thus its scope is null and void. However, the highest court does not have time limits to issue itself in this regard.

So, the attention of Rodríguez Larreta and his team is placed on the Buenos Aires Justice. Two appeals are in the hands of Chamber IV of the City Appeals Chamber, made up of Judge Marcelo López Alfonsín and judges Laura Perugini and Nieves Macchiavelli.

Two proposals came to that instance: that of a group of teachers gathered in the NGO Open the Schools, and the Center for Public Policy Studies, filed two appeals.

Both organizations stated that the decision of the national government to suspend the opening of educational establishments causes “Serious damage, not only in the rights and guarantees protected by the Constitution, but also in the boys and girls whose possibility of accessing a decent education is forbidden. “, maintains the letter to which Clarín agreed.

For this reason, it was requested that the application of article 2 of the presidential DNU be suspended, where there is talk of the temporary suspension of face-to-face classes, and it was also requested that the national State “abstain until the issuance of the final and firm sentence, of carry out any act that implies putting into effect the decree in question “.

At this time, judicial sources confirmed to Clarín, the Public Prosecutor of the City -in charge of Juan Mahiques- is resolving in this regard, and once they pronounce on the matter, the IV Chamber of Buenos Aires appeals, will be in conditions resolving.

On Friday night, the Administrative Litigation judge, who was in charge of these two presentations, Marcelo Segón, declared himself incompetent and sent those briefs to Judge Romina Tesone, who had already declared herself incompetent, hours beforehand, to resolve the request for the parents represented by the Official Defender’s Office.

The lawyers representing these two spaces insisted that the amparos return to Segón’s hands, fearing that they would suffer the same fate as the parents’ request: their rejection.

Finally, the movement of the file indicated that these last injunctions returned to the court under Marcelo Segón, which led to a complaint from the lawyers, which led to the complaint before the Court of Appeals. It will be this court that must be issued regarding whether it makes room for the opening of schools in the City of Buenos Aires on Monday, or if, on the contrary, it rejects the claim and validates the decision of the national government to suspend face-to-face classes during fifteen days.