Buenos Aires in the face of climate change: in 5 years its gas emission fell by 15% and by 2030 it should reduce it by half 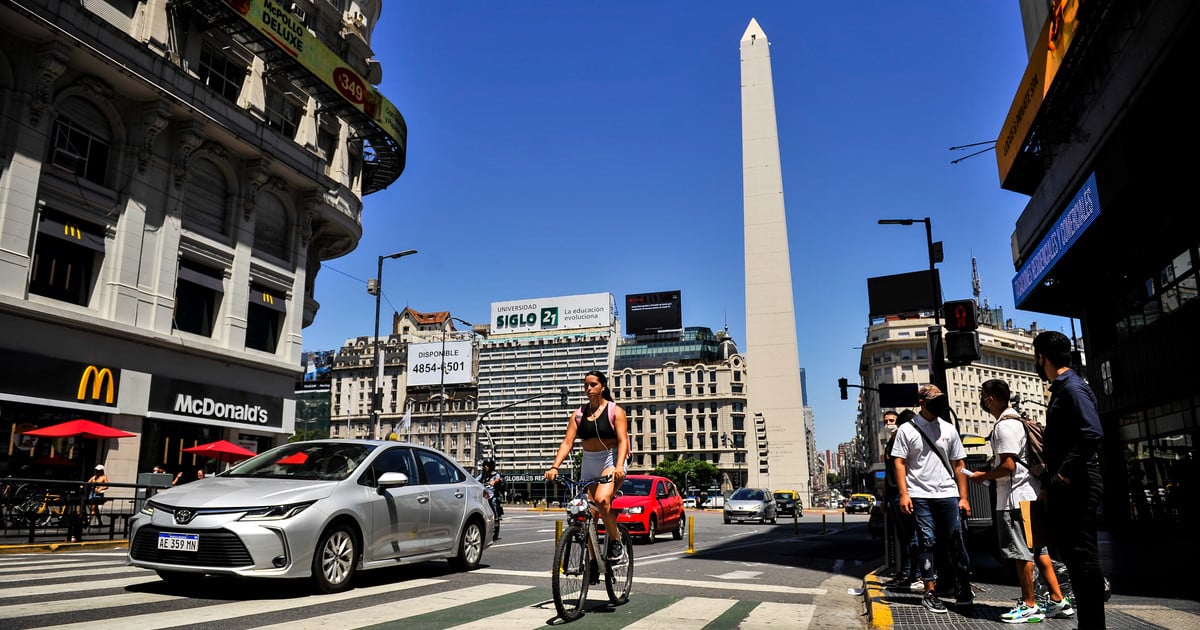 The UN report is alarming: global warming is progressing faster than previously estimated. Today the planet’s temperature is 1.1 degrees higher than in the pre-industrial era and by 2030 it will exceed 1.5 degrees. Natural disasters, such as wildfires, hurricanes, and floods, will only get worse. The only way to mitigate the situation is reduce gas emissions greenhouse effect. The City of Buenos Aires is no stranger to the problem and promised to lower them in 53% by 2030 and 84% by 2050.

Will it be possible? In principle, between the years 2013 and 2018 the City decreased its emissions by 15%. According to the Buenos Aires Ministry of the Environment, this reduction is due to lower consumption of natural gas and electricity and less use of fossil fuels to produce electricity.

Buenos Aires belongs to the C40 network, made up of 97 cities around the world that seek to implement actions to combat climate change. This body, which monitors adaptation and mitigation policies developed by cities, has just approved the Greenhouse Gas Inventory 2018, sent by the Buenos Aires Government.

The information in the document is required to the elaboration of Climate Action Plan 2050, which sets out the emission reduction goals and, also, the strategy to achieve carbon neutrality or carbon footprint 0 in 2050, in line with the provisions of the Paris Agreement.

The inventory counts the greenhouse gases generated by human activities that were emitted into the atmosphere for one year. It is carried out following a protocol established by the World Resources Institute (WRI), C40 and ICLEI (Local Governments for Sustainability).

According to the report, in 2018 Emissions in Buenos Aires territory amounted to 11,743,110 tons of carbon dioxide equivalent (CO2eq). 53% corresponded to the energy sector; 30% to transport and 17% to waste.

The origin of Buenos Aires emissions

In Buenos Aires, emissions from the energy sector came from consumption of electricity and fuels, mainly natural gas, in homes and buildings. The transport sector was also affected by the consumption of fuels and electricity by private cars and public transport, including trains and subways.

Emissions related to waste arose from the landfills where they are available. And to a lesser extent, the biological treatment of these wastes and wastewater.

The City has carried out these inventories since 2003, although it has records since 2000. Since then, there have been no significant changes in the pattern of emissions. The energy sector continues to be the main emitter, being responsible for 56%.

In the Buenos Aires Secretary of the Environment they explain that until 2013 emissions grew considerably. That year was the maximum record, with 13,579,915 tons of CO2 equivalent emitted. Since then, there has been a steady decline. In 2018, they were 2% above the value of the year 2000, although 15% lower than five years earlier.

The Buenos Aires government attributes this reduction to the fact that less natural gas and electricity are consumed and, also, less fossil fuels to produce electricity.

What will the City do to reduce its emissions and reach the goals set for 2030 and 2050? “Since 2007 we have been analyzing and designing a new city, thought about climate issues. The Metrobus turned 10 years old, the public lighting is 100% LED, we created pedestrian areas and promoted bicycles as a means of transport, among other measures. It is a complex, interdisciplinary work that is paying off “, says Eduardo Macchiavelli, the Buenos Aires Secretary of the Environment.

The official explains that the report presented to the C40 served as the basis for preparing a Climate Action Plan which defines 24 actions in four different areas to mitigate the situation. The objective is to achieve the reduction of greenhouse gases and that Buenos Aires is a carbon neutral city by 2050.

The first area of ​​the plan is “Innovative and low-carbon city” and aims to adopt sustainable technologies and habits. For example, through the use of clean energy and low-emission public transport and increasing and improving the separation of waste at source.

Buenos Aires from the air, with its LED lighting, a more environmentally friendly technology.

The third is “Prepared City” and it means that the idea is for Buenos Aires to adapt to the changes that are coming. For this, must be prepared for storms, add trees and green spaces.

Finally, the “Inclusive city” area seeks to integrate neighborhoods and the most vulnerable groups, with an efficient public health network, encouraging sustainable food and green schools, which are those that are committed to environmental education and management.

The clock is counting down. And to reach the promised goals, the City must accelerate its actions. It has just 29 years left to get close to the zero carbon footprint goal.