Brutal: he kicked the head of a fallen rival and sent him to the hospital, in a soccer match in Villa La Angostura 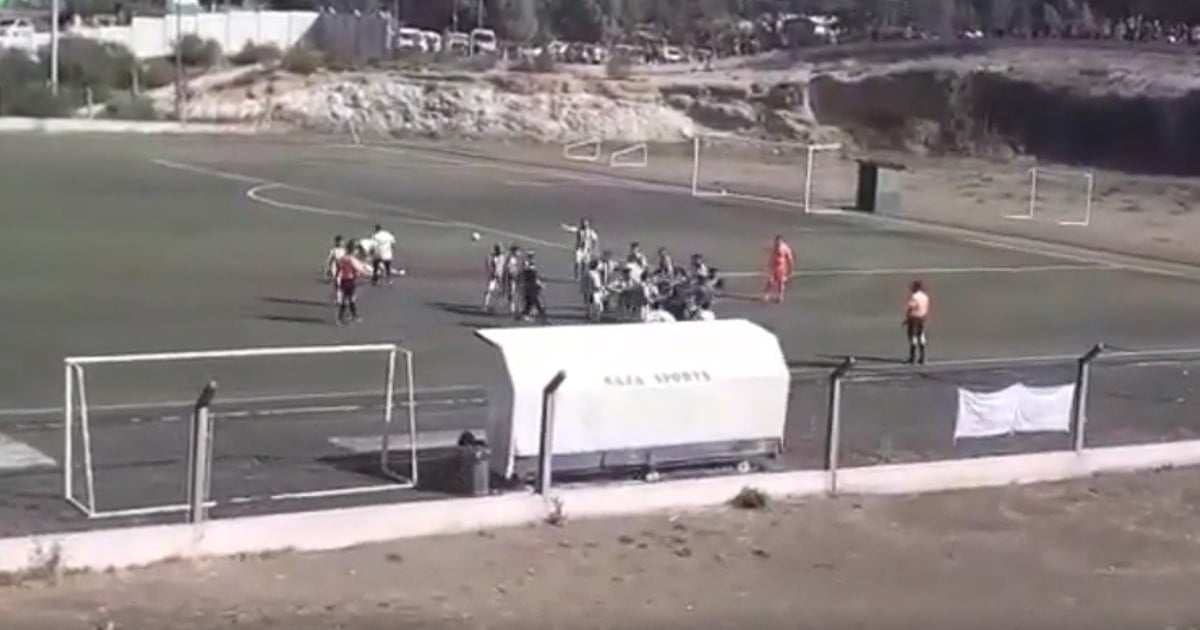 The classic last Saturday played by Club Las Piedritas and Club Deportivo Angostura will not remain in the memory for its result, but for the brutal kick that a footballer hit one of his rivals on the head, who had to be rushed to the hospital, although is out of danger.

The violent reaction of Enzo Alvarez, who plays for Club Las Piedritas, took place at the Andrés Martín sports center, during a match corresponding to the second date of the Quetrihué League.

After receiving the second yellow and being sent off, Álvarez could not contain his anger and – without valid justification – he grabbed it with a rival: he kicked the head of Francisco Cerruti, who was on the ground.

Immediately, the victim of the assault was referred to the hospital local, where “a tomography and in principle it would not have serious injuries, although this week new studies will be carried out “, as informed to La Angostura Digital one of his relatives.

Meanwhile, the referee of the match decided suspend the game, which had only one minute left to conclude when CD Angostura won 1-0.

For his part, the Undersecretary of Sports, Gabriel Mathias, declared that “the Disciplinary Tribunal will meet this Tuesday to define the continuation of the tournament and penalties, to the player Enzo Álvarez who will surely be very tough, and the situation and the club background.

In addition, the official remarked that they are working on “how the young man can be restrained” who suffered the blow to the head.

The tournament will remain suspended during a date, which will function as “a day of reflection” and then it will continue its development normally. However, it will be analyzed “if it is necessary to take new measures of containment and prevention” against the incident.

MasterChef Celebrity: A very complicated night due to a challenge that was very difficult

Edwin Jackson will miss the remainder of the season