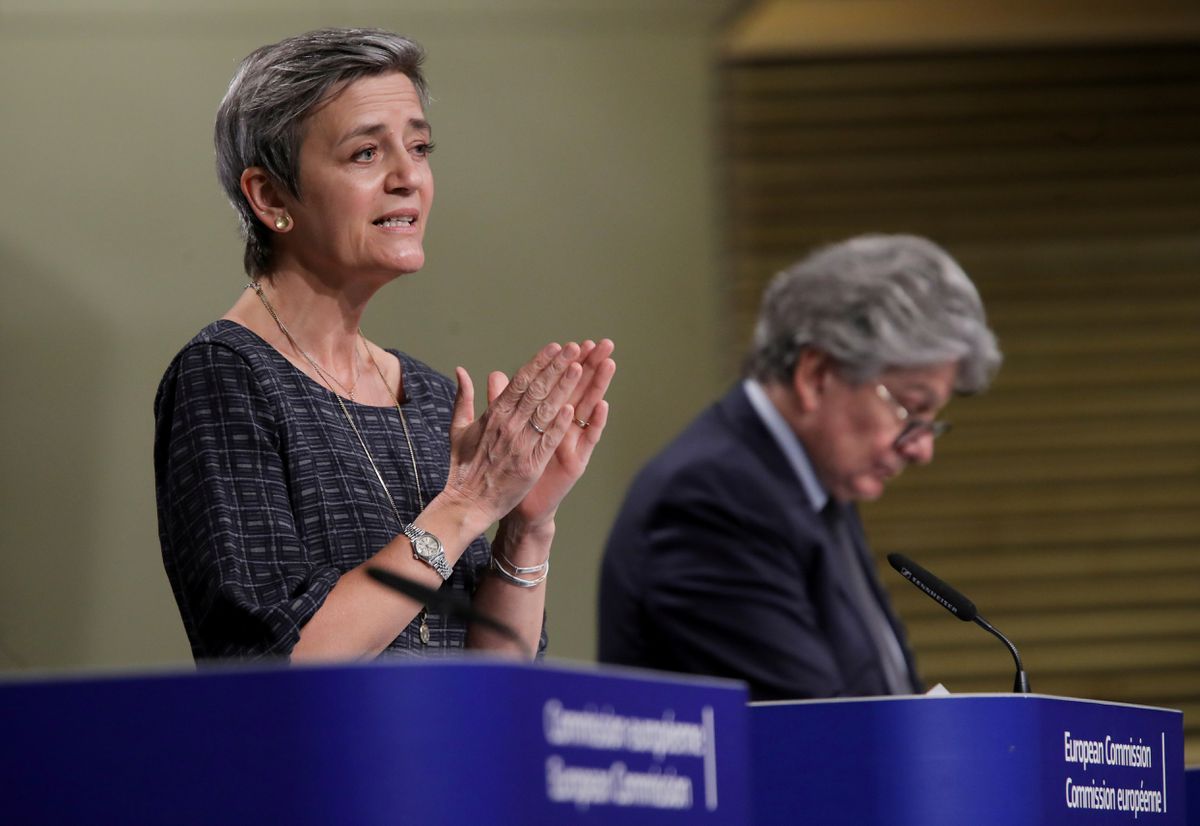 Brussels aims to accelerate investment in artificial intelligence in Europe, but not at any price. The EU does not want to lose more ground with respect to the United States and China and will mobilize at least 20,000 million euros over the next decade with the aim of intensifying the digitization of industry, energy or health. However, the European Commission will put strict limits on applications such as facial recognition. The executive vice president of the Community Executive, Margrethe Vestager, has warned that this technology will be “in principle prohibited” and will only open the hand in “extreme” cases, considering that the risks involved are “unacceptable”.

The European Commission has launched a package on artificial intelligence this Wednesday after an intense debate that started three years ago. “We are not regulating the technology, but its use. And we do it seeking a balanced approach between trust, excellence and European values ​​”, explains a senior community official. Brussels, which will allocate 20% of the recovery funds to the technological transition, wants to tie short the use of a technology that can allow a huge leap, for example, in the diagnosis of diseases, but whose use can also threaten diseases. freedoms of citizens.

In the spotlight are, above all, applications for remote facial recognition, which generated great controversy as a result of its use by the authorities in the demonstrations in Hong Kong. The Commission, which was initially very reluctant to use it, wanted to study carefully whether it could make any kind of exception. It has decided that it will, but it will be “extreme” cases, in Vestager’s words. In other words, it can only be used with prior judicial authorization and in very specific cases: searches for victims or perpetrators of crimes, missing children or if there are terrorist attacks. They are caveats. The general rule is, in any case, its prohibition.

Apart from this application, the Community Executive has opted for a regulation consisting of a graduation of the risks of artificial intelligence into four categories: unacceptable, high, limited and minimal. Among those that Brussels considers intolerable are all those that may involve a violation of fundamental rights, among which there is the temptation for countries to create a kind of “social score” built on their history of debts, convictions or fines. That practice, as well as the rest that are considered to be unacceptable, will be prohibited in the EU.

In the case of companies that develop technology that puts fundamental rights at high risk, the Commission will ask for maximum transparency, technical documentation and guarantees on cybersecurity, among other things. The criteria will be more relaxed when the risk is limited – for example, the use of chatbots– while there will be no restrictions on activities that Brussels believes do not threaten the rights of its citizens. Community sources explain that the regulation has been based on the need to avoid the fragmentation of the single market, which is why it has focused on the civilian use of these technologies and has left out military applications.

As in all the occasions in which Brussels exhibits its regulatory muscle, the big technology companies had in recent weeks intensified their pressure on the Community Executive, fearing that it could stifle innovation. Brussels believes, however, that the threat was the opposite if it did not act: that because of the risks that this technology entails, some partners would have decided to ban it outright. “We will be the first continent to give some guidelines, so we are saying that if someone wants to develop this technology, come to Europe,” said the Commissioner for the Internal Market, Thierry Breton.

Brussels will create a European Council of Artificial Intelligence that will have to supervise all these activities. Compliance with the regulations must, however, be controlled by the national authorities. In case of non-compliance with these rules, companies can be sanctioned with a fine of up to 20 million euros or 4% of the company’s worldwide turnover. But there too, Brussels is planning a graduation. The proposal must now be adopted by the European Parliament and the Council of the EU, the body in which the 27 members of the community club are represented.

The package approved by the Commission also includes a coordinated plan on artificial intelligence of the Twenty-seven. In fact, 19 countries (including Spain) have already approved their national plans, so the Commission wants to channel resources to seven large areas. Two of them respond to the great priorities of the moment: the Green Pact and the fight against the pandemic. Brussels has mapped five other major activities: the public sector, robotics, mobility, agriculture and home affairs. The Community Executive foresees two financing channels: the recovery plan, with 134,000 million dedicated to the digital sector, and the Horizon Europe program, with which it intends to mobilize up to 20,000 million euros.

Luciana Cáncer, on anorexia: “My body saved me, it ignored my head”

“I have known him for many years, but I have no business with him”