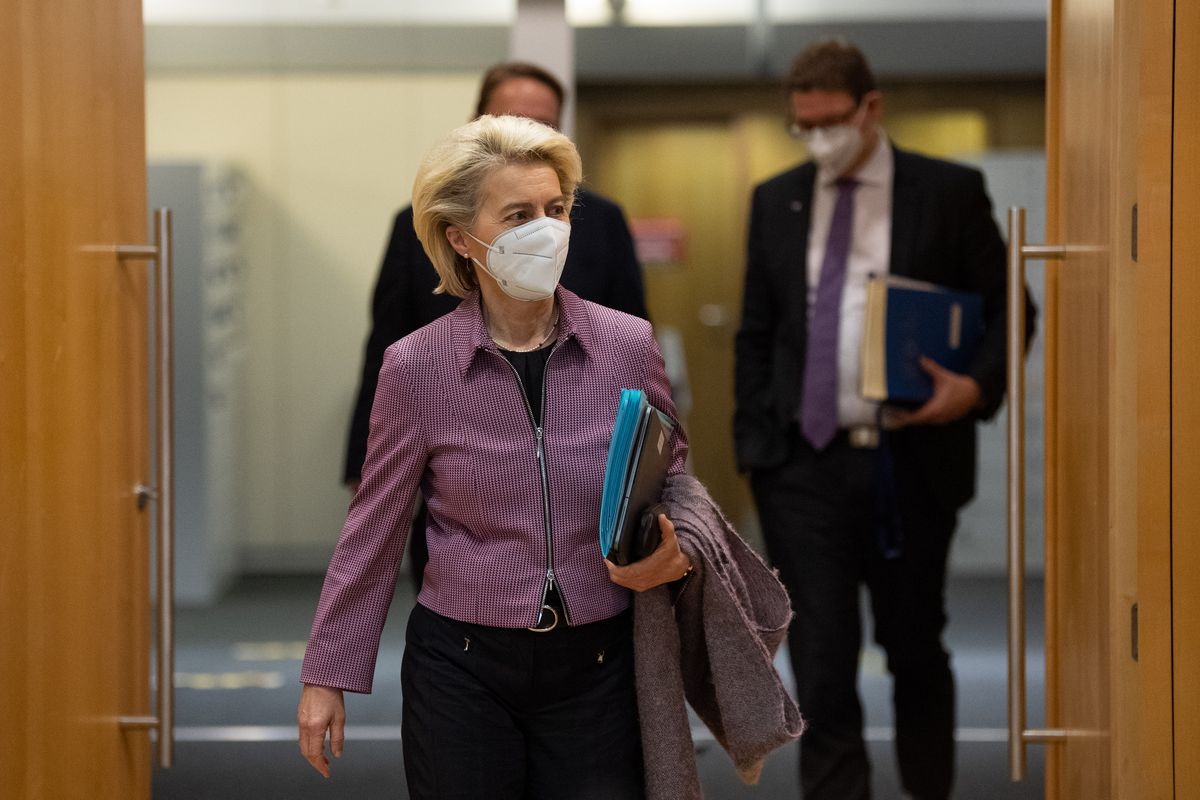 Brussels remains firm in its strategy of not giving up an inch in the tense battle it has with Poland on account of the rule of law. The European Commission this Wednesday started an infringement procedure against this country considering that its Constitutional Court “expressly challenged” the primacy of community law. This body issued two judgments, one in July and the other in October, which have caused an institutional earthquake and have placed the Eastern partner on the brink of a legal break with the EU.

The disputed decisions of the highest guarantor of the Polish Constitution ruled that several articles of the European treaties are unconstitutional in their country and questioned the obligation to comply with the provisions of the Court of Justice of the EU (CJEU). With the last of them, the president of the Commission, Ursula von der Leyen, lost her patience and assured that she would do everything in her power to beat the pulse: “We are not going to tolerate putting our common values ​​at risk” , he snapped at the Polish Prime Minister, Mateusz Morawiecki in a debate in the European Parliament.

“The Commission has serious doubts about the independence and impartiality of the Constitutional Court and considers that it no longer meets the requirements of a court previously established by law, as required by article 19.1 of the EU Treaty,” the Community Executive said this Wednesday to Through the statement with which it has announced the start of the procedure. This precept of the treaties, which places the CJEU at the top of the legal architecture of the EU and obliges the member states to guarantee the effective judicial protection of their citizens, is precisely one of those questioned by Warsaw in its judgments.

“We consider that these cases do not comply with the general principles of autonomy, primacy, effectiveness and uniform application of Union law and the binding effect of the judgments of the Court of Justice”, has considered the European Commissioner for the Economy, Paolo Gentiloni, in a hearing , when announcing the Brussels coup. “The EU is a community of values ​​and rights, and the rights of Europeans under the treaties have to be protected, regardless of where they live.”

The initiative of the Community Executive, which has taken more than two months to move this tab, tries to place the Polish Government on the ropes, while both parties continue to negotiate the reform of its judicial system, an essential requirement for the Commission to approve the plan Polish recovery. Brussels asks that Warsaw dismantle the disciplinary chamber of the Supreme Court, a body that violates the independence of judges, according to Brussels. Now the Polish Government has two months to respond to the formal notification of the Community Executive.

At the end of October, the EU Court of Justice forced Poland to pay the European Commission a fine of one million euros a day for not paralyzing the activities of this disciplinary chamber of the Supreme Court. This measure, adopted by the European justice system to prevent the “political control” of the judges from causing a “serious and irreparable damage”, while the body is still running, also has its origin in the long battle of the Community Executive to stop the illiberal drift from Poland.

Somehow, the judicial and political mess between Warsaw and the Commission is reminiscent of a messy skein that always revolves around the same thing – judicial independence, the rule of law – and to which layers are added with each movement on the board. . Every action has a reaction and the procedures are added to the sentences, and these to the precautionary measures, and these in turn to the fines and sanctions, forming a very complex amalgam of which it is easy to lose the thread. This new procedure, when the time comes, could also end up in the Court of Justice of the EU and with this body decreeing a sanction.

The two judgments against which Brussels has raised the infringement procedure this Wednesday also have as a background the reforms of the Polish judicial system, which Brussels has tried to put into practice since 2019, considering that Warsaw intends with them to increase political control over the judges. The Warsaw Government, on the other hand, pulls its nails and claims to be defending its country from the growing interference of an EU with a centralizing vocation that meddles in internal affairs.

Brussels has been trying for months to tighten the fence around the Morawiecki government. The refusal of the Community Executive to approve the Polish recovery plan (36,000 million euros, between grants and loans) could be a first serious blow to the coffers of the Eastern partner: if the fund does not get the green light before December 31, This country would automatically lose the right to receive 13% as a pre-financing advance (close to 5,000 million).

Added to this is the other tool with which Brussels wants to tighten Morawiecki’s nuts: the so-called conditionality mechanism, an instrument designed to prevent European funds from reaching illiberal regimes. At the end of November, the Community Executive took the first steps to activate it, asking Poland (and also Hungary) for explanations about the impact that the deterioration of the rule of law in both countries can have on the management of European funds.

But Warsaw also plays with some cards in its hand: at the last European summit of the year, held last week, it dynamited the negotiations on Energy, preventing the European Council from reaching conclusions on one of the most serious issues of the year. Officially, Poland expressed its disagreement with the CO2 emissions trading system. But Brussels, and some capitals, fear that it was a first act of retaliation for the Commission’s refusal to give the green light to the recovery fund.

Roma-Sampdoria, the blucerchiati launch the challenge to Mou