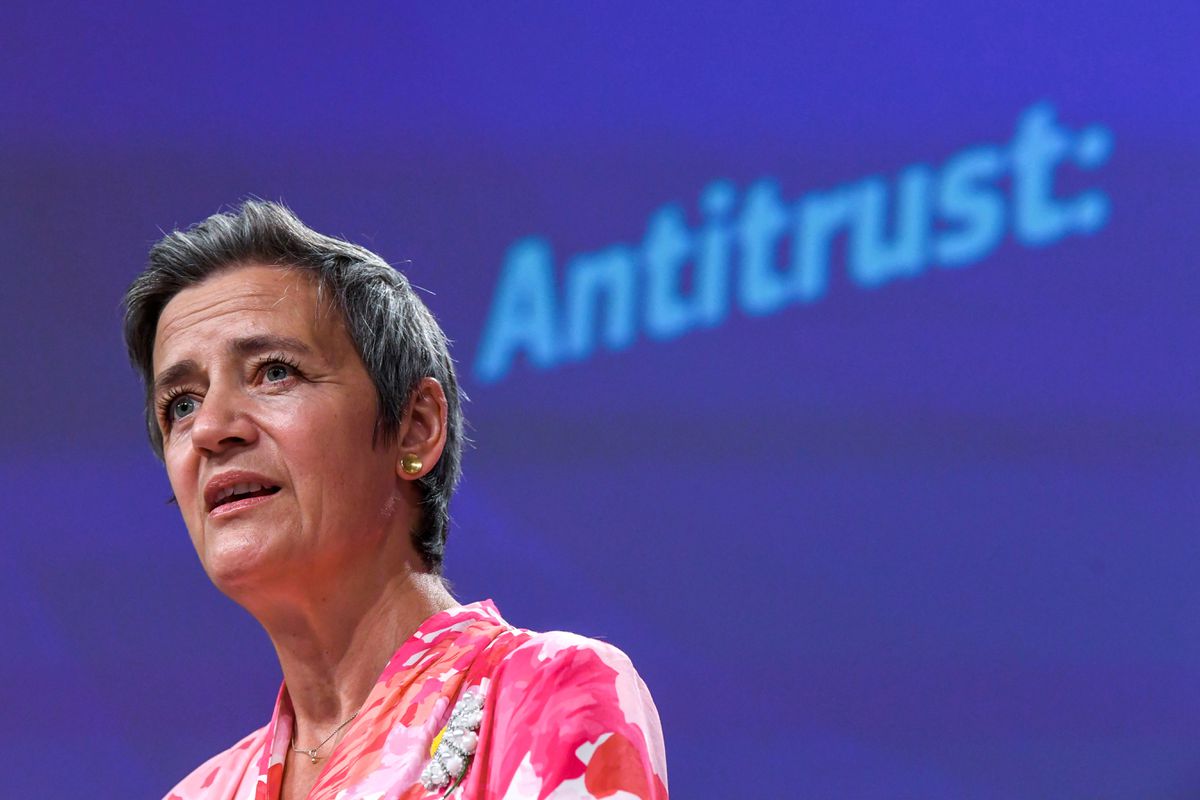 Brussels is not easing its pressure on big tech. The European Commission announced on Tuesday that it has opened a formal antitrust investigation against the US giant Google to determine whether it has favored its display advertising technology services. on-line to the detriment of other providers, advertisers and online publishers. The Community Executive recalls that this type of advertising, which generates a business volume of about 20,000 million euros in the EU, constitutes the formula for many publications to offer their content free to consumers. The company denied those allegations.

Google is once again in the sights of Brussels. The Silicon Valley multinational already occupies the first three steps on the podium of the highest fines imposed by the European Commission in the area of ​​Competition. In total, the North American group had to pay 8,240 million euros for violating community rules in three cases resolved between 2017 and 2019. The Commission is now opening a new front against the company by having indications that it is “distorting competition” by restricting other companies’ access to user data on websites and applications for advertising purposes and to reserve that information for their own use.

The second executive vice president of the European Commission, Margrethe Vestager, in charge of Competition policy, recalled through a statement that “advertising services on-line they are the foundation of how Google and publishers monetize their online services. ” “Google collects data to use it for specific advertising purposes, sells advertising space and also acts as an advertising intermediary. Therefore, Google is present at almost all levels of the online display advertising supply chain, ”said the Danish company.

The Community Executive points out that many publishers trust graphic advertising on-line to finance content that they give for free on the internet. An example of this type of ads with visual support are the so-called banners. Brussels estimates that, in 2019 alone, spending on display advertising in the European Union was € 20 billion. “A level playing field is essential for everyone in the supply chain. Fair competition is important, both for advertisers to reach consumers on publisher sites and for publishers to sell their space to advertisers to generate revenue and funding for content, ”Vestager cautioned.

The general director of Google in Spain and Portugal, Fuencisla Clemares, assured this Tuesday that the advertising services of his company “work in an absolutely competitive way”, and Google will work with the European Commission to prove it, informs Íñigo de Barrón. Clemares participated in Santander in the seminar organized by the Economic Press Association (APIE) at the UIMP, and was asked about the investigation that Brussels has opened to Google.

“We have thousands of customers who use our advertising solutions because it allows them to reach globally and because it works for them,” responded the Google directive. “We will work with the Commission to clarify any doubts they may have and demonstrate that our solutions work in an absolutely competitive way.” Clemares also denied that Google was a monopoly, although he admitted that “it is getting bigger, it is more and more successful, and it is normal that there is more scrutiny of us and that we are looked at in more detail in everything we do.”

The Commission’s investigation will focus on display advertising in various services that it provides to both advertisers and publishers. In particular, Brussels wants to examine: the obligation to use the services of Google Display & Video 360 (DV360) and Google Ads to buy display ads on YouTube; to use Google Ad Manager to publish advertising on YouTube; the alleged favoritism of Google AdX by DV360 and Google Ads; the restrictions imposed by Google on third parties to access data on the identity and behavior of the user, available for the advertising intermediation services of the technology giant; the company’s plans to ban cookies third parties in Chrome, and the group announcement to stop making the advertising identifier available to third parties on smart phones.

The Commission has already informed Google and the Competition authorities of the EU partners that it has initiated a procedure, which recalls that it does not prejudge the outcome of the investigation. There is no legal deadline for the process, which depends on its complexity and the cooperation of the company.

The Brussels investigation joins others underway with other giants such as Facebook and comes just two days before the US House of Representatives will vote on six laws to curb the power of these large corporations. Goole had already been punished in 2019 with a fine of 1,494 million euros for abuse of a dominant position in the advertising market on-line for ten years through its Google AdSense platform. Before, it had already been sanctioned on two occasions: one involved a payment of 2.45 billion after Brussels concluded that it was taking advantage of its position in the Internet search market to dominate the comparator sector; and the other involved a record $ 4.34 billion penalty for restrictions imposed on Android makers.

The Commission has more proceedings open against big tech. The last to start has been to determine if Facebook violated community rules by using data from its advertisers and inquires if the platform is linking its classifieds services with the social network. Brussels also recently concluded an investigation against Amazon, which it accused of “systematically” using the private data of sellers who use the platform for the benefit of their commercial strategy. Finally, Apple is also on Brussels’ radar for abuse of a dominant position in the distribution of music download applications through the App Store, applying commissions that penalize companies like Spotify.