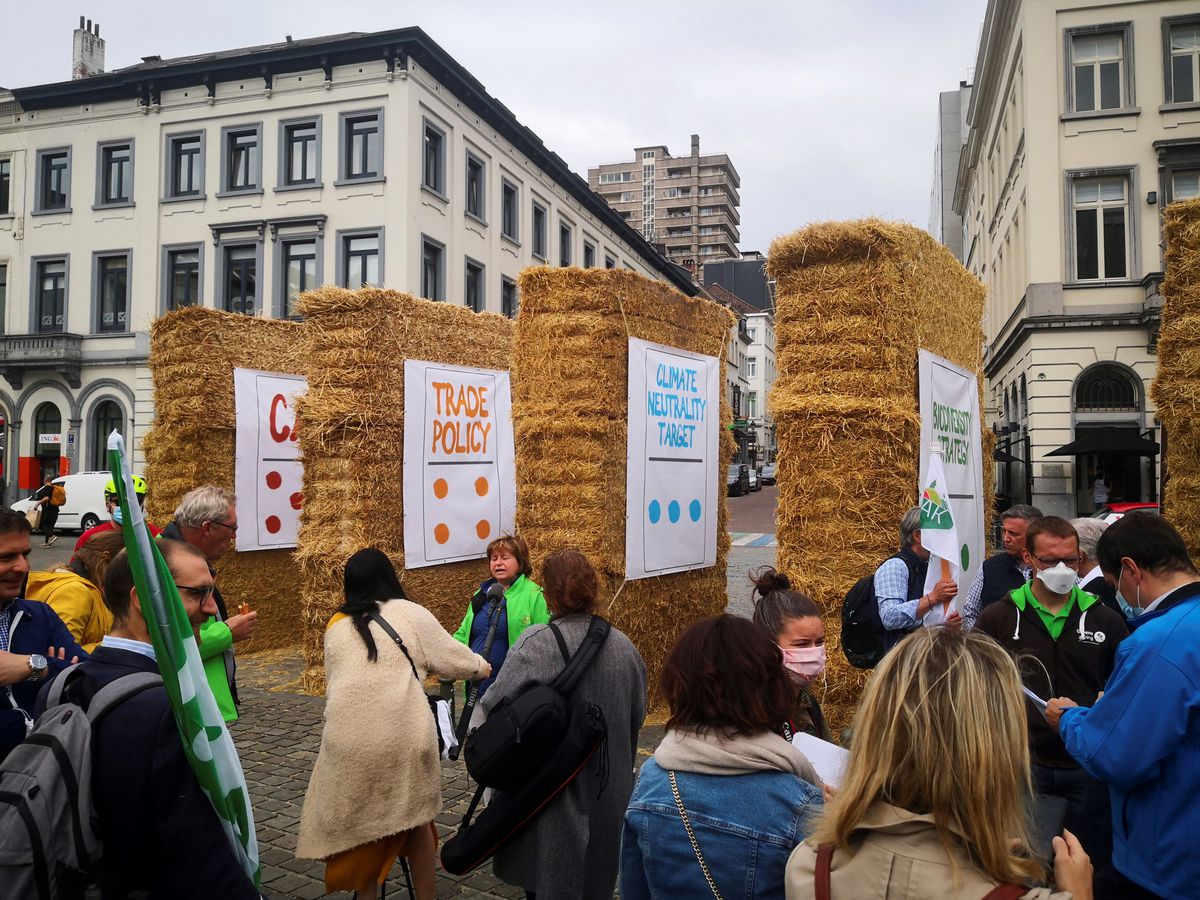 After the political agreement signed last October and the one achieved in the last hours between the Commission, the Council and the European Parliament, the Community Ministers of Agriculture will try to close the negotiations for the reform of the Common Agricultural Policy (CAP) between this Monday and Tuesday. ), which have been developed during the last three years and whose entry into force was postponed for two years, until 2023. If an agreement is reached, the ministry led by Luis Planas will negotiate the conditions for its application during the next fortnight with the autonomous communities. , which must be contained in the Strategic Plan that is being agreed with the regional governments for submission to Brussels before the end of the year.

Broadly speaking, there are four lines that will make the difference in the new CAP: the greater weight of green policy, representing more than 40% of the budget due to reinforced conditionality; a boost to the policy of redistribution of funds; a greater simplification in its management; and the requirement to verify whether the actions have been effective, beyond the controls to determine that the expenses have been made correctly.

In the case of Spain, the new CAP will have 47,724 million euros for a period of seven years, of which some 5,000 million per year correspond to direct payments, a volume similar to that received in the previous period, but due to the effect of inflation the sector considers is 10% lower. According to an EU study, total CAP funds account for 36% of a farm’s income and only direct payments account for 26%. Globally, of the 5,000 million funds for direct payments, the resources earmarked for basic income assistance will represent almost 60%.

One of the most important novelties is the policy of eco-schemes, complementary measures that a farmer or rancher can execute beyond the requirements in terms of conditionality to receive aid. For these purposes, Spain initially defended only 14% and later joined the 20% raised by Germany. The European Parliament proposed that this percentage reach 30% and finally it will be 25%, which is expected to be applied progressively in two or three years starting at 20%. For Spain, it means diverting more than 1,000 million euros from direct payments.

In principle, eco-schemes would be mandatory for all countries. In Spain, practices such as improvement in the sustainability of pastures, mowing systems, margins, crop rotation, plant covers, extensive grazing, precision agriculture, nutrient management, alternatives to stubble burning, improvement and conservation would enter. of soils, direct seeding or improvement of biodiversity. The Minister of Agriculture of Aragon, Joaquín Olona, ​​considers that they should have as priority recipients small and medium-sized farms.

One cap per beneficiary

In the framework of the redistributive policy defended by the EU, a ceiling of 100,000 euros per petitioner was negotiated with an adjustment of 25% from 60,000 euros; 50% between 75,000 and 90,000 euros; and 80% from 90,000 euros. Its application will be voluntary in each country. The ministers must define the ceilings on the convergence of aid in the community framework to correct the current differences and it is considered that it will be 85% in 2026. In Spain, Agriculture has regulated it by establishing that in the same region the lowest payment in 2021 it must exceed 70% of the regional average to reach 80% in 2022, measures that have been the cause of protests in some territories. The official objective is that one farmer charges the same for the same activity as another. The percentage of funds to be applied in the redistributive policy and the maximum percentage to pass from one pillar to another, direct payments and rural development, must be decided. The Union of Small Farmers (UPA) defends that redistributive payments are, at least, 12% of the funds to support family farms.

Aid for the incorporation of young people into agricultural activity, which currently represents up to 2% of the funds, will improve by having to reach “at least” that 2%, with a ceiling of 100,000 euros.

An open door to debate at the last minute is the requirement of social conditionality and compliance with the rules on labor hiring to collect aid. Regarding the definition of the farmer who is the priority recipient of the aid, the proposals foresee the need for the income from the activity to represent at least between 20% and 30% of their total income. The number of the first hectares of a farm must be defined with a higher aid.

The Coordinator of Organizations of Farmers and Ranchers (COAG) demands the maintenance of priority in payments for professionals. It also supports environmental policy, but fears that with the current approaches to green policy, reduction of fertilizers, phytosanitary products, antibiotics or more ecological surface, the very food self-sufficiency in the EU, which was defended by the initial CAP of the past, is being jeopardized. century, in a scenario of global food shortage. Meanwhile, he points out, there is an open bar for imports from countries with fewer controls and other quality requirements, which put the viability of family farms at risk compared to large groups.