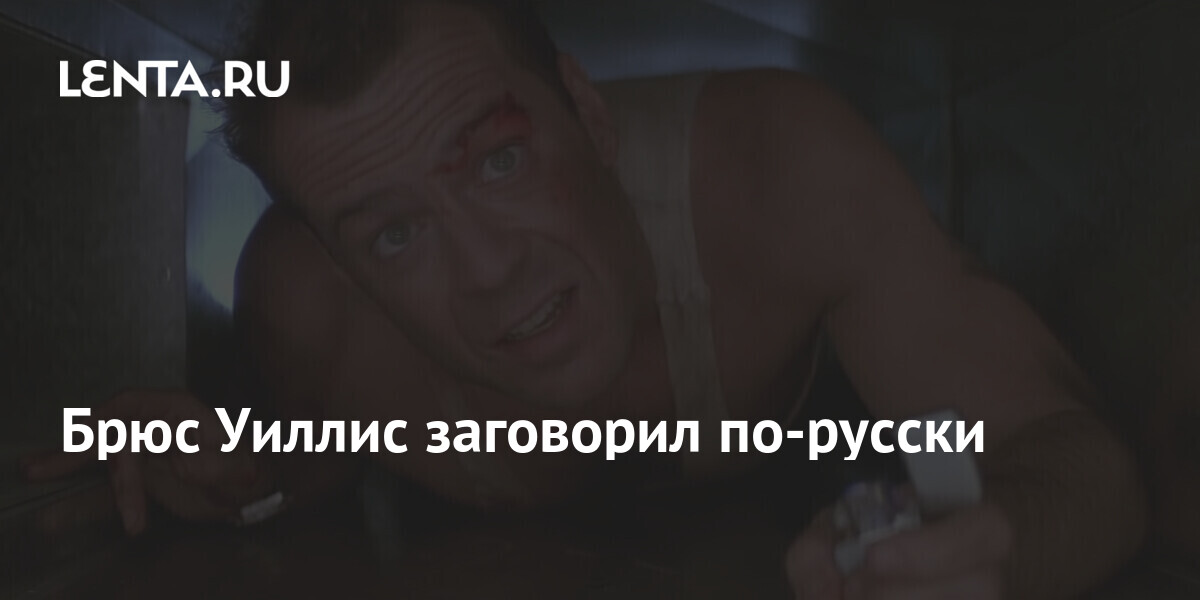 American actor Bruce Willis read in Russian a poem by Vladimir Orlov “I learned that I have a huge family” from the film “Brother 2” by Russian director Alexei Balabanov. About it informs publication “Culture”.

In the video, the actor sits alone in a room and reads lines in an American accent. Netizens doubted that the actor really spoke Russian, and suggested that the video was a well-crafted deepfake. The actor’s face was simply used in a promotional campaign, and Willis himself has nothing to do with it.

Earlier it became known that the daughter of Bruce Willis confessed to self-loathing because of the resemblance to her father. Willis said that she suffers from body dysmorphic disorder, a mental disorder in which a person is overly concerned about a minor defect or feature of his body.