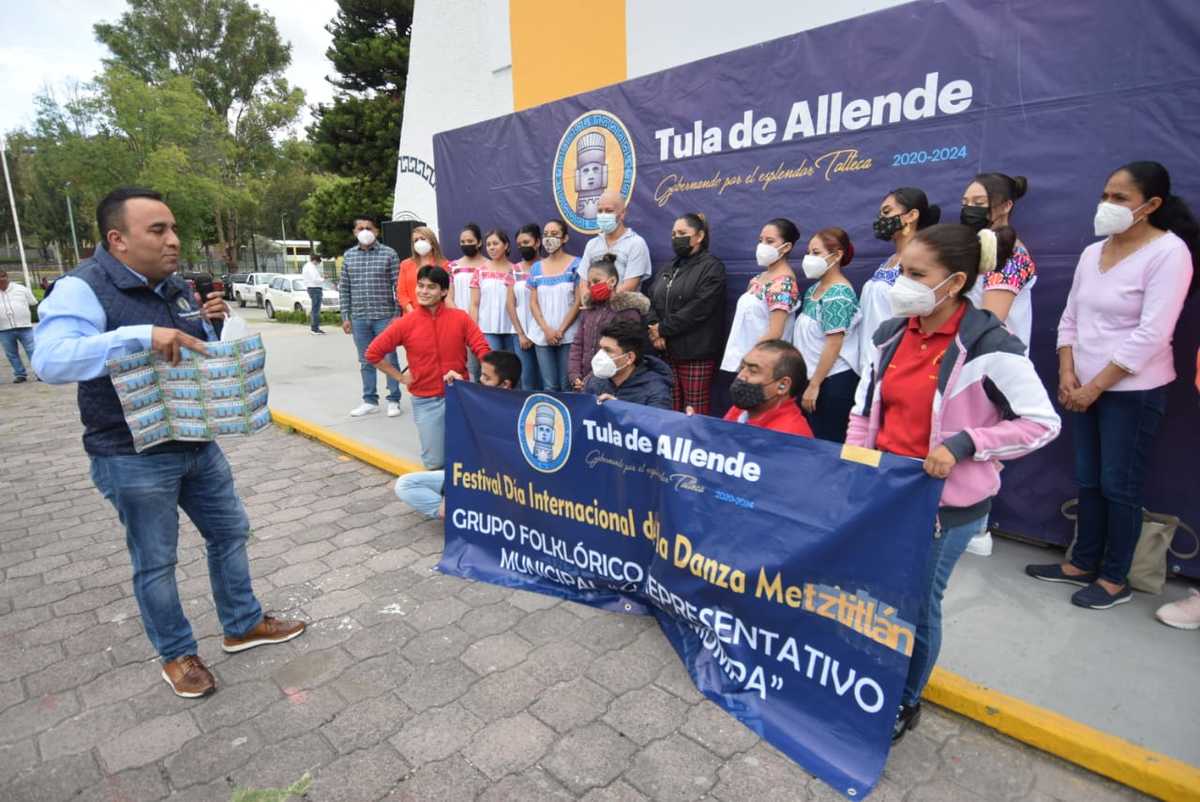 On Tula de Allende There is a lot of interest from children and youth in approaching art and for this reason the administration offers various alternatives, among them the municipal folkloric ballet Ollin Mumpa, said the general director of said group, Jorge Hernández Román.

The head of the ballet said that despite the restrictions due to the pandemic “there is a lot of response; the boys who have a hunger for art, culture, call it painting, music, dance, and in my case a very particular folk dance; the boys are already desperate at home wanting to return to their activities ”.

However, he said that they are already working “in the train station, gradually with small groups; the days get a little longer but it is worth seeing the students have their face-to-face classes ”.

Currently, he detailed, “the official ballet is made up of 12 couples on stage plus their general dance corps and we have a group of 45 elements,” and he invited those interested in joining this project to attend the folk dance workshops. , which are held in the old train station on “Monday, Tuesday, and Thursday, from 5 in the afternoon to 9 at night, and Saturdays from 9 in the morning to 12 noon”.

He explained that “it is for all ages”, and stressed that “it is never too late for anyone who wants to learn part of their customs, their traditions, because a people without culture is not great, it does not grow, it is nothing.”

He expressed that those interested in participating in the workshops should only prove their residence in Tula and have the willingness to be part of this 26-year-old ballet.

The ballet director said that with the support of the Tulense mayor’s office this weekend they participate in Metztitlán “in the International Dance Festival, on its tenth anniversary”, and announced that in November they have “an invitation from the municipality of Huejutla to be there representing our demarcation in the festival of the Day of the Dead ”, in addition to activity for the national holidays.

He said that activities are being resumed after the critical period of the pandemic, and admitted that it affected them “really a lot, as artists we were totally hit by this pandemic, but fortunately we are gradually opening all our cultural activities, and we are traveling with all the means of security, the festival will also have many disinfection filters ”.

Finally, he thanked the mayor of Tula, and the municipal president, Manuel Hernández Badillo, for their support of the ballet.