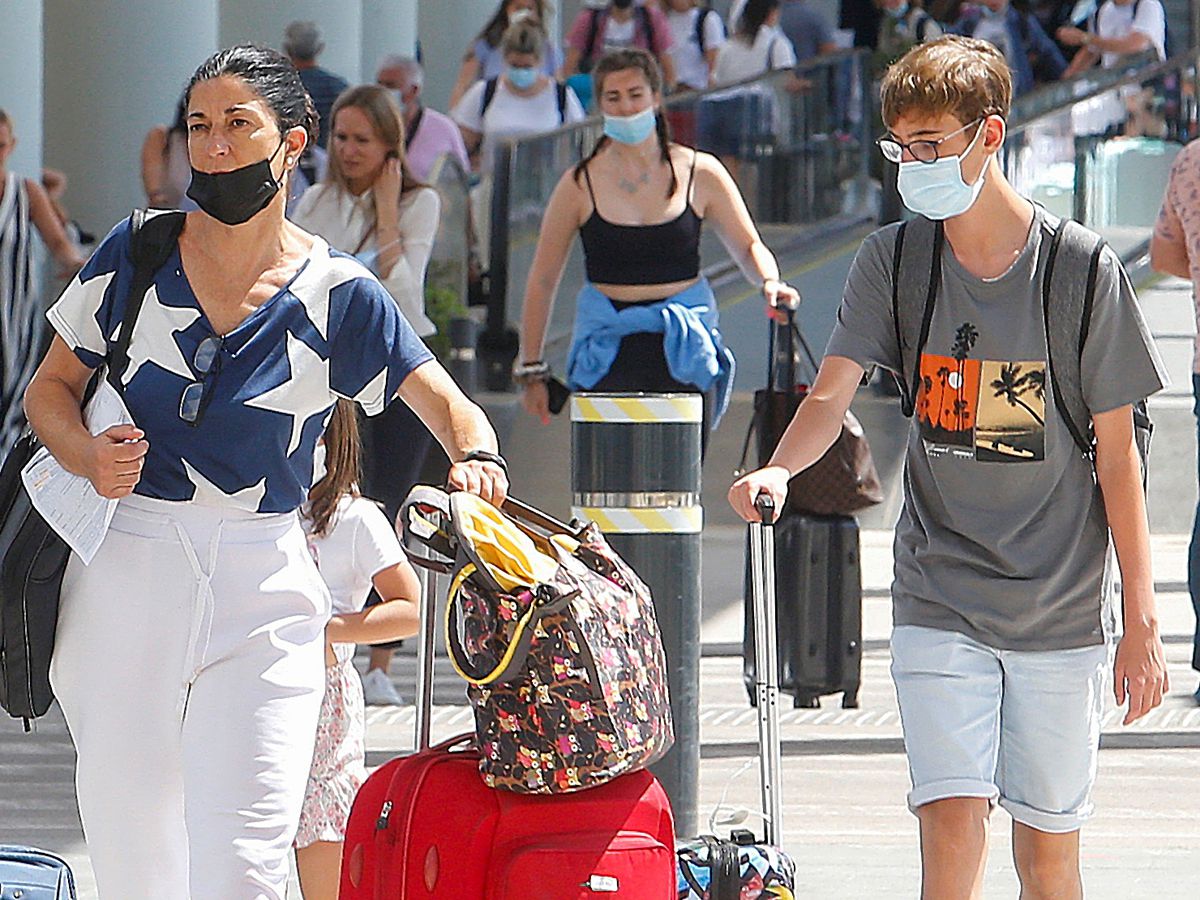 From this Monday, British tourists who arrive in Spain to spend their holidays and are vaccinated should not be quarantined upon return, according to the new mobility protocol approved by the Government of Boris Johnson that comes into force this Monday, baptized in the islands What the day of freedom because many of the restrictions on mobility are lifted. The British opening has triggered the reservations to fly from the islands to Spain by 400%.

In reality, the situation has not changed that much. London keeps all of Spain at amber traffic light, the list of countries in which there is a risk of traveling due to their health situation, which means that when travelers from the islands return to their country they must quarantine. But it has exempted those who have received the complete vaccination schedule from this obligation, although they will have to undergo two covid detection tests, before and after the trip. Since the United Kingdom announced the lifting of this quarantine, reserves have increased by 400%, although they started from very low levels, according to sources from the Air Lines Association (ALA).

The Balearic Islands were the only Spanish territory that were included in the green list of safe areas to travel, but given the rise in infections, London decided to change its mind and from this Monday the Spanish islands re-enter the amber list.

At the Palma airport this morning the screens of the arrival flights monopolized those from cities in Germany and the Nordic countries. Before ten o’clock, two flights from the United Kingdom landed, with passengers from Newcastle and the East Midlands, perfectly organized by the tour operator Jet2 Holidays. In the area outside the terminal, the agency employees welcomed one by one families, couples and groups of friends who, loaded with suitcases, were looking for organized buses to different locations on the island. “We come to the Pollença area for 10 days,” explains Bratka, of Polish origin and resident of Newcastle, who shows his document with the complete vaccination schedule, which they have had to show at the health and passport controls installed in the terminal. She is elated because it is her first trip after confinement and believes that people in the UK are very happy “because now you can travel more freely if you are vaccinated.”

The spokesman for the Balearic Government, Iago Negueruela, has highlighted this Monday that despite Spain’s entry into the amber list of the covid traffic light, more than 35 million Britons have “easier” to travel by allowing the mobility of people with double vaccination guidelines . Negueruela has stressed that it is only necessary to “take a look at the streets” to realize that “there is a tourist season” and that the decisions of the United Kingdom in this case are not having an effect on reservations.

At Palma airport, Ben, who has arrived on the same flight, explains that in the United Kingdom most of the population has the double vaccination schedule and soon all young people will also be immunized against the coronavirus. “I am very happy, it is the first trip after months with strong measures. I have been fully vaccinated and that makes me sure, “he says. Smoking a cigar about to get on the tour operator’s bus is Nina, who has arrived with her boyfriend to spend a week in the Palmanova-Magaluf area. Neither of them has the complete vaccination schedule and they will have to undergo a quarantine upon their return to the United Kingdom, after the Government of Boris Johnson removed the Balearic Islands from the list of safe areas to travel to and that are exempt from quarantine. around the corner. Despite this, Nina says it makes up for the trip: “I paid extra to do a five-day quarantine. If you do not pay the quarantine it is ten days, but I have decided to pay an extra to make it five ”says this young woman from Nottingham happily.

Friends Alice and Deb have arrived on the flight from East Middlands, who hope to spend ten days on the beach and sun in Alcúdia. Both are fully vaccinated and are grateful not to have to confine themselves upon their return, although they had the vacations booked with the possibility of changing the dates. “People need to get out after the months of confinement, we needed to feel like we’re on vacation,” says Alice. On the same flight, the marriage of Martin and Sarah with their seven-year-old daughter has arrived. They are vaccinated, although the girl has not yet. “We think it is quite safe to travel right now. We go to a hotel in the Pollença area, the hotels have many security measures and we are also vaccinated, ”she explains, who does not think they will have problems during their vacations. The arrival of the British to the islands began on June 30 when the United Kingdom placed the archipelago on the list of safe countries that did not require quarantine upon return. Despite the fact that since today the islands have returned to the situation of medium risk for the United Kingdom and the unvaccinated have to quarantine upon their return, those who travel with the full vaccination schedule are exempt from doing it upon their return.

The ‘day of freedom’ in the UK

The freedom day, as they have baptized in the United Kingdom, the day that the main mobility restrictions are lifted, comes this Monday when the country suffers the highest increase in cases of covid infections, due to the delta variant, the highest in the world, according to Bloomberg. This Monday the total reopening of the economy hit by the deepest recession in its 300-year history was scheduled. But the lifting of mobility limitations comes against a backdrop of growing infections and political conflict for Johnson.

The United Kingdom added more than 54,000 new infections on Saturday and almost 48,000 on Sunday, a higher rate of infections than Indonesia, the current global epicenter of the pandemic, according to data compiled by Johns Hopkins University.

The airlines, Ryanair and easyJet among others, have increased frequencies and capacities with the United Kingdom but also with other important issuers, such as Germany, in anticipation of a demand retracted due to the increase in infections, which had caused cancellations and falls in reserves in various areas of the country.

Last Friday London announced that travelers returning to England from France must continue to keep a 10-day quarantine from Monday even if they are fully vaccinated, against its initial decision to allow them to enter without the need to isolate themselves. At the moment, it only affects France.

The evolution of British tourism is key for the numbers in Spain, because it is the first source of tourists, with more than 18 million entries in 2019, to which the restrictions are now lifted to come if they are vaccinated (about 35 million of citizens).

Recovery in June, before the delta variant hatches

Spain received more than 2.3 million passengers from international airports last June, 75.8% less than in the same month of 2019, although it represents the best figure since the start of the pandemic, according to data from Turespaña .

The early launch of the European Union Digital Covid Certificate from the beginning of June in Spain and the authorization of non-essential trips from the United Kingdom have had a positive impact on international passenger arrivals and have allowed the summer season to start “earlier and in better conditions than in 2020 ”, has valued the Secretary of State for Tourism, Fernando Valdés.

The measures to open up tourism led to a rebound in reservations in June for arrivals from the United Kingdom, a main market for Spain that, since its effective departure from the EU in early 2021, was practically inactive, according to Turespaña. However, last June, 156,341 passengers from British airports traveled to Spain, 232% more than in May.

By place of origin, Germany was the main issuer of passengers in June, with 579,059 travelers, 24.8% of the total, who went mainly to the Balearic Islands. It is followed by France, with 247,752 people (10.6% of the total) whose main destinations were Catalonia and the Community of Madrid.

9% of the passengers arrived from Italy (209,177) who went mainly to the Balearic Islands and Madrid, while the Netherlands issued 7.6% of the total number of travelers (176,737) and whose main destinations were the Balearic Islands, the Valencian Community and Andalusia .