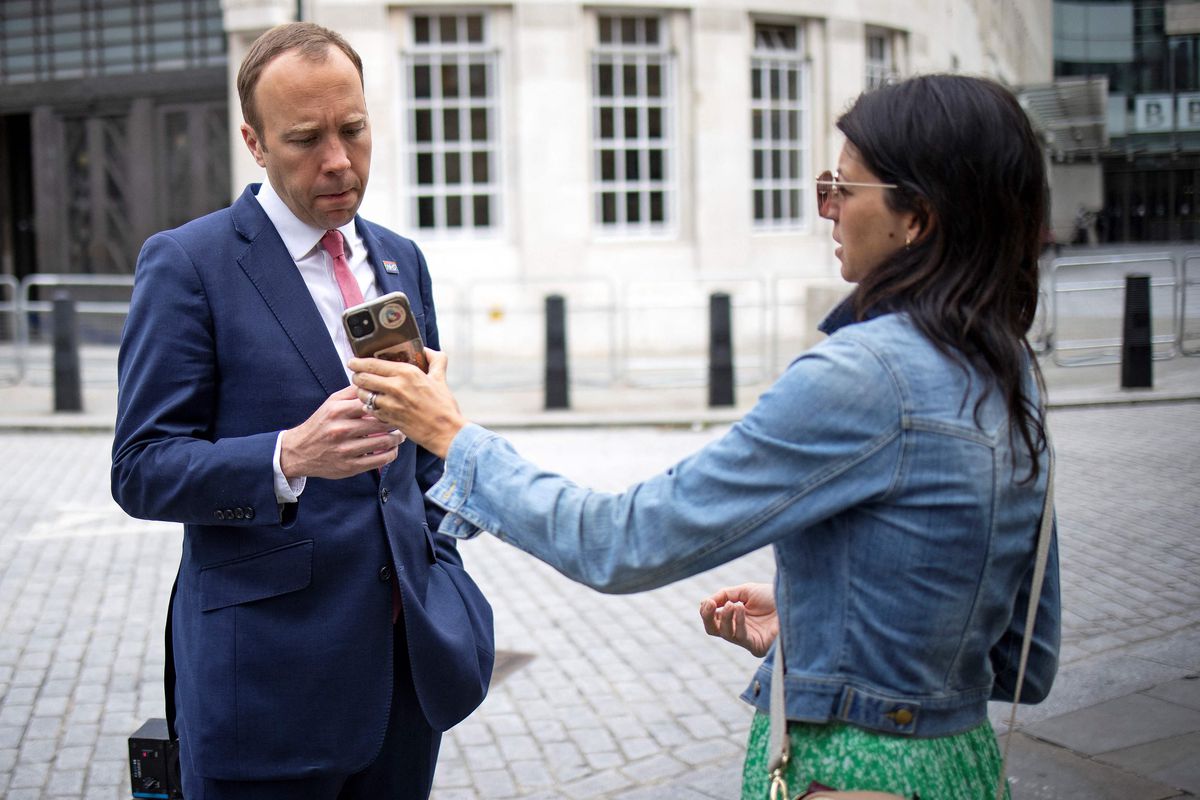 Matt Hancock (Chester, United Kingdom, 42 years old) uses bombastic and sentimental language during his appearances to explain the fight against the pandemic. The Minister of Health lets himself be recorded when he goes for a run every morning from his home, he has never concealed his political ambition and those who know him highlight his ability to pull the strings of power and his inexhaustible energy. Hancock would like to reach the top, but the pandemic has made him the Mr bean of a government that sooner or later is going to need a scapegoat. The tabloid The Sun has published an exclusive image, captured by the security cameras of the Ministry of Health, in which the politician is seen passionately kissing his adviser, Gina Coladangelo, of the same age, while holding her buttocks with his right hand.

While the British tabloid press gets to the point, and has already explained in detail that the minister and Coladangelo have been friends since the days of Oxford University, how many children each have, who are their partners and what face did he have this Friday for the Tomorrow when Hancock’s wife leaves home, the rest of the media clings to the more formal aspects to also tell the soap opera. The kiss and hug occurred on May 6, when social distancing regulations still prohibited indoor gatherings of people from two different addresses. And the minister hired and allowed a friend to have public money. “I admit to breaking the recommendations for social distancing in those circumstances. I have disappointed people and I apologize, ”Hancock said in a public statement. “I remain focused on ridding the country of this pandemic, and I would appreciate if my family’s privacy would be respected in this sensitive matter.”

Boris Johnson, as explained by a Downing Street spokesman, has accepted the apology, considers the incident over and supports his minister to continue to lead the Health Department. The Labor Party, however, has lashed out at what it currently considers to be the weakest flank of the government. A little over a week ago, the whole country learned of the opinion that Hancock’s prime minister had: “A total fucking worthless”, totally fucking hopeless. This is how he described it in a WhatsApp exchange now revealed by former star adviser and Brexit ideologue Dominic Cummings, embarking on his own personal vendetta against Johnson and much of his team, after leaving Downing Street through the back door.

“If Hancock has had a secret relationship with a consultant, who he personally placed in a publicly funded position, it is a blatant abuse of power and a clear conflict of interest,” said Anneliese Dodds, the president of the main opposition party. “On the list of accusations against him is wasting taxpayer money, leaving nursing homes exposed to the pandemic, and now breaking his own rules of social distancing. His position is untenable and Johnson should remove him from the government. “

He will hardly expel one of his collaborators for something like that a prime minister whose history of extramarital affairs has given for a couple of books and thousands of articles in the UK tabloids, and whose last undisputed affair was with an American vertical pole dancer. which he also appointed as advisor during his time as mayor of London. Hancock is the last bullet in the chamber for the promised public official inquiry into the UK’s handling of the pandemic, and the bag that receives the most criticism of a response that has been erratic. The success of the vaccination campaign belongs exclusively to Johnson. The thousands of deaths, the disaster caused by the initial location and tracking system or the tragedy of the residences are the property of its Minister of Health.

Social networks have already been filled with memes of Hancock, with a sculptural body and participating in Love island (The Island of Temptations), or scenes from their morning runs with the addition: “Hancock, after his wife saw the security camera footage.” Martha Hancock, 44, has been seen at the exit of the family home “still with the wedding ring on her finger, looking as if she had a broken heart and with dark sunglasses that cover her eyes,” according to the string of topics used by the Daily Mail to describe the scene. Coladangelo, with her own consulting and public relations firm, Luther Pendragon, is married to businessman Oliver Tress, owner of the Oliver Bonas chain of fashion, accessories and decoration stores. Hancock hired her old friend from Oxford, with whom she shared hours on university radio, as an external adviser to the ministry in March 2020. The expected income from these services was over € 20,000.