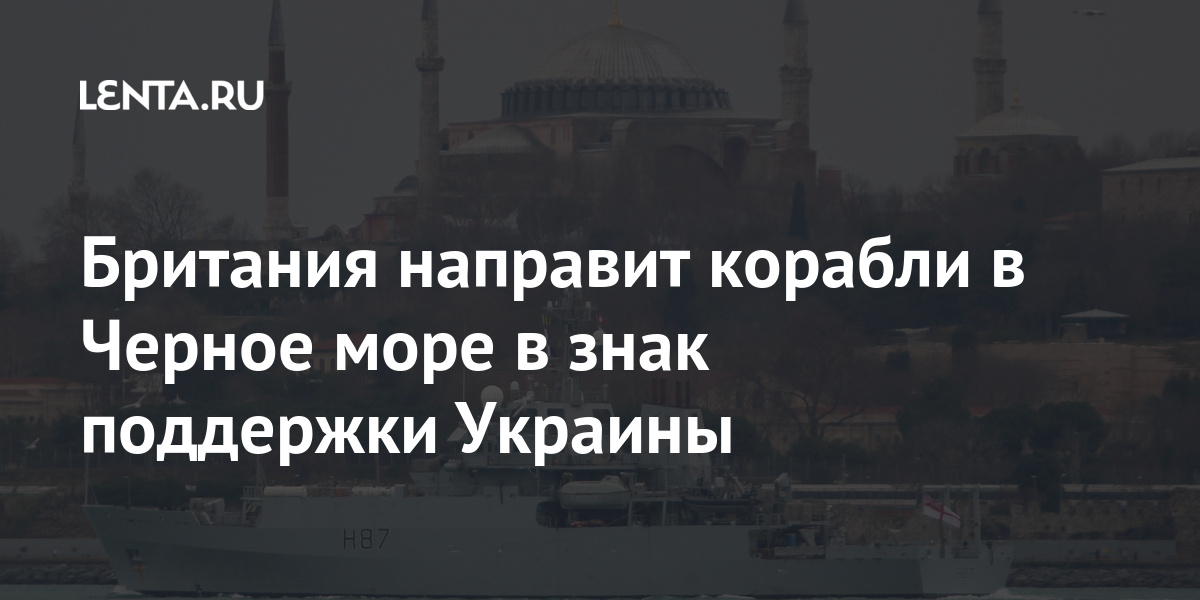 Great Britain will send ships of the British fleet to the Black Sea as a sign of support for Ukraine in connection with the situation on the Russian-Ukrainian border. This is reported by The Times, citing sources in the Navy.

According to the publication, the destroyer and anti-submarine frigate will separate from the Royal Navy’s aircraft carrier group in the Mediterranean and go through the Bosphorus to the Black Sea. It is noted that the purpose of their deployment off the coast of Ukraine is to demonstrate London’s solidarity with Kiev and NATO allies in the region.

Earlier it was reported that the US destroyers, which were also heading to the Black Sea, changed course after a conversation between Russian President Vladimir Putin and American leader Joe Biden: they entered Crete and spent the whole day at the US Navy logistics center.

The US plans to send warships to the borders of Russia became known on April 8. According to CNN, the White House wanted to support Ukraine in this way. The Pentagon did not confirm this information, but the Turkish authorities announced that they had received a notification about the passage of two warships into the Black Sea.

Tensions in relations between Russia and Ukraine, as well as Western countries, have increased due to the escalation of the conflict in Donbass at the end of March. Kiev, the self-proclaimed Donetsk and Lugansk People’s Republics, announced an increase in shelling, reconnaissance activities and the movement of military equipment in the area of ​​the contact line.

Later, Ukraine accused Russia of building up its military presence in the region. The Ukrainian Ministry of Defense believes that Moscow has concentrated regular army units on the border and stepped up militia training. In response, the Kremlin said that the Russian army was moving through its territory “in the directions in which it considers it necessary,” and also called on Kiev to “move away from the militant theme” and stop provocations.

Olympics The cost of interest threatens Olympic training camps: “It would be no joy for our residents”

HS interview The world-shaking energy renovation is only ten years away, Fortum’s CEO predicts: “The energy sector has entered a relaxed atmosphere”