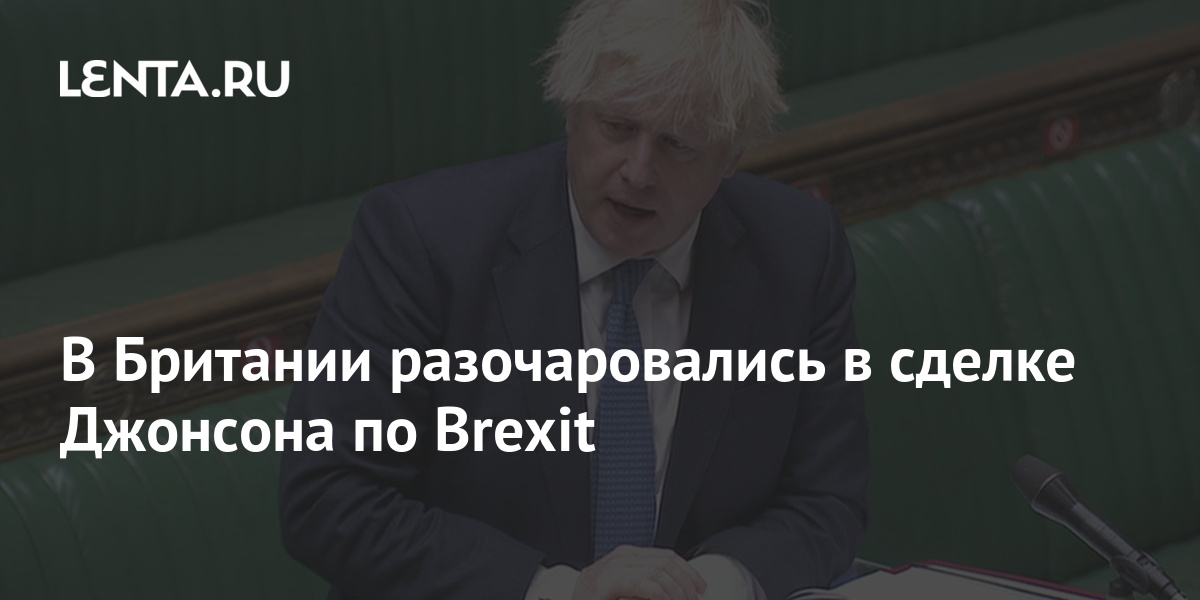 Business representatives in the UK found it problematic to fully implement Boris Johnson’s Brexit deal. It is reported by Independent… Sources in government and business circles told the publication about their disappointment.

In case of entry into force of all the adopted agreements, Northern Ireland expects a sharp rise in prices for various goods, warn in Marks & Spencer. This is primarily due to the protocol according to which the specified territory remained part of the customs zone of the European Union, which forces businesses from other parts of the kingdom to go through control procedures in the ports of Ireland when transporting certain types of cargo.

According to the British government, the only way to make the protocol work is to “significantly reduce or remove the barriers” that effectively created the border along the Irish Sea.

The European Union will shrink, and it will become more difficult for Russia: what events will shake the world in 2020?

Earlier, a senior EU official said he intends to warn Brussels about Britain’s readiness to take unilateral measures. “This will be a call for new talks with the EU, coupled with threats. But we will not agree to a reconsideration of the Irish protocol, ”he stressed.

The conflict over the supply of products has been going on for several months. In June, the EU and Britain already exchanged threats related to the import of food into Northern Ireland. Initially, the protocol was required in order to avoid the emergence of a border with the Republic of Ireland, an independent state that remains part of the European Union. The lack of a border is a sensitive political issue as it stems from the 1998 agreements that ended a long-term armed conflict involving Irish nationalists.