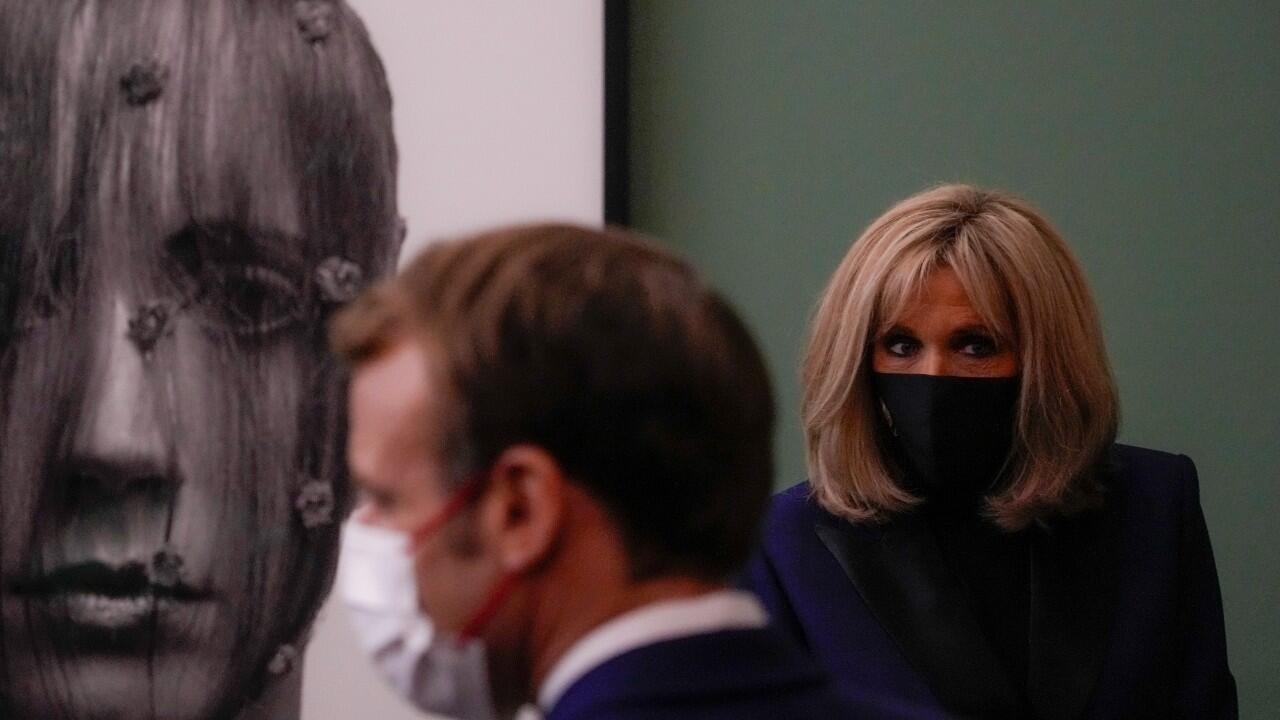 The French first lady, Brigitte Macron, turned to justice in the face of a wave of disinformation against her and that occurs in the context of the electoral campaign where her husband is expected to present his candidacy for the presidency again.

The virtual crime of lying. The wife of the French president, Emmanuel Macron, Brigitte, initiated a judicial process for the dissemination of false information against her by far-right groups that affirm on social networks that she is a transgender woman.

Several conspirators, including the anti-vaccine and French far-right, have been mocking the French first lady in malicious posts for weeks.

Rumors on social media assume that Brigitte Macron was born a man under the name Jean-Michel Trogneux. Trogneux is her maiden name.

The publication has been a trend in France under the hashtag #JeanMichelTrogneux and widely commented on Twitter and in the context of the electoral campaign, which recalls the polarization in the US presidential elections.

According to Brigitte’s lawyer, Jean Ennochi, several people were prosecuted after false claims gained momentum after a video was posted on social media on December 10.

So far, the source of the misinformation points to Natacha Rey, a blogger linked to the anti-vaccine movements, who presented the story in her Faits et Documents newsletter, which captivates a far-right niche.

Since then, various movements dissatisfied with Macron and his administration have taken up the story on social networks, although it took on greater force when Rey gave an interview that gained greater reach on YouTube, until the platform withdrew it.

The lawyer chose not to name the names of those who made the complaint and the first lady’s office did not want to comment.

The truth is that the dissemination has been wide, according to InVid, a digital verification tool, this hashtag has been retweeted more than 60,000 times and triples the data in likes. The transphobic rumor is regularly spread with attacks or memes towards Macron.

The French president and Brigitte met when she was his teacher. He was 40 years old and Macron was a teenager. His arrival to the presidency of France aroused all kinds of speculation about the president’s sexuality and news about the relationship, although now they seem to rise in tone and warn about a complex electoral campaign.

It is not the first controversy

The aim is to influence public perception of election candidates to reinforce polarized positions, which, in the end, end up benefiting extreme groups and distracting attention from real problems.

In 2019, Brigitte was embroiled in another controversy, when hundreds of Brazilians apologized for a comment by President Jair Bolsonaro. It all started when a Bolsonaro follower posted a photo of her on Facebook to compare the physical appearance of the French first lady in form with the Brazilian first lady, Michelle Bolsonaro.

“Now do you understand why Macron is persecuting Bolsonaro?” He wrote next to a photo of Brigitte, to which the Brazilian president replied: “Don’t humiliate the guy, ha ha.”

Macron called the comment “extraordinarily rude.” It is sad, but it is sad above all for him and for the Brazilians. I think Brazilians will probably be ashamed to read that from their president, “Macron added at the time.

Many Brazilians took to social media to apologize for the president’s behavior and under the hashtag #DesculpaBrigitte they were embarrassed and shared praise for the French first lady.

The French president has yet to confirm whether he will run for a second term, although several analysts are betting he will. In that case, he would compete against Valérie Pécresse, from the Republican party and Eric Zemmour, who represents the extreme right.

Quirinale, Calderoli: "The Berlusconi coup can come out in the fourth vote"

Legal proceedings Mauri Peltokangas, Member of Parliament for Basic Finns, was charged with incitement against a group of people

European Championship in our own country should give Dutch indoor football an impulse: ‘Proud of what it says, a kind of NBA setting’