Brembo: in Styria the MotoGP bikes slow down 17 seconds more than F1 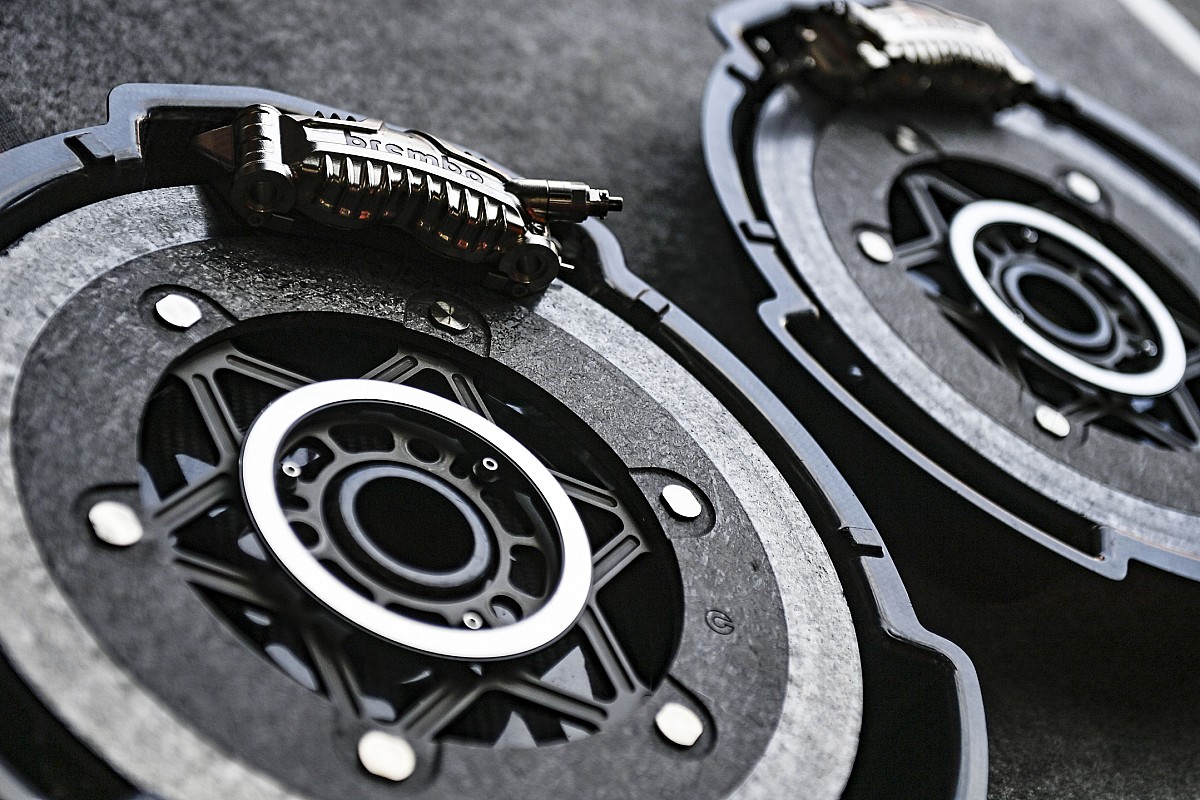 After the long summer break, the World Championship is back on track with the first of two consecutive appointments at the Red Bull Ring. According to the Brembo technicians who work closely with all the riders of the MotoGP World Championship, the Austrian track falls into the category of highly demanding circuits for the brakes. On a scale of 1 to 5 it deserved a difficulty index of 5.

Only at the Sachsenring does the drivers take less time to complete a lap but the German track is over half a km shorter and requires a much lower use of braking power. In fact, at Spielberg very high speeds are reached thanks to the long straights that most of the time precede dry corners.

Used exclusively in MotoGP, the Brembo GP4 monobloc radial caliper with 4 pistons is made from a single block of aluminum-lithium machined from solid. Compared to casting, machining from solid allows the use of materials with better mechanical characteristics and greater resistance to high temperatures.

In addition to being characterized by the presence of fins on the external body, it presents the anti-drag system which, thanks to a spring device, strongly reduces the residual torque phenomenon. Furthermore, this caliper amplifies the braking torque because during the braking action it generates a force that is added to that created by the hydraulic pressure of the brake fluid on the pistons.

Since its debut in world racing in the 1970s, Brembo has been using races to develop new technical solutions which, once they have proved successful and reliable, are transferred to series production. And it is precisely from the experience on the track that the Brembo High Performance brake calipers descend, unrivaled in braking performance and stability.

The Brembo GP4-RS caliper inspired by the monobloc used in MotoGP respects this philosophy. Designed for track enthusiasts and those who want the best, it stands out from competitors’ products for lightness, stiffness, cooling, design and performance.

As with Formula 1, MotoGP bikes also use brakes in 7 of the 10 corners. Naturally the values ​​are very different: in 4 braking distances the braking distances of the bikes exceed 200 meters with peaks of 250 meters while for the single-seaters they never reach 150 meters. The difference in turn 9 is impressive because for F1 the deceleration is 68 km / h, for MotoGP more than double.

On each lap, the MotoGP riders use the brakes for 27 seconds, equivalent to 32 percent of the duration of the race. This is mainly due to the first four corners which alone require a total of 15 seconds of braking. For F1, however, the sum of these braking does not reach 7 seconds and for a full lap it barely touches 10 seconds.

Values ​​skyrocketing at the first corner

Of the 7 braking sections of the Red Bull Ring, 4 are classified as demanding on the brakes and the other 3 are of medium difficulty. For Formula 1, on the other hand, 4 are rated as not very demanding.

The hardest braking for MotoGP is at the initial corner, due to the effort required by the rider and the system: to go down from 303 km / h to 100 km / h in 4.2 seconds, you need 6 kg of load on the brake lever while Brembo brake fluid reaches a pressure of 12.8 bar. Meanwhile the bikes travel 221 meters during which the riders are subjected to 1.5 g of deceleration.