Brembilla, Bortuzzo and the Last Race at the Bardolino Film Festival 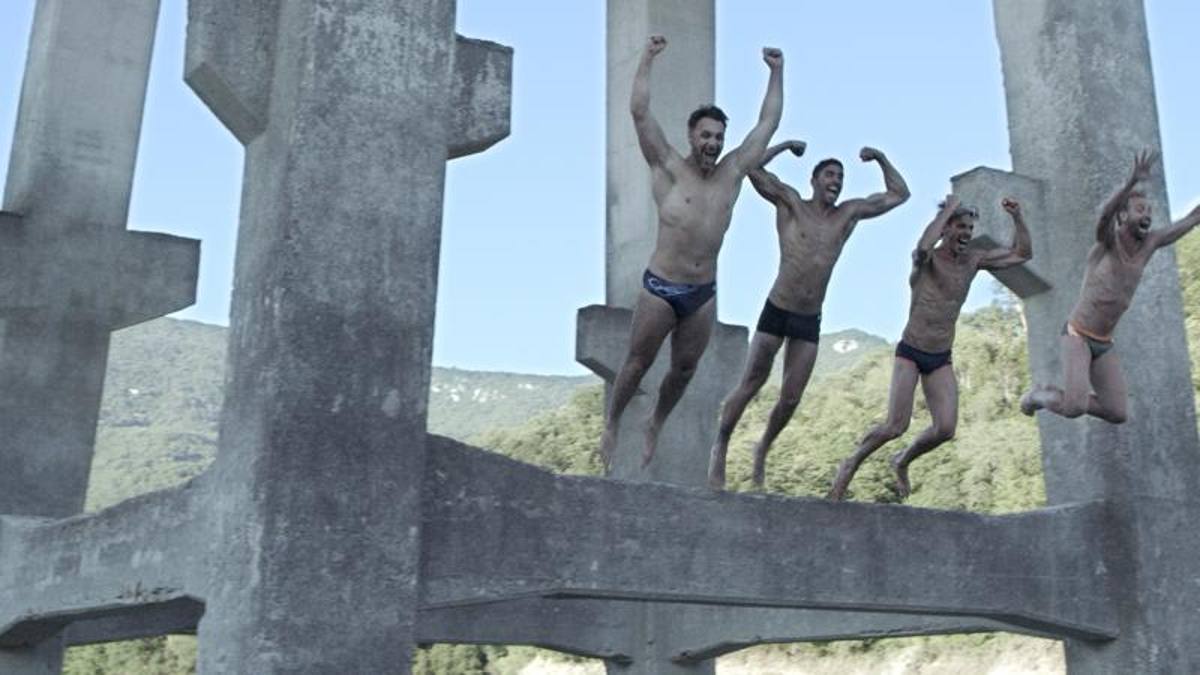 Two of the five interpreters of the work commissioned by Bova speak and tell each other between water and friendship. And Emiliano spurs Pellegrini: “Don’t withdraw”

“I won’t believe it until I see it with my own eyes, but when Faith says something, then he does it.” Emiliano Brembilla still cannot imagine the moment in which Federica Pellegrini will leave swimming, after the announcement of her retirement after the International Swimming League in Naples that will follow the Tokyo Olympics: “With the European Championship in Rome next year, I hope he will think about it again, also because the day of his retirement will be a very sad day for the whole world of swimming ”. On the shores of Lake Garda, at the Bardolino Film Festival, Brembilla participated with Raoul Bova and Manuel Bortuzzo in the first on the big screen (after the passage of June 3 on Canale 5) of Ultima Gara, Bova’s debut film in which Massimiliano Rosolino and Filippo Magnini are also protagonists.

“Before really knowing them – says Bortuzzo – they were three sacred monsters of swimming. After this film we became great friends, also because this experience played an important role in my path of awareness ”. A friendship born a couple of months and a half after the night between 2 and 3 February 2019, when a gunshot changed his life. “I was in rehabilitation when one day my father told me that Raoul Bova wanted to talk to me. I would never have thought that Bova could have asked me to participate in one of his films. I met him immediately and he told me about the project. He asked me to think about it, but inside of me I had already decided yes ”. Filming began a little later, after a preliminary meeting with a psychologist who investigated the protagonists’ minds. “Seeing Filo, Brembo and Max undress and talk about themselves without filters in front of the cameras and bring out their weaknesses was therapeutic and helped me to understand that in life you can fall, but you have to get up again”. Now Manuel is a more mature boy: “Looking at those images two years later, I see the suffering of a boy who was trying to work out a completely new situation. I was in trouble, but now I am much more aware and I am no longer afraid of anything. Life must be lived to the full. I am a lucky guy because I can be here to tell what happened ”.

And if the shooting of the film was therapeutic for Bortuzzo, it had a great beneficial effect for Brembilla as well. “The meeting with the psychologist who understood that there was something still unexpressed in the relationship with my first coach was crucial”. Then the ball passed to Bova who, between a chat and the other in front of the cameras, managed to dig into the soul of Brembo. “Each of us has some point of himself that he is afraid to show, some experience that, in one way or another, has conditioned his next life. Getting it out was like taking a step forward. And for this I now feel like a better man ”. All this after weeks of chatting at Bova’s house: “He was good at putting us at ease right away in front of the cameras. We talked a lot, even showing our weaknesses. Water, our element, then did the rest. Being together was a bit like reliving the national team, when we met for a common goal “.

“Manuel, Emiliano, Filippo and Massimiliano have become my brothers and Franco (Bortuzzo’s father, ed) a step-father” concluded a moved Bova after the screening of the film, surrounded by Bardolino’s affection. “I’m sure my father, from up there, looked at this work that I dedicate to him. Fathers are a fundamental figure in the growth of each of us: in Franco I reviewed mine and I understood what lies behind an extraordinary boy like Manuel. These are parents who teach us how to become better fathers and make future fathers of our children ”.