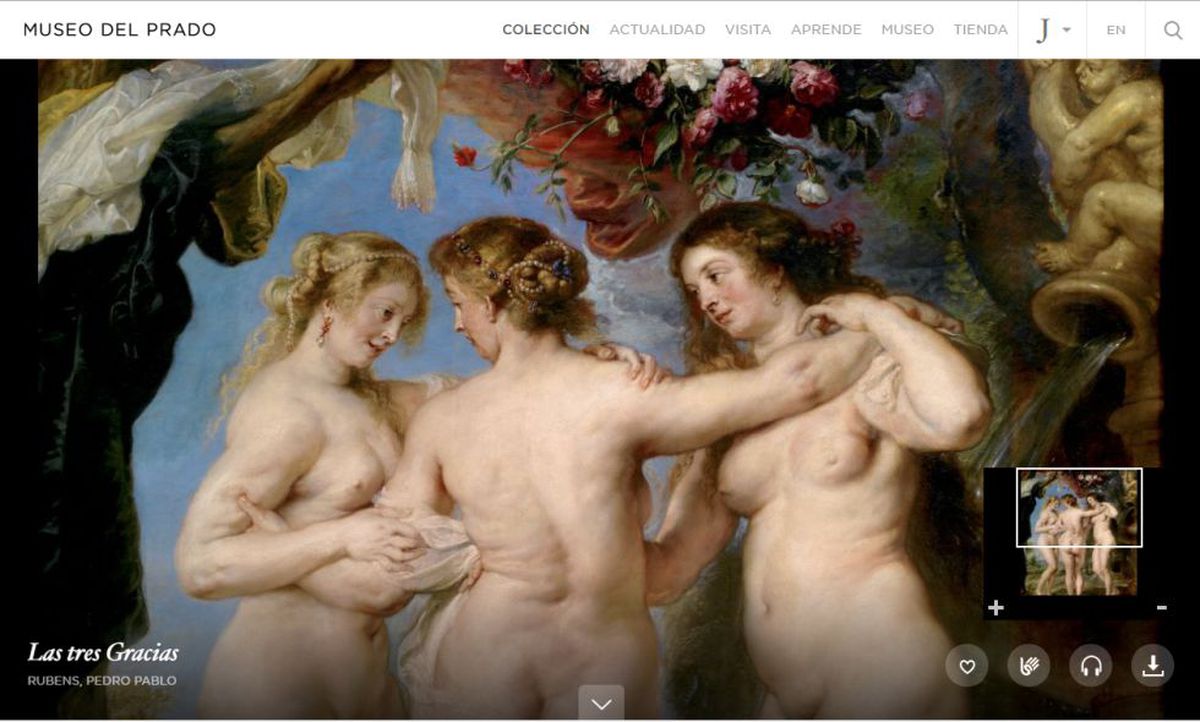 According to Galen of Pergamum, cancerous tumors were the effect of black bile when it was trapped in the body. To end this alteration, he proposed surgery. With regard to breast cancer, Galen argued that the way to stop it was cauterization, unlike Hippocrates, who advised not to touch the tumor because, if touched, it would spread.

In an article from some time ago, collected in the prestigious Clinical Journal it is explained to us, in detail, how in the well-known painting by Rubens entitled The three graces, one of the female figures shows one of the breasts with alterations related to a possible breast cancer. In another painting, dated a few years later, the also baroque painter Rembrandt Harmenszoon van Rijn, better known as simply Rembrandt, paints the wife of one of the soldiers of David, King of the Jews. The woman is naked and the painting is titled Bathsheba with David’s letter. In it you can see how in one of the breasts of the aforementioned there appears a tumor that extends to the armpit and that may well be associated with breast cancer. It is known that the model that Rembrandt used for the painting was Hendrickje Stoffels, his second wife, who died years later. We assume that his death was due to the advancement of the tumor.

However, neither of these two paintings would be the first artistic expressions where the disease appears. To get to the first artistic representations where breast cancer appears, we must go back to the Renaissance, to the times when Barthélémy Cabrol (1529-1603), surgeon to King Henry IV of France, began to perform mastectomies to treat tumors. It is known that at the end of the 16th century, Barthélémy Cabrol performed a radical mastectomy on a 35-year-old girl with removal of the pectoral muscle.

In the tomb of Giuliano de Medici, in Florence, we can see that one of the sculptures, the one representing at night, shows one of the breasts with the retracted nipple, characteristic of breast cancer. The work is by Michelangelo. But if we want to get closer to the tumor in this work, it is more evident when we face the painted version made by Michele Ridolfo del Ghirlandaio and where we appreciate the retraction of the nipple in a more visible way than in the relief of the sculpture by Michelangelo .

In the sixteenth century, in the midst of the Renaissance, it is when the disease began to show in the nudes. Without going any further, in The Allegory of Strength, the painter Tommaso d’Antonio Manzuoli, better known as Maso de San Friano, he paints a woman sitting on a lion. In one of her breasts you can also see the effect of breast cancer. However, the first artistic expression where the disease is shown to us, we owe it to Rafael Sanzio and his painting entitled La Fornarina, a half-naked in which the young woman directs her hand to the diseased breast. The work was created between 1518 and 1520.

Until medical science was adding years, the current theory about the cause of cancer was that of the alteration of the humors of Galen, the Greek doctor who practiced in Ancient Rome. But in the 17th century, the French surgeon Jean Louis Petit (1674 – 1750) known for inventing the tourniquet, linked breast cancer and axillary lymph nodes. It can be said that he was the first surgeon who approached in his writings what we now consider a radical mastectomy. This led the surgeon Alfred Velpeau (1795-1867) to compose his work Treatise on Diseases of the Breast and the Mammary Region, a meticulous study where he reaches the lymphatic cause, and which the American surgeon William Stewart Halsted (1852-1922) will use to implement the radical mastectomy that bears his name, and from which current mastectomies derive.

Although breast cancer has existed since ancient times, it was not until the Renaissance that it became publicly evident in painting and sculpture. By then it was a local disease; today we know that it is a systemic disease. In the times of Raphael and Michelangelo, when humanism began to determine a new conception of the world, breast cancer would begin to show itself in the fine arts, as if the artists wanted with it to nurture the scientific future by showing examples of the disease. So that no one would come out saying that, in the past, cancer did not exist.