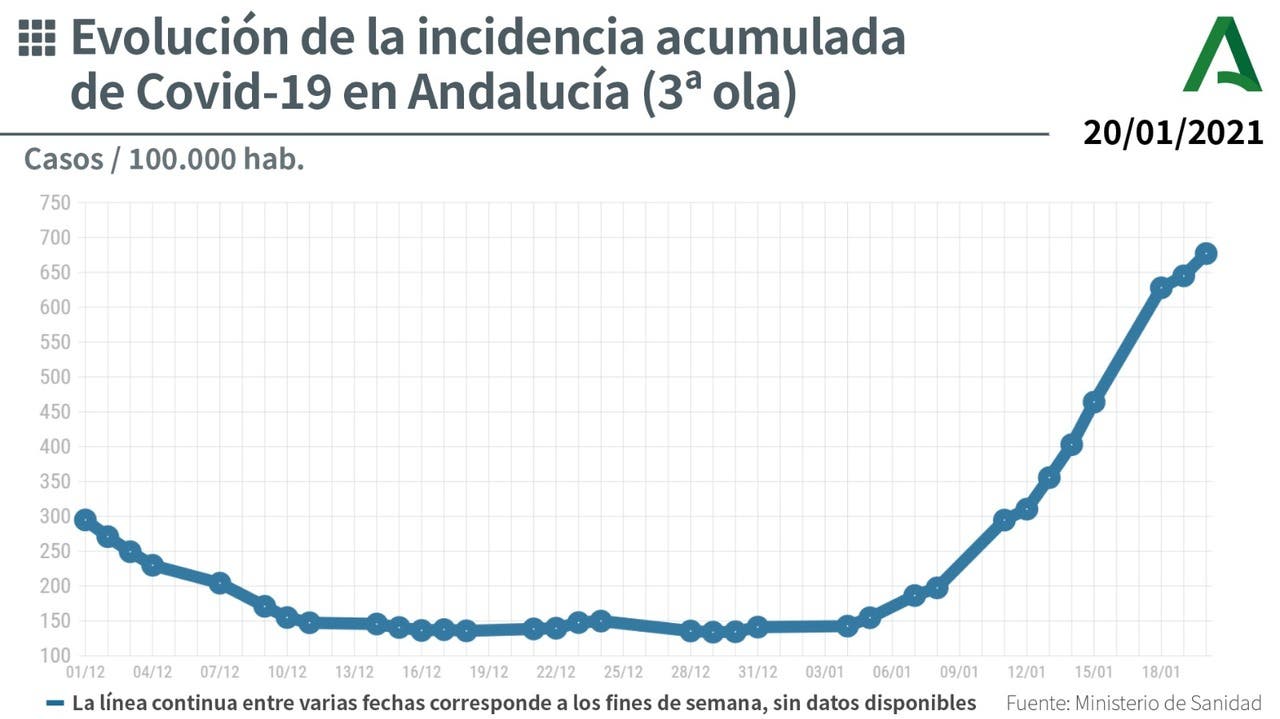 ANDALUCIA has set another coronavirus record after registering 7,409 new cases on Thursday.

It is the highest daily increase since the pandemic began and comes with the news of 54 more deaths from the disease in the past 24 hours.

The daily death toll is six less than yesterday but 25 more than the same day last week.

Meanwhile, the 14-day cumulative incidence rate for the region has increased by 66.2 points since yesterday, now reaching 740.5 cases per 100,000 people.

The ever-important figure has risen by 335.4 points over the past seven days.

Malaga added the most cases today and beat all of its previous records after registering 1,652.

Malaga is also the province that registered the most deaths Thursday, with 15, followed by Cadiz with 13, Sevilla with seven, Granada with six, Jaen with five, Cordoba with four and Almeria and Huelva with two each.

It comes as several more municipalities are set to close their borders or be forced to close all non-essential businesses.

The Board will announce today which areas have surpassed the 500 or 1,000 cases per 100,000 people thresholds.

They will then have to implement the tougher measures from Saturday.

Yakuza 3 Remastered Review – Xbox One | We are xbox

From day one, Joe Biden sets the pace