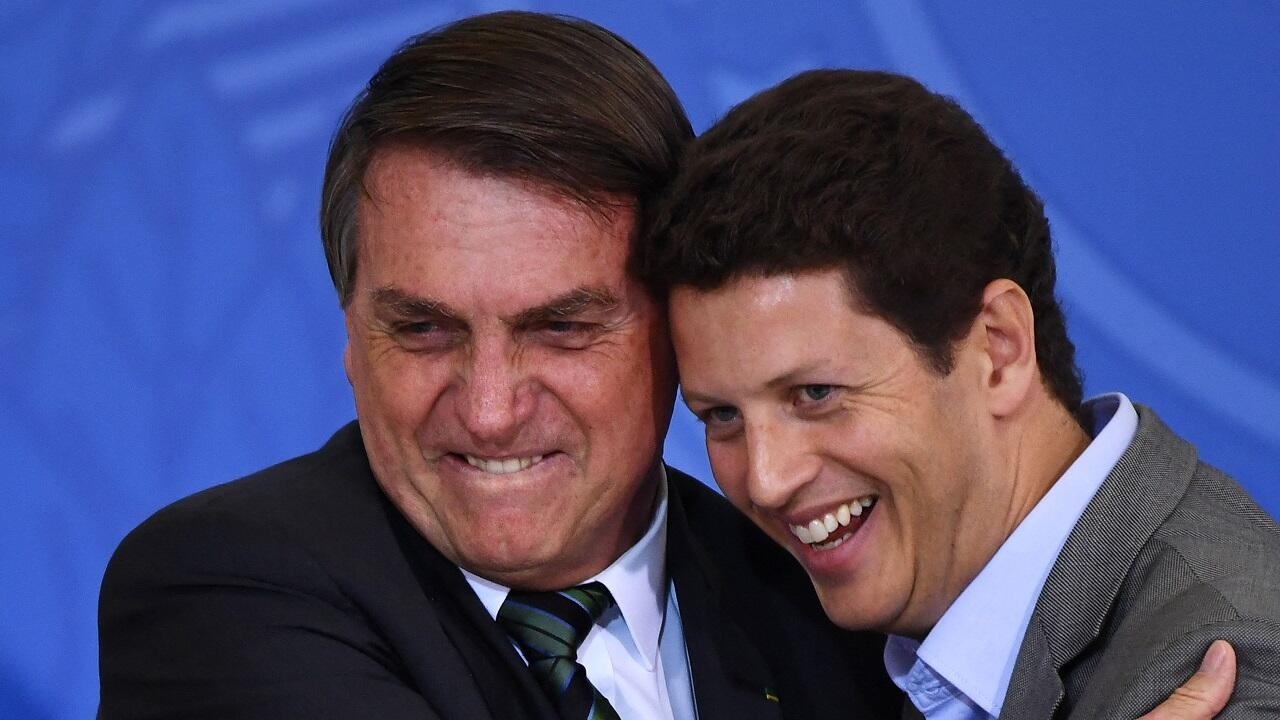 The head of the environmental portfolio, Ricardo Salles, requested the resignation of the Government of Jair Bolsonaro after strong criticism of his mandate in the portfolio and while he is the subject of two investigations for his allegedly facilitating efforts in the export of illegally extracted wood.

The Environment portfolio could be considered one of the most controversial portfolios of the Brazilian government of Jair Bolsonaro for several reasons that have to do, above all, with the Amazon: the unstoppable deforestation, the increase in illegal mining, smuggled wood exports and a much criticized environmental deregulation.

Equally controversial is the now former head of the portfolio, Ricardo Salles, who arrived from Bolsonaro’s hand on January 1, 2019. The official announced his resignation this Wednesday, June 23 in a brief statement to journalists after which he did not accept questions. “I presented my request to resign to the president, which was accepted.”

Ricardo Salles did not go unnoticed as head of the Ministry of the Environment. Supported by the president, he has always been an open defender of the economic development of the Amazon, which, according to his critics, has driven land grabbing, deforestation and mining in protected areas.

In an apparent allusion to the criticism against him, Salles said Wednesday that “it is not possible for different opinions to be criminalized” and that “many of the measures that were adopted are necessary” and respond to the “change requested by society.” .

In April of last year, Salles had one of his most controversial chapters, when he was filmed saying at a cabinet meeting that the government should take advantage of the global attention focused on the pandemic to legalize agricultural and extractive activities in protected areas.

But his real turning point was a criminal investigation against him for having, supposedly, facilitated the export to the United States and Europe of illegally felled timber. In a separate investigation, Salles is found to have obstructed the largest police operation to seize illegal timber. In both cases, he denies any wrongdoing.

Although Salles never managed to win over environmental defenders, he always had the public support of Bolsonaro. When the investigation against him began, the head of state replied that he was an “exceptional minister”, but that he had obstacles to carry out his work because of some “interested” sectors of the Prosecutor’s Office and the “environmental Shiites”, such as it usually defines state environmental control agencies.

During an event on Tuesday, Bolsonaro also congratulated Salles, saying that his work was not an “easy task.”

On the other hand, the controversial environmental policies of the Bolsonaro Administration received no reprimand from former President Donald Trump, but from the current US president, Joe Biden.

During his presidential campaign, Biden asked his counterpart to stop deforestation in the Amazon and this year began talks to define possible financing for the preservation program, in which Salles was the main Brazilian negotiator. However, so far there have been no major breakthroughs to show.

Salles insisted on the need for external financing to curb deforestation, but his detractors pressured Washington to wait for concrete results before helping a government they accuse of obstructing environmental laws.

Preliminary data, based on satellite imagery, has shown year-on-year increases in deforestation in the Amazon for three consecutive months. Only in May it increased by 41% compared to the same month last year.

Change of minister in Brazil, but not of environmental policy

To replace one of his closest ministers, the far-right president nominated Joaquim Alvaro Pereira Leite, a former member of the Board of the Brazilian Rural Society, a group that defends agricultural interests.

Currently, he is an employee of the Secretariat of the Amazon and Environmental Services of the Ministry of the Environment, so environmentalists do not believe that his departure will generate a real change in Bolsonaro’s questioned environmental policy.

Ricardo Salles was just an operator who met a lot of beautiful plans for the chef. An anti-environmental policy followed full steam. https://t.co/ROyt7XlBvM


The Climate Observatory, a group that brings together fifty environmental organizations, including the international WWF and Greenpeace, added that Brazil “will continue to be an international pariah and a global climate risk.”

After two years of dismantling the environmental government in Brazil, Ricardo de Aquino Salles finally asked for the dismissal of the position of Minister of the Environment, which he would never have been filled.#ForaSalles https://t.co/phIC673V7K


The resignation of the minister was announced on the same day that accusations of alleged “irregularities” by the Government in the purchase of vaccines against the coronavirus came to light, so his departure was considered by some sectors as a “curtain of smoke “to divert public attention.