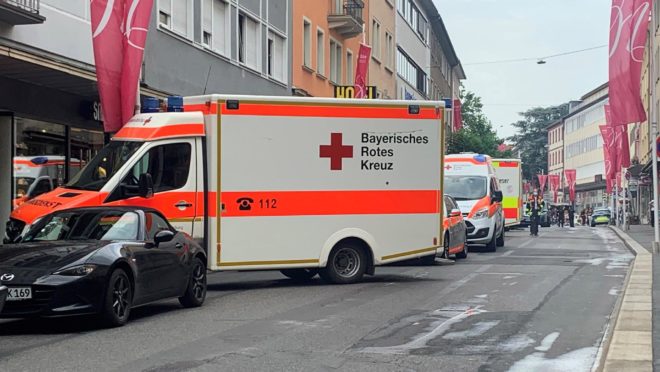 0
SHARES
4
VIEWS
Share on FacebookShare on Twitter
Emergency services at the site of a stab attack in Würzburg, Germany, 25 June| Photo: EFE/EPA/NEWS5/BAUERNFEIND

A 49-year-old Brazilian teacher was one of the victims of a knife attack that left three dead and seven injured in a department store in Würzburg, southern Germany, last Friday (25).

The assassin is a 24-year-old Somali who has been living in Germany since 2015. Several people passing by stopped the man from attacking more people. Police later arrived at the scene and arrested him. The motive of the crime is still being investigated: “It is not possible to answer at this moment if the suspect suffers from a mental illness, or if he can also be classified as a terrorist”, said on Monday (28) the secretary of the Interior of Bavaria, Joachim Herrmann.