Brazil, without mercy against Venezuela 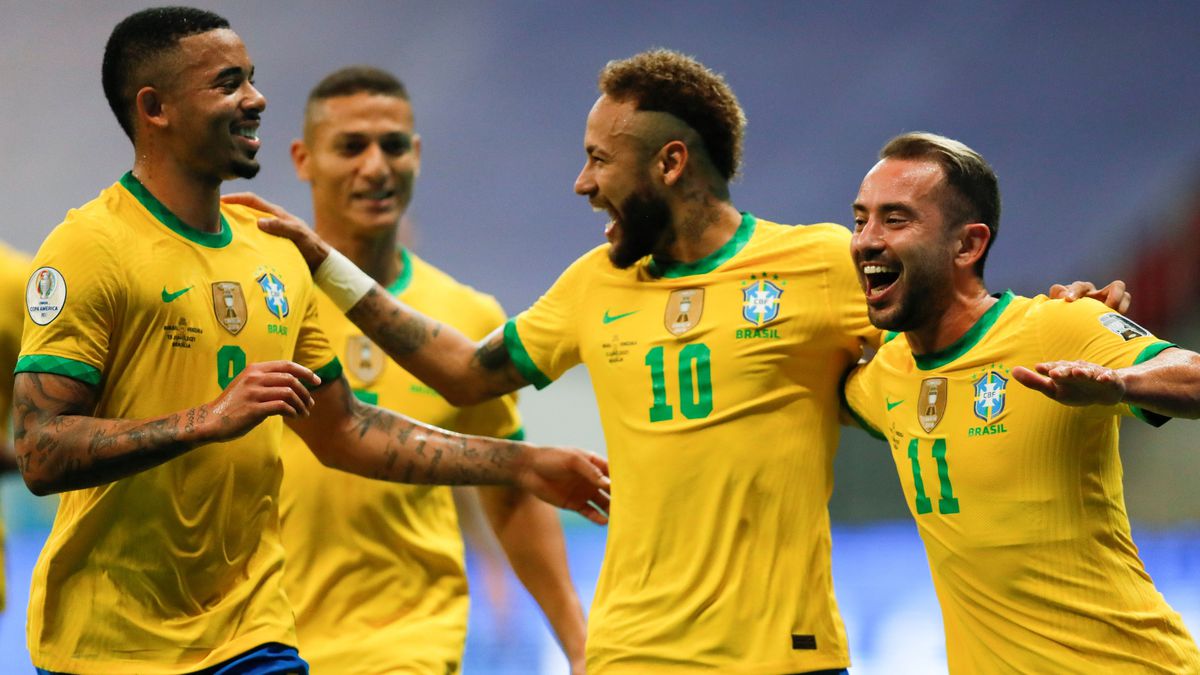 Brazil had no mercy on Venezuela. At the premiere of the Copa América, the host who did not want to host, surpassed with authority the fragile Vinotinto (last next to Peru in the classification of the South American qualifiers), even more weakened after the coronavirus outbreak left by her coach, José Peseiro without eight players. So, at the Mané Garrincha Stadium in Brasilia, with no more effort than entrusting himself to Neymar’s talent, the Canarinha they thrashed Venezuela 3-0 and began the road to their tenth Copa América.

There was no opening ceremony in Brasilia, nor did President Jair Bolsonaro appear (he had announced that he would be there), nor did the highest authority of the Brazilian Football Confederation (CBF), Rogerio Caboclo, temporarily separated from office due to a complaint of sexual harassment by one of his secretaries. The Copa América returned Brazil in the hands of four health workers. Tribute that the organization began and that the footballers continued. Minute of silence for the boys from Tite and Peseiro in memory of the nearly 490,000 deaths from coronavirus in Brazil. There was no more to say. Tite had spoken in the preview of the Cup. “We did not want to play it out of respect for everything that the country lives. It is a championship done in a disastrous and fast way ”, complained the Canarinha coach. So had their players, led by the captain, Casemiro. “Such a beautiful, centenary cup cannot be organized in ten days. But we respect him and now that we are here we want to win ”, added the Real Madrid footballer. Solution? None, to play.

Conmebol assured (replied) that “it is fully aware of the situation the continent is going through in the context of the pandemic.” And he clarified that he has a “group of experts” that works in coordination with the health authorities of the 10 countries, who designed and applied “with success rigorous actions and health measures in all their tournaments.” It happened, however, that Venezuela arrived in Brazil with 13 staff members with coronavirus. And although he was allowed to add 15 new players to his squad, Peseiro could not count on any for the duel against Brazil. In fact, he was only accompanied on the bench by seven players, including two goalkeepers.

The last straw for Vinotinto, which, in the Copa América preview, had already run out of its maximum reference, striker Salomón Rondón, injured. Brazil did not need to be Brazil to cow Venezuela. La Vinotinto was already scared. He cornered near his goal and endured. Actually, it only stretched the inevitable. Despite the fact that Brazil is more aware of Brasileirão (this Sunday, while the Copa América was kicking off, Flamengo and América were playing at Maracana), Tite did not save anything. Last champion of America, solo leader of the South American qualifiers (he has won the six matches he has played), Brazil does not forget his history and Neymar wants, at once, to lift an important title with the senior team (he won the Copa de las Confederations in 2013).

The PSG striker took 23 minutes to appear. He threw a precise cross for Marquinhos to send the ball into the net in front of the passive gaze of the entire Venezuelan defense. But Brazil needed one more march. Tite put Everton in place of Lucas Paquetá and Canarinha accelerated. Too much for the Venezuelan defense, symbolized in Cumana, clumsy in front of Danilo in the area. Penalty for Brazil: goal by Neymar. At 29 years old, the São Paulo forward already has 67 goals with the Brazil jersey and is 10 behind the top scorer, a certain Edson Arantes do Nascimento, known as Pelé.

But Neymar wanted more. Also Brazil. The PSG striker added his second assist for Gabriel Jesús to seal the win before closing. Dull, forceful in the face of decimated Venezuela, the Canarinha invoked Neymar. It didn’t take much more.