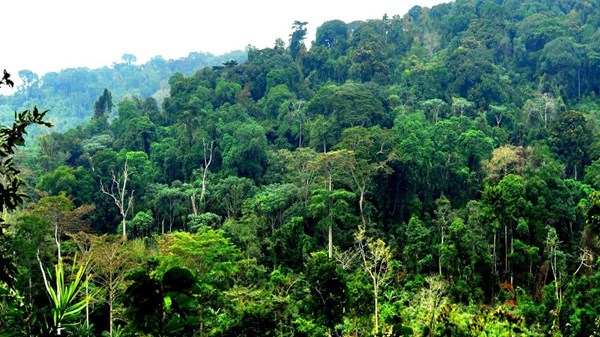 “Brazil will be able to reduce by up to 40 percent of illegal deforestation in the Amazon rainforest if it gets a billion dollars in aid from the international community,” Salles said during an interview in Brasilia, Brazil’s Environment Minister Ricardo Salles told AFP. “If we get one billion dollars (…) as of May and for a period of 12 months, it is possible to commit to a reduction of 30 to 40 percent of deforestation.”
This confirmation comes after the message that Brazilian President Jair Bolsonaro sent Thursday to his US counterpart, Joe Biden, in which he reaffirmed his “commitment to eliminate all illegal operations of deforestation in Brazil by 2030”, a commitment made by his country upon signing the Paris climate agreement in 2015.
The far-right leader made it clear that this goal could only be achieved with “substantial resources” and that he hoped to rely on “all possible support” from the international community, companies and civil society.
The United States, which is organizing a hypothetical climate summit on April 22 and 23, welcomed the participation of leaders of about 40 countries, including Brazil, on Friday for the commitment of the Brazilian president, but called for “immediate measures” to achieve “tangible results.”
In his statement to Agence France-Presse, Sallis said that this potential $ 1 billion aid will be used to strengthen “measures to combat (illegal deforestation) and, at the same time, to find an economic alternative” for the 25 million people living in the northern Amazon region, one of the poorest areas in the country. Brazil despite its enormous natural resources.
Bolsonaro supports the use of nature reserves and indigenous lands. Since he came to power in early 2019, deforestation and fires in the Amazon have reached very alarming levels. Between August 2019 and July 2020, deforestation increased by 9.5 percent compared to the previous 12 months, with deforestation the size of Jamaica.
Ricardo Salles promised that “Brazil will yield results” in its fight against deforestation in the largest tropical forest on the planet.