Brazil will commemorate the bicentennial with the heart of its emperor 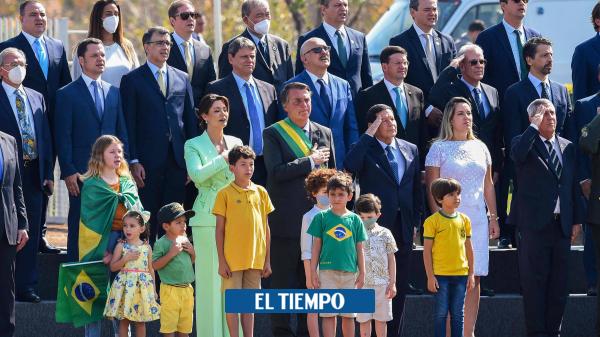 President Jair Bolsonaro made the unusual request and obtained permission from the Portuguese government to temporarily move the organ of the Portuguese monarch who proclaimed Brazil’s independence and became the country’s first emperor and head of state in 1822.

Bolsonaro, according to the Foreign Ministry, made the request considering the importance of the figure of the monarch in the independence of Brazilbut it is popularly believed that it was a kind of political maneuver in the run-up to the presidential and general elections on October 2.

The heart of Don Pedro I, known as the ‘soldier king’ and as a defender of liberalism and a representative constitutional monarchy, is protected under five keys in the Church of the Virgen de la Lapa, in Porto, for 180 years.

The monarch not only had a very close relationship with that city, which was loyal to him and the center of Portuguese progressives in line with liberalism, but also with the church where his heart is, founded by the Brazilian priest Ângelo Sequeira in the 18th century. , also creator of the Venerable Brotherhood of Our Lady of Lapa, which guards it to this day.

One of the five keys that keep Don Pedro’s heart is to remove the metal plate on the door of the monument; another two, to open the protection net behind it; the fourth, for the urn, and the last, for a wooden box in which there is a silver glass, closed with screws, inside which there is a glass container that preserves the organ of the monarch, submerged in a solution of formaldehyde

It may interest you: Wagner Group: when a single letter makes the difference

Its mobilization not only requires the intervention of at least six people, but it is carried out on exceptional occasions to avoid the deterioration of the organ.

Some analysts affirm, however, that Bolsonaro’s request was made to stop possible public demonstrations against his government on bicentennial day, and to improve the vertiginous decline in his public image and boost his candidacy ahead of the October elections. .

According to the latest Datafolha opinion polls, the voting institute founded by the Folha Group in 1983 and who has been acting independently for 30 years, the president would lose the elections with 28 percent, compared to 47 percent for Luiz Inácio Lula da Silva.

The local media have given little or no importance to the participation of Don Pedro I’s heart in the bicentennial, and other analysts, such as Diana Brajterman, told EL TIEMPO that the unusual request could also be an attempt by the Brazilian Foreign Ministry to divert attention from the disinterest of the current government in the celebration of the bicentennial of independence.

Others like Mario Osava affirmed that the transfer to Brazil of the monarch’s heart is “like a joke”.

“I remember that in 1972 (in the celebration of the 150 years of the independence of Brazil) they brought the bones of the emperor. It was a time of dictatorships in Brazil and Portugal, and the population ended up spreading jokes about the so-called ‘huesotour’ (‘ossotur’, in Portuguese) or bone tourism. But this year, as far as I know, Brazil has not organized anything serious to celebrate the bicentennial date,” he said.

“Personally I think that Bolsonaro and his government – he continues – are concerned that the demonstrations against him that took place on September 7 of last year will be repeated.”

mobilization of the heart
in formaldehyde of Dom Pedro I of Brazil from Portugal not only requires the intervention of at least six people, but is also carried out on exceptional occasions

In 2021, Brazil celebrated the 199th anniversary of its independence in a climate marked by social and political tension. Similarly, there were many demonstrations for and against the current president, who encouraged the demonstrations “for freedom and values.” Likewise, he poured ‘gasoline on the candle’ from a possible military intervention to close down state agencies such as Congress and the Supreme Court.

Luiz Inácio Lula da Silva, candidate for the Brazilian presidency for the Workers’ Party (PT) and Bolsonaro’s main contender, then accused him of calling for confrontations with acts “against democracy.”

A much more tense and complicated situation is expected for this year due to the proximity of the October 2 elections. On this date, Brazil will elect the president, vice president, national Congress, governors, vice governors, state legislative assemblies and the Chamber of the Federal District.

Also read: Faith as the engine of economic growth

In Brazil, as in most of the nations of Spanish America, the Napoleonic wars ended up boosting independence spirits.

Dom Pedro I of Brazil and IV of Portugal (1789-1834) remained as regent of Brazil when the Napoleonic wars ended. Thus, Don Juan IV – his father –, after his return to the throne of Portugal, wanted his son to return to Lisbon to continue maintaining colonial relations with Brazil.

However, Don Pedro rebelled against those wishes and decided to proclaim the independence of Brazil.

The story goes that the monarch unsheathed his sword and exclaimed: “Independence or death”, a phrase that became known as the Cry of Ipiranga and sealed the Brazilian independence from the Portuguese crown in the outskirts of the city of São Paulotoday one of the most populous capitals in the world.

Likewise, the sovereign abdicated in the midst of a serious political and economic crisis and was later crowned emperor of Brazil and first head of state.

He was not an ordinary prince, and God allowed him to be an instrument of liberation for both Brazil and Portugal, according to a quote attributed by the late historian Otávio Tarquínio de Sousa (1889-1959) to Evaristo de la Vega, one of the most bitter critics of the monarch.

In his opinion, Brazilians should be grateful to Don Pedro for having stayed in Brazil when he was asked to return to Portugal, which allowed the country to be a free nation and not a land “torn into small enemy republics, in which barely anarchy and the military spirit prevailed”, according to the quote from the historian de Souza.

“Don Pedro’s heart is the symbol of the fight for freedom,” said Francisco Ribeiro da Silva, historian of the Brotherhood of Our Lady of Lapa, in an interview with the agency. EFE

We recommend: The new addictions that affect the new generations

And that is why it will be transported on a Brazilian Air Force plane to participate in the bicentennial celebrations on September 7.

The Institute of Legal Medicine of Porto confirmed that the monarch’s organ can be transported in a pressurized environment, but TIME He was unable to determine the amount of the insurance to be paid, since he did not receive a response from the Brazilian embassy in Lisbon or from the Oporto mayor’s office, whom he contacted.

However, it is known that at least six people are needed to ensure maximum care for the organ during a displacement, which requires extreme care.

“We cannot forget that it is a human organ that has been deposited there for 180 years. The risks of disintegration are very real,” historian Ribeiro Porto warned. EFE.

Pedro I abdicated the imperial throne in 1831 and returned to Portugal, his native country, but in his will he left his wish that his heart remain in the city of Porto and his other mortal remains be buried in Brazil, according to some historians.

When 150 years of the Ipiranga Scream were fulfilledthe remains of Don Pedro were transferred and buried next to those of his two wives, María Leopoldina and Amelia, in the Independence Monument in the city of São Paulo.

The three bodies were later exhumed in 2012 and archaeological and scientific investigations were carried out to obtain more information regarding the emperor and the two empresses.

In January of this year, six years after the heart of Don Pedro I last saw the light of day, the Portuguese director Miguel Goncalves Mendes recorded it for a Portuguese-Brazilian film production.

Plus: The wisdom of the blue zones and the great secret of longevity

Although the Brazilian Empire officially ended with the proclamation of the Republic 133 years ago, some Brazilians believe that both Don Pedro I and his successor, Pedro II, were part of a golden age in their country’s history. A survey conducted in 1993 concluded that 10 percent of those interviewed supported the monarchy.

However, the sociologist Geraldo Nunes does not believe that today the result of a similar survey is the same, because “Brazilians are very concerned with our immediate present and future.” 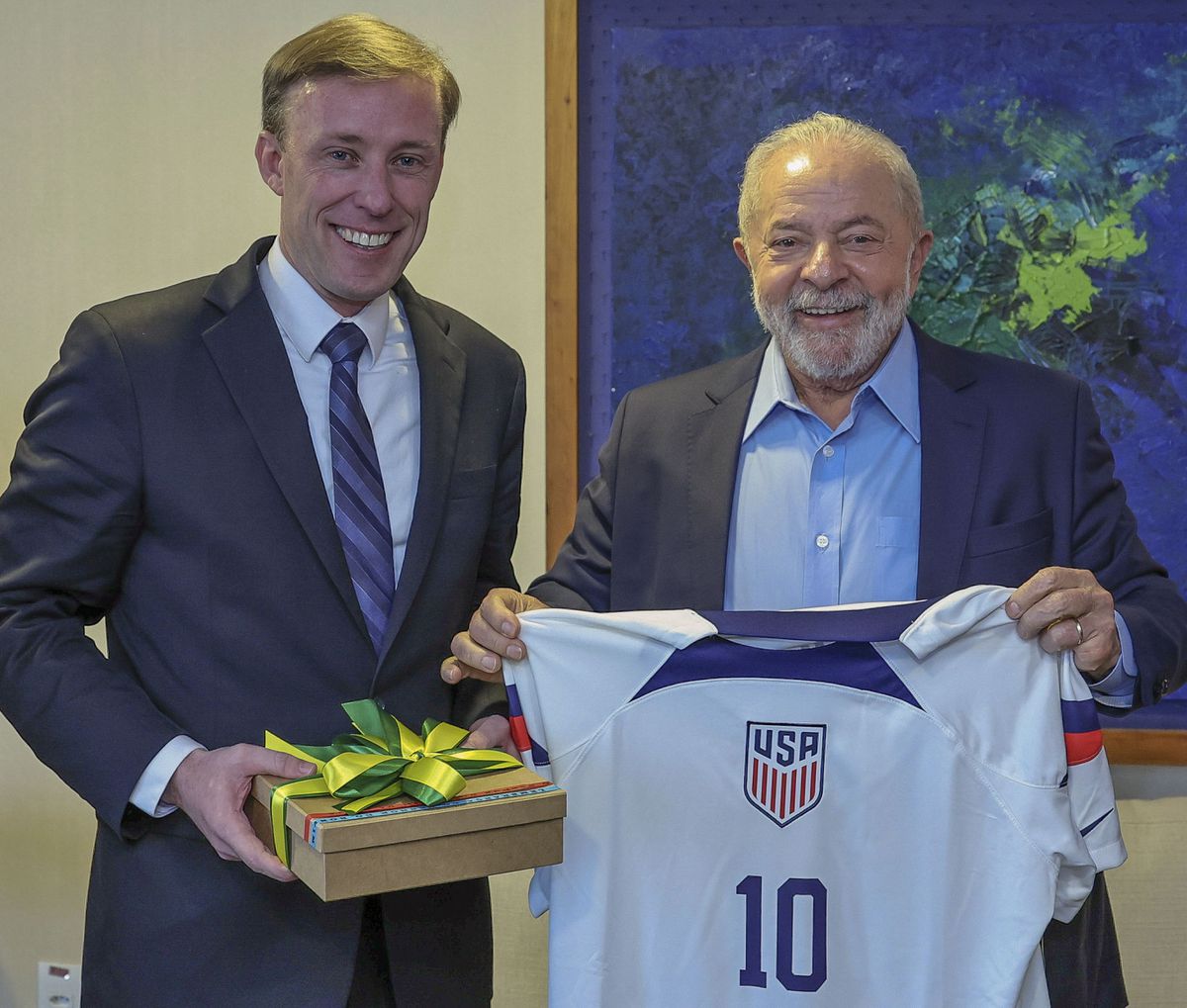 Belinda's bittersweet return to Madrid: "I love my country, but I wish they loved me more than they hate me"