Brazil: vaccination progresses slowly and they fear a violent new wave of coronavirus 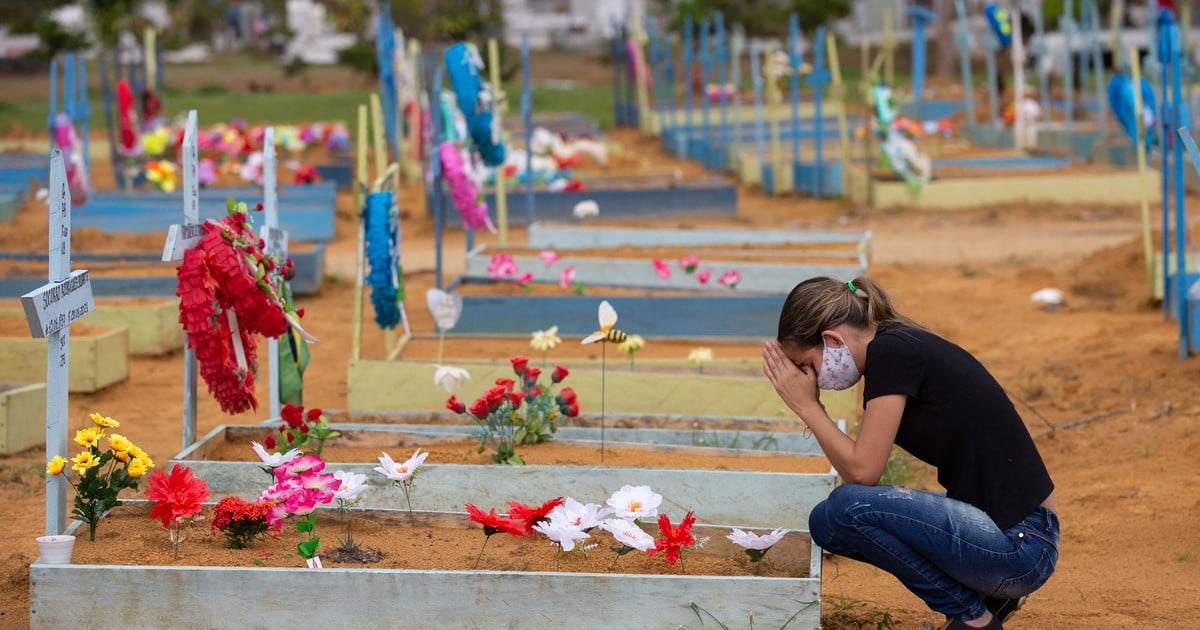 On Brazil, the second country with the most deaths from coronavirus, the sum of slow vaccination, premature reopening of the economy and potential of the Delta variant, identified for the first time in India, augurs a new onslaught of the pandemic.

Some experts speak of the arrival, this month, of a third wave more lethal than the first two, since it starts from a much higher plateau, with a moving average of about 2,000 deaths per day.

Others assure that in Brazil it is not possible to speak of waves, because never in the 16 months of the pandemic was the circulation of the virus stifled until the deaths and cases were reduced to a minimum, as happened for example in European countries.

Many attribute this to President Jair Bolsonaro and his campaign against quarantines for its economic damage.

In the dramatic months of March and April, when more than 4,000 were killed in a single day, nearly all governors reimposed non-essential service closures and nighttime curfews.

But as soon as the numbers began to fall, measures were relaxed, experts say, prematurely, while the country of 212 million inhabitants is close to half a million deaths and has one of the highest mortality rates per 100,000 inhabitants in the world (more than 220).

In its last extraordinary bulletin, the Fiocruz research institute warned that the “relaxation” of the measures will entail “an intensification of the pandemic “in the coming weeks.

Although the average number of deaths remains stable, the number of cases has tended to rise in most of the country in recent weeks.

“This process of maintaining high mortality rates, together with the increase in incidence rates, may have as a consequence a worsening of the health crisis,” warns Fiocruz.

Demonstrators protest against the organization of the Copa América in Brazil and demand vaccines, this Sunday in Brasilia. Photo: AP

The institution also warned on Friday that 12 of the 26 states and the Federal District have an increase in cases of Severe Acute Respiratory Syndrome (SARS), the vast majority of which are the result of the coronavirus.

“In Brazil, an unprecedented health catastrophe was normalized, and in most cases people live as if there were no pandemic,” José David Urbáez, member of the Brazilian Society of Infectology, explained to AFP.

“That is why this third recrudescence is expected to be very intense, because you come out of a very high step and a very intense viral circulation that is going to become even more intense,” he explained.

Bolsonaro, who in another controversy decided that the 2021 Copa América should be held in Brazil, has been the subject of an investigation in the Senate for weeks for his chaotic management of the pandemic, in part due to the late start and the slow progress of vaccination.

For now, less than 11% of the 212 million Brazilians have received the two doses.

The president of Brazil, Jair Bolsonaro, minimizes the risks of the coronavirus. Photo: REUTERS

But last week, in a speech to the nation, Bolsonaro reiterated his promise that “all Brazilians” will be vaccinated in 2021, an objective questioned by experts.

And he once again boasted that, thanks to the fact that “he did not force anyone to stay at home”, Brazil was one of the countries in the world that “grew the most” in the first quarter (+ 1.2%).

For Mauro Sánchez, epidemiologist at the University of Brasilia (UnB), the intensity of the third onslaught of the pandemic will depend in part on the rate of vaccination.

“If the speed of immunization is less than the negative weight of the relaxation of social isolation measures, the third wave can be strong,” he explained to AFP.

To this must be added the uncertainty of the Delta variant, whose first cases already appeared in Brazil and its spread may be favored by the economic reopening.

“If it is well adapted as in India, with high transmissibility and at least virulence equal to the strains currently in circulation, it can cause a very large number of cases,” warns Sánchez.

The potential beneficial effects of mass vaccination were confirmed with an unprecedented experiment carried out by the Butantan Institute in Serrana, a city of 45,000 inhabitants in the interior of São Paulo.

After vaccinating 95% of the adult population with the two doses, deaths from coronavirus fell 95%, hospitalizations 86% and symptomatic cases 80%.

“With 75% of the target population immunized with the two doses of Coronavac, the pandemic was controlled in Serrana and that can be reproduced throughout Brazil,” Governor Joao Doria, Bolsonaro’s rival, celebrated on Monday.