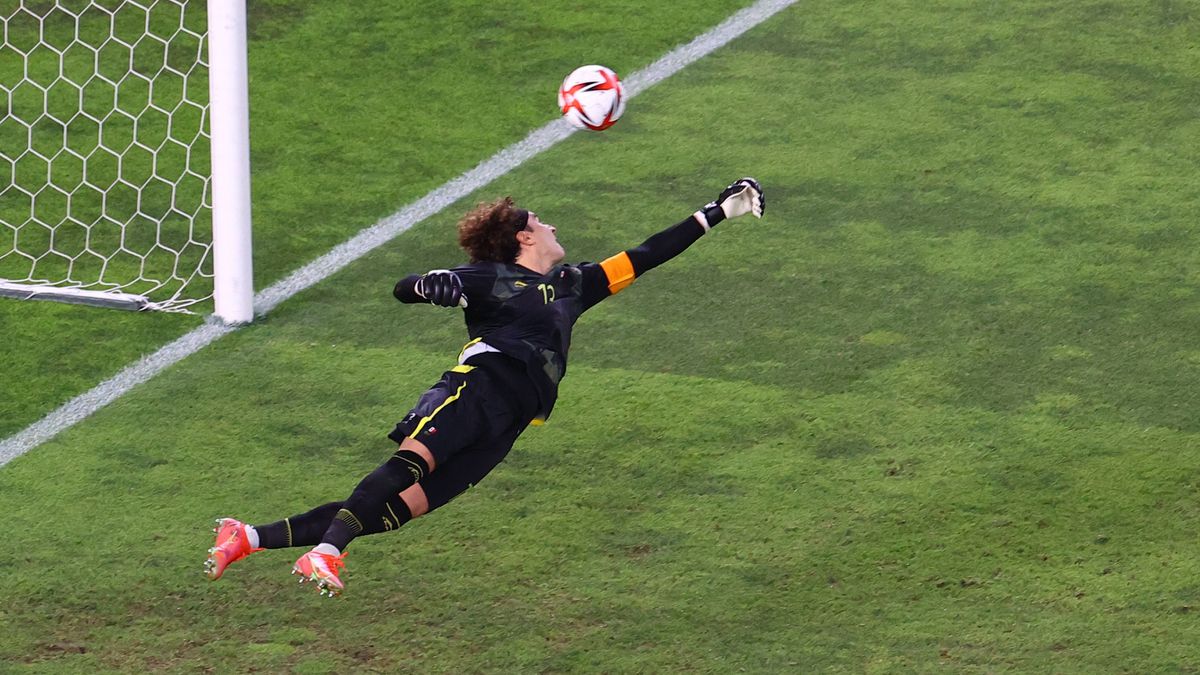 Tension in Kashima. Brazil had a hard time to overcome Mexico. The Mexican resistance lasted until 120 minutes into the game. The Brazilians, led by the pride of Dani Alves, beat him on penalties (1) 0-0 (4). El Tri, looking to get the favorite in the Olympics out of the way, pulled out its teeth to defend itself at just the right time, but the offense was scattered. Prize for a Canarinha that he tried harder and that he is looking for his second Olympic gold.

The Mexican team experienced the toughest game in Tokyo 2020. Accustomed to having the ball and setting up the game, El Tri had a Brazil that was the patron of the ball. The Canarinha pass by pass began to outshine the Mexicans. The Brazilian wingers, Antony and Claudinho, dribbled and despaired the Mexican defenders. Mexico had to entrust the first minutes to Guillermo Ochoa, its goalkeeper. The Brazilian Arana shot on goal, but the Mexican goalkeeper saved. On the 27th minute Douglas Luiz tried to deceive the referee by falling in the area after contact with Joaquín Esquivel. The VAR came to the aid of the Mexicans to avoid the penalty. Dani Alves, the 38-year-old captain, also tried to score from a free kick, but was denied.

The Mexicans tried to respond with the only avenues of attack: counterattacks and game changes. Thus they found an Alexis Vega who passed the ball from right to left for Uriel Antuna and he crossed to see if someone could reach the shot. Luis Romo arrived, kicked, but goalkeeper Santos thwarted the goal. In the final stretch of the first 45 minutes, Antuna had a key opportunity when he received a ball that was blocked by central Diego Carlos. Henry Martín, who served as a post, also finished off a corner kick and went outside.

Jaime Lozano, coach of Mexico, sent a team to the field that suffered casualties again. Full-back Jorge Sánchez missed the match by suspension in the match against Japan. The strategist also preferred to play Joaquín Esquivel as a midfielder instead of Carlos Rodríguez. Diego Lainez, the only Mexican in European football, was reserved as the trigger. After the first half, El Tri needed to shake off inertia.

Mexico took out the shield to protect itself and sought to rediscover its style. Lozano sent Carlos Rodríguez to the field. The encounter got stuck in the mud. Brazil could not find a way to attack with precision. Mexico dedicated itself to resisting and seeking a mistake. The fouls of both teams lowered the frenetic pace of the first half. Luxury substitutes like Reinier for Brazil and Lainez for Mexico entered the field. Inside the mud came a Richarlison header that ended up on the post. The ball spun agonizingly but favored Tri by not entering. Reinier also tried to go on the attack, make a rogue play, until they ran into the Mexicans.

The Mexican resistance reached the extension. The Mexican team reactivated the attack in the first fifteen minutes. The two teams already had to use their substitutes. The goal did not fall for either side. The game was broken. Brazil took the lead in the second overtime at half throttle. Mexico held on to Vasquez’s defensive talent until it was all over on penalties.

On penalties Dani Alves started the good round of penalties in which none of his teammates missed; in Mexico, forward Eduardo Aguirre could not fool goalkeeper Santos, nor was center-back Johan Vásquez. When Carlos Rodríguez scored it was too late, the train to contest the gold medal had already left. There is still the match for the bronze (Friday, 6:00 Central Mexico time).

De Rienzo, the shock hypothesis on death: “Overdose of heroin and sedatives”