Brazil overturns it in the 99th minute: but Colombia cries out for theft 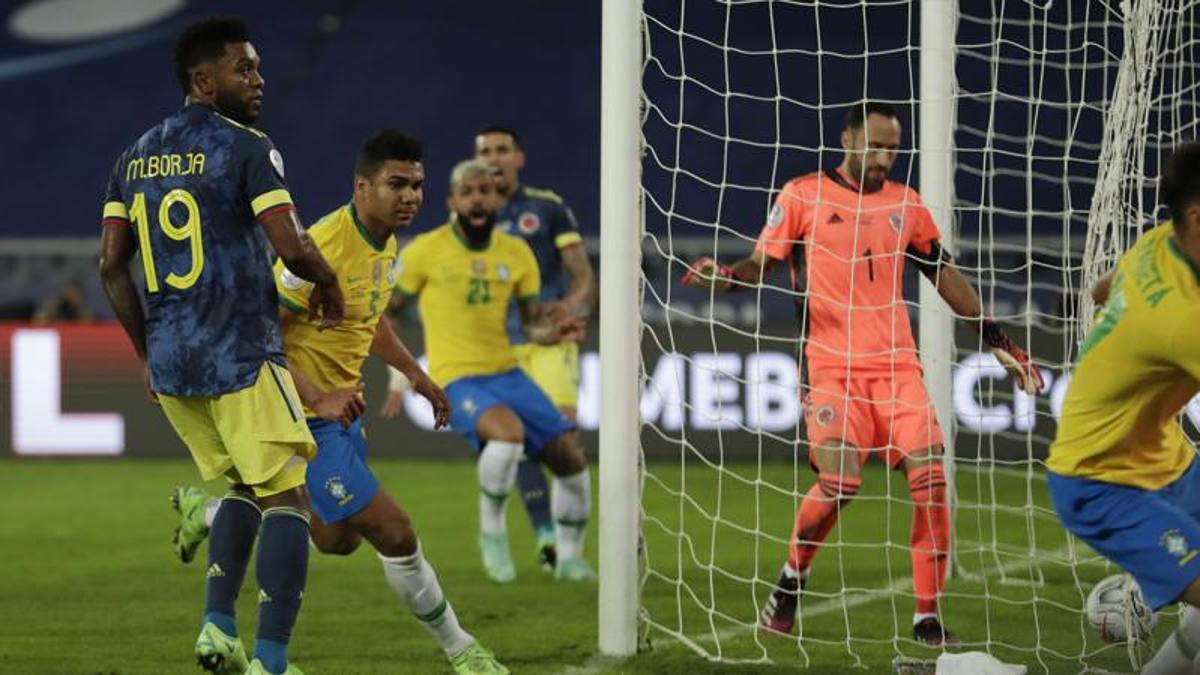 Seleçao secures first place in Group B thanks to goals from Firmino and Casemiro, after Diaz’s goal in the last 12 ‘. But it is controversy for the first green-gold goal spoiled by a touch of the referee Pitana

Still controversy, protests and Var protagonist, but Brazil continues the clear path in the America’s Cup. In fact, Seleçao hits the third win by overcoming Colombia in a comeback and securing first place in Group B, but in the Colombian home anger rises for the action that starts the Brazilian turnaround 12 ‘from the end. On Firmino’s momentary tie there is the hand of the referee Pitana, who validates the goal after a long conciliabolo in front of the monitor. Then Casemiro signs the success after a good 9 ‘of recovery. Tite thus establishes a new personal best of 10 straight victories on the day he celebrates 5 years at the helm of the Seleçao. In the sights of the gaùcho coach there is now the absolute record of consecutive victories signed by Zagallo (14).

Rueda chooses to focus on the attacking couple Zapata-Borré, but he finds the best weapons in midfield: on the outside, where Cuadrado confirms the amazing moment, and in the middle, where Barrios turns out to be an almost insuperable dam. Then there is Diaz, who after 10 ‘pulls an authentic “golazo” from the hat on a precise assist from the Juventus winger: overturned at the back post and advantage of Colombia, who in the next hour of play legitimizes the result, playing with security and giving only one big chance to rivals after a face to face between Neymar and Ospina concluded by a wood of the green-gold champion. In the final Rueda chooses to cover himself by giving up two of the three attackers lined up at the beginning while the nervousness grows for some foul on which the referee Pitana mistakenly decides to fly over, until the last frantic quarter of an hour in which everything happens leaving the Cafeteros with a bitter taste.

It all begins around 77 ‘, when Neymar tries to redeem a pale performance by starting yet another attacking action without too much conviction. Ney’s throw ends up hitting the referee’s body, which he gestures, giving the Colombian defenders the impression of wanting to stop the game. In reality, the action continues (rightly) with the ball still in possession of Brazil, three more passes and crosses in the area for Firmino, good at mocking Ospina with his head. Furious but useless the protests of the Colombians, forced to bite the bullet after a long pause and the review in the Var room. But it does not end there, because Colombia lets itself be overwhelmed by nervousness and frustration, throwing even that tie that would have been tight . All the fault of a corner kick beaten by Neymar, who in the 99th minute offers Casemiro the opportunity to sign the 2-1 taking advantage of the bad positioning of the opposing defense. Fortunately for Rueda, the knockout does not however compromise the passage to the quarters.