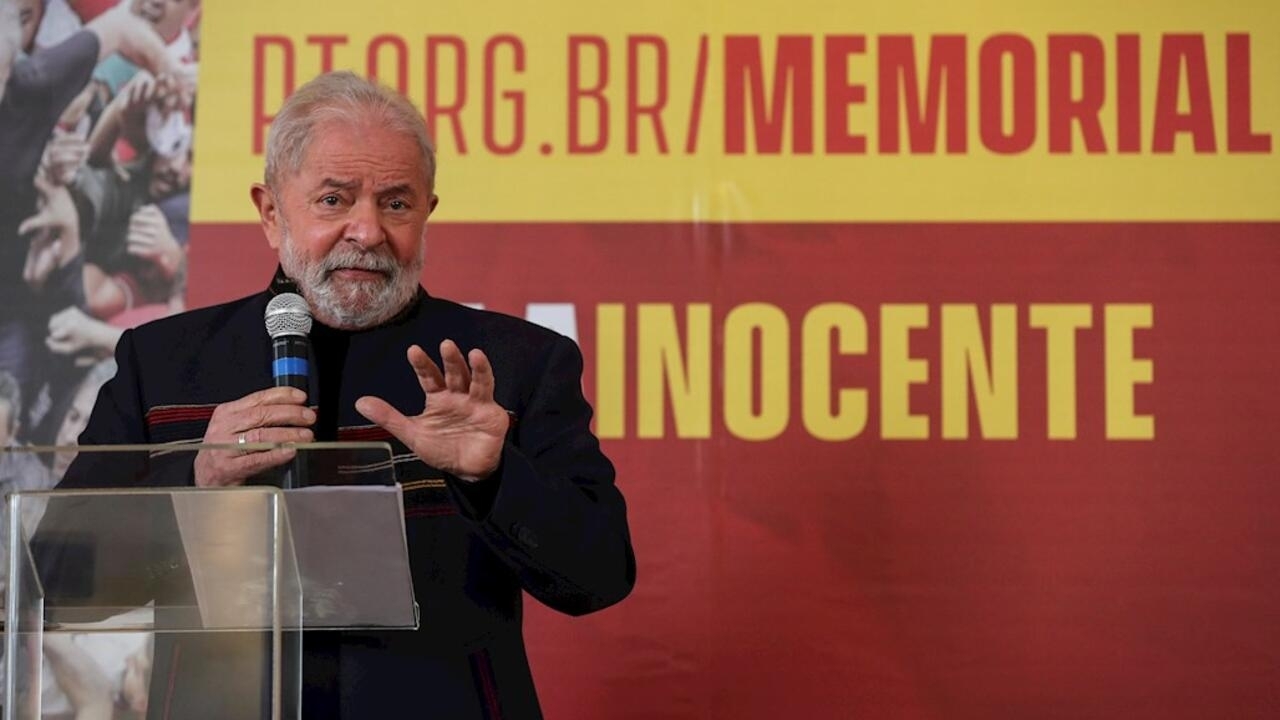 A Brasilia judge annulled the complaints filed by the Prosecutor’s Office against former Brazilian president Luiz Inácio ‘Lula’ da Silva for an alleged case of corruption around a country house in Atibia. The decision was celebrated by the leftist who could be a candidate for the country’s elections in October 2022.

A new complaint for corruption fell against former Brazilian president Luiz Inácio ‘Lula’ da Silva. Judge Kelly Alves rejected the allegations of the Prosecutor’s Office in which the president was again accused of having received a country house in the municipality of Atibia as a bribe.

This Saturday Alves, who is part of a court in Brasilia, published a document in which he said that the evidence was “insufficient” and that, therefore, there was no “just cause” that would allow the process to be reopened.

Lula had faced a legal process in the Curitiba courts led by Sergio Moro. The judge found him guilty of having received said country house, in addition to other charges that sentenced him to about 26 years in prison. However, the Supreme Court annulled them in March of this year.

The prosecution’s accusations were unsuccessful. According to said agency, the property was handed over to Lula by companies with irregular contracts linked to the state oil company Petrobras.

Lula himself spoke through his Twitter account with a short message: “Good Sunday everyone! The truth always wins! ”.

In addition, it published a statement that entitled “Another victory for Lula! Atibaia case closed. There are 17 victories for Lula in the courts and no convictions ”. The text reflects the defense of the leftist against the request to reopen the case known as “Sítio de Atibaia”.

The decision comes at a time when Lula is expected to be a candidate in the country’s elections in October 2022 and when polls place him as a favorite against current president Jair Bolsonaro, who would seek to be re-elected.

The Alves resolution joins a long legal journey that concerns the popular Brazilian politician and is directly linked to the Supreme Court ruling in March this year.

The body decided with eight votes in favor and two against, to annul all the criminal convictions that the former president was facing and for which he would have had to go to jail for more than 20 years. All of these had been processed in the courts of Curitiba by former judge Sergio Moro.

Lula was specifically facing four processes. The first was related to the acquisition of an apartment in the Guajurá spa on the São Paulo coast. The second was linked to the investigation into the Lula Institute founded by the president after leaving power. The third was related to the construction company Odebrecht and some alleged illegal donations. The fourth was the case of the country house in Atibaia and which was seeking to be reopened with the accusations of the Prosecutor’s Office.

Despite the fact that the former president served 580 days in a Curitiba police jail and lost his political rights that prevented him from running for president in 2018, the Supreme Court accepted an appeal from Lula’s defense and ruled that Moro had no jurisdiction on those four cases.

For the latter, Lula had been sentenced to 17 years in prison for the crimes of active and passive corruption and money laundering. However, it was ultimately undermined by the decision of the Brasilia court judge this Saturday.